Barcelona is one of the best cities in the world for trail running—get the scoop here!

The easy access to the mountains combined with the strong running culture of Catalunya has made Barcelona one of the best cities in the world to be a trail runner. The city itself is populated with great runs, but it takes very little effort to get out of the city and up into Collserola for true singletrack running.

The locals take every advantage of this easy trail access! Every day, the trails teem with runners out for everything from a quick after-work jog to an ultra-distance excursion deep into the mountains. It’s also common to be out in the mountains trying to complete a loop and to run across an entire area of the trail system that’s blocked off for one of the many races and events held in the park.

If you’re trying to figure out where to start, look no further than this guidebook. Here, you’ll find everything from a quick run on the Carretera de Les Aigues to the 76km Gran Trail Collserola route, Barcelona’s backyard ultra trail race. In between these two extremes, Barcelona to Sant Cugat and Trintat Nova to Vallvidrera Funicular both stand out as exceptional point-to-point routes. Whichever route you choose, you’re guaranteed a fantastic mountain adventure just minutes from Barcelona’s tireless energy! 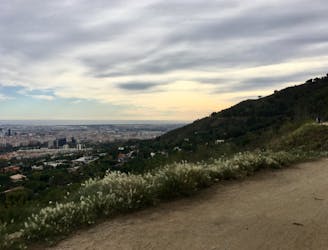 A mellow run with beautiful views of Barcelona 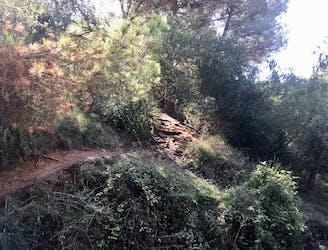 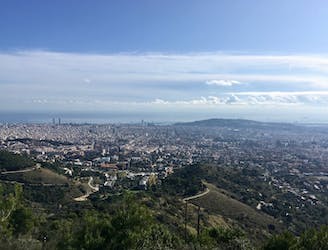 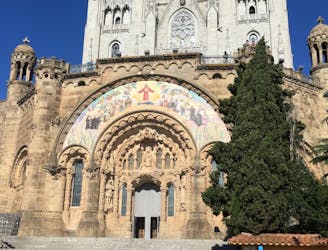 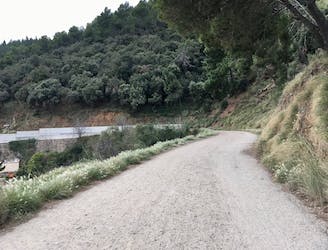 Run along a smooth gravel road with gorgeous views of Barcelona and the Mediterranean. 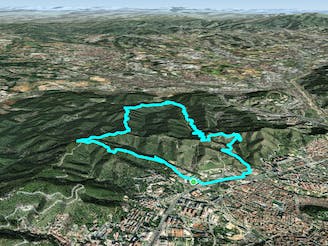 A medium-length loop through the northern reaches of Collserola. 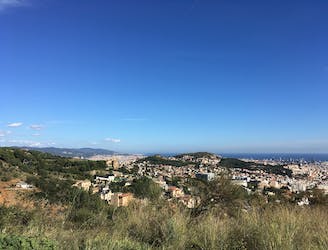 An easily-accessible loop route connecting some of Collserola's most popular trails. 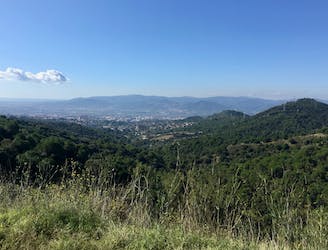