Ride the Zirmachbahn chairlift and from the top (2240 metres), make a 500 metre descending traverse, holding as much height as possible, to reach the large bowl to the north of the Hoher Burgstall peak. Put skins on and climb up the bowl, heading for the Burgstall Sattel col at the south-east end of the bowl. The skin up is initially quite steep (25 degrees ish) but soon mellows and leads easily to the col, which takes about an hour of skinning to reach. One at the the col, strip skins and skin down the lovely gentle bowl to the south of the Niederer Burgstall. After a couple of hundred vertical metres of nice mellow skiing the ground steepens for 300 vertical metres of great tree skiing and leads down to an almost horizontal hiking track. Turn left and follow this downhill. If you are the first skier on the track you will need to pole a bit but once the track has been established you can simply ski along it for 5 - 10 minutes all the way to the Galtalm, a stunningly positioned mountain hut with panoramic views of the Stubai valley. The Spinatknödel (spinach dumpling, served with olive oil and parmesan) at the Galtalm is one of the finest in the region, and that's saying something! From the hut, ski down a clear jeep track north-east for 10 minutes back to the station which separates the Kreuzjochbahn 1 lift and Kreuzjochbahn 2. 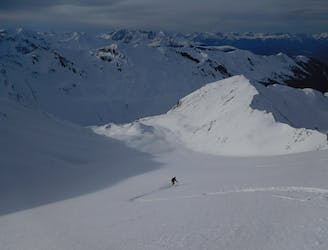 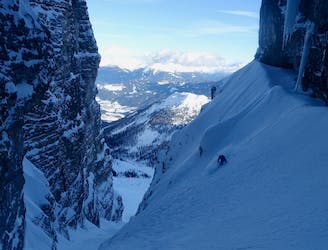 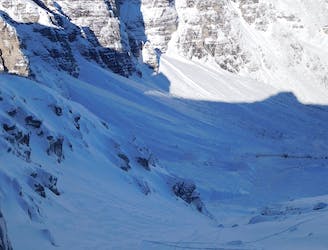 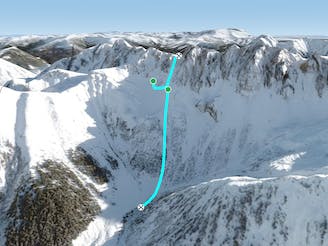 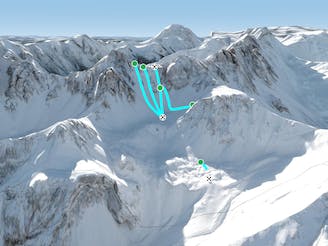 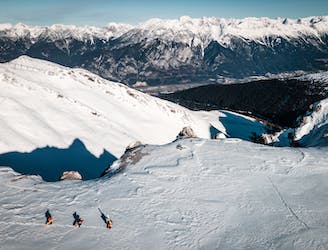 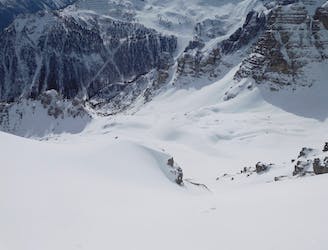 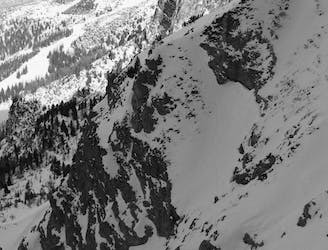 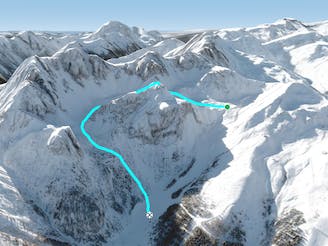 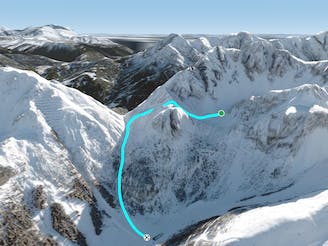 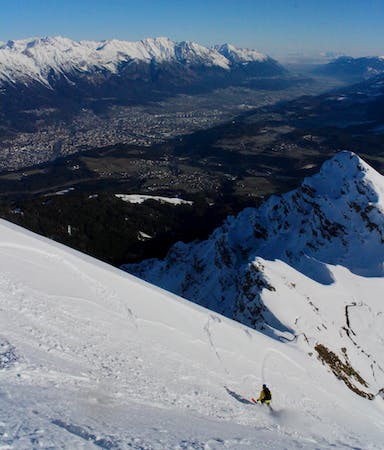 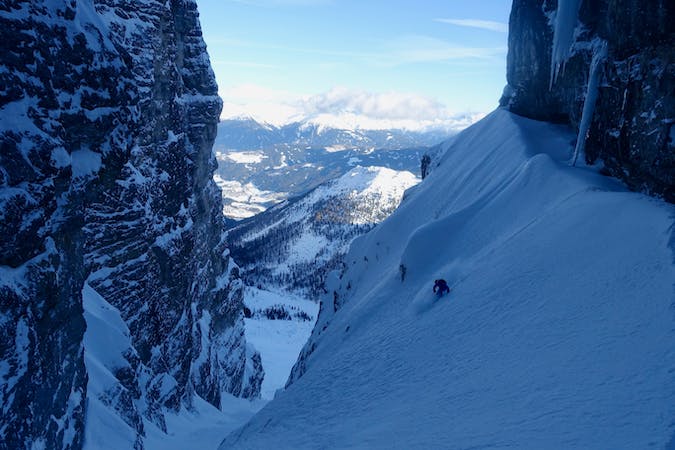 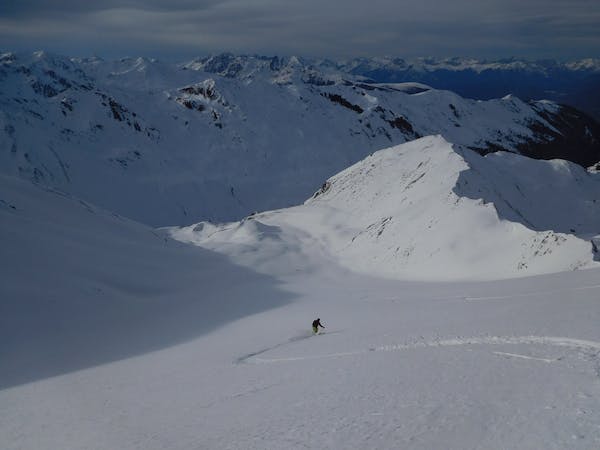 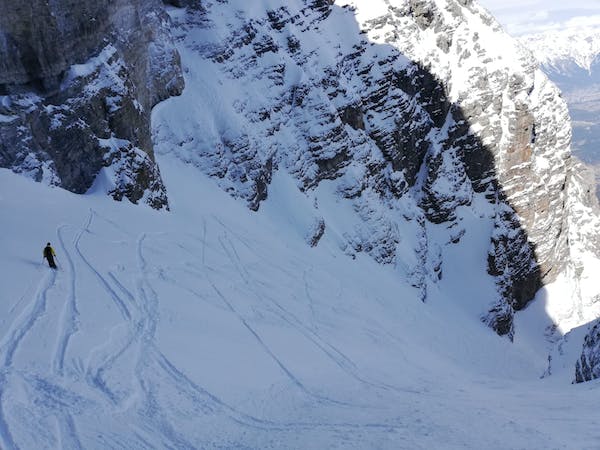