A mysterious scattering of crashed train cars and urban artwork in the forest.

The Train Wreck in the woods outside of Whistler is a recently famous oddity, though the unfortunate cars have been derailed for more than 60 years. For a long time, the wreck site was rife with mystery and access was sketchy, but it’s now a legitimate attraction with official trails that lead to it. Seven gnarled boxcars sit in the forest, inexplicably scattered among intact old growth trees as if they were somehow dropped straight from the sky.

The weird distribution of train cars is actually the result of a wreck on the nearby railroad in the 1950s, where derailed cars blocked the tracks and had to be dragged away by heavy-duty logging equipment. They were deposited where they now lie, left to reclamation by the rainforest. All trace of the mechanized extraction has since grown over.

Today, a network of trails run through the area, including the Sea to Sky Trail and a mountain bike park, so watch out for bikers when hiking. You’ll notice many berms and jumps built throughout the area, including some on the train cars themselves. On the way, you will cross a newly-constructed suspension bridge over the turbulent Cheakamus River in a tight gorge. The route mapped here takes the Sea To Sky Trail to connect with this bridge and reach the Train Wreck on the other side.

The cars have become something of an urban art installation as well, with the addition of graffiti by both professional and amateur painters. The wreck now remains as an eerie yet artful juxtaposition of the industrial and the natural in this proud rainforest.

Avoid any trails that cross the railroad tracks, because doing so is trespassing. Trails that begin near the Interpretive Forest or Cheakamus Crossing and reach the Train Wreck via the suspension bridge are the legal means of access. 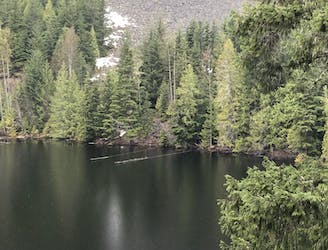 Semi-quiet trail with some scenic vistas accessible via local transit. 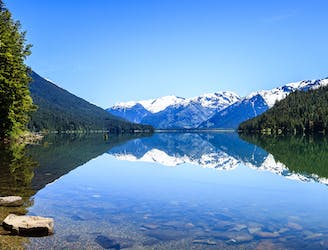 Walk among huge trees to a milky blue lake with swim spots and campsites in Garibaldi Provincial Park. 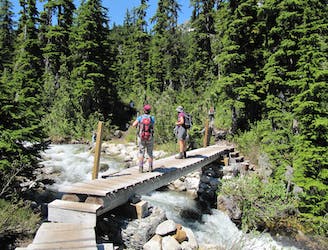 Gradual uphill hike through diverse forest, past a waterfall, to an alpine lake just outside Whistler. 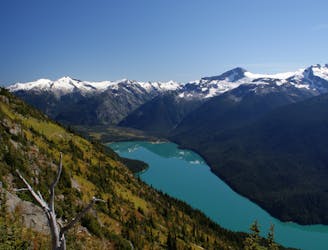 Hike from Whistler Resort through mountain meadows along an eye-popping ridgeline, to a small lake tucked high in the alpine. 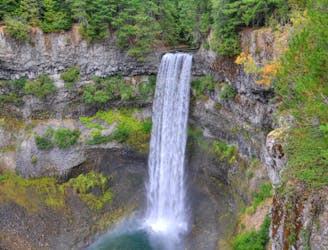 Short walk to a viewing platform over a picture-perfect, 70-meter waterfall. 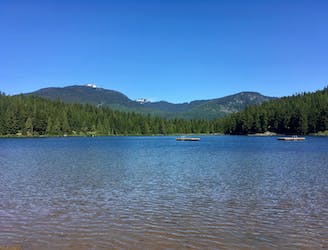 The easiest singletrack trails in Whistler. 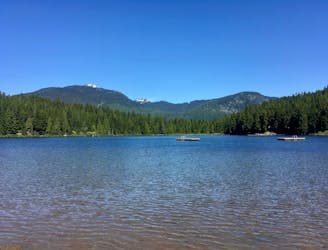 Hike along a flat gravel path to a beautiful swimming lake. 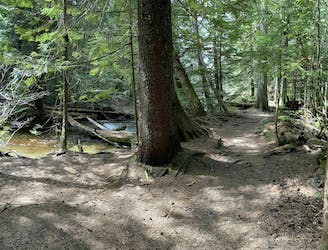 Off-the-track path through the woods and along the stream, steps from Whistler's town centre 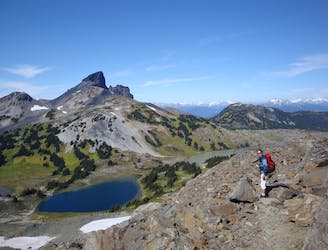