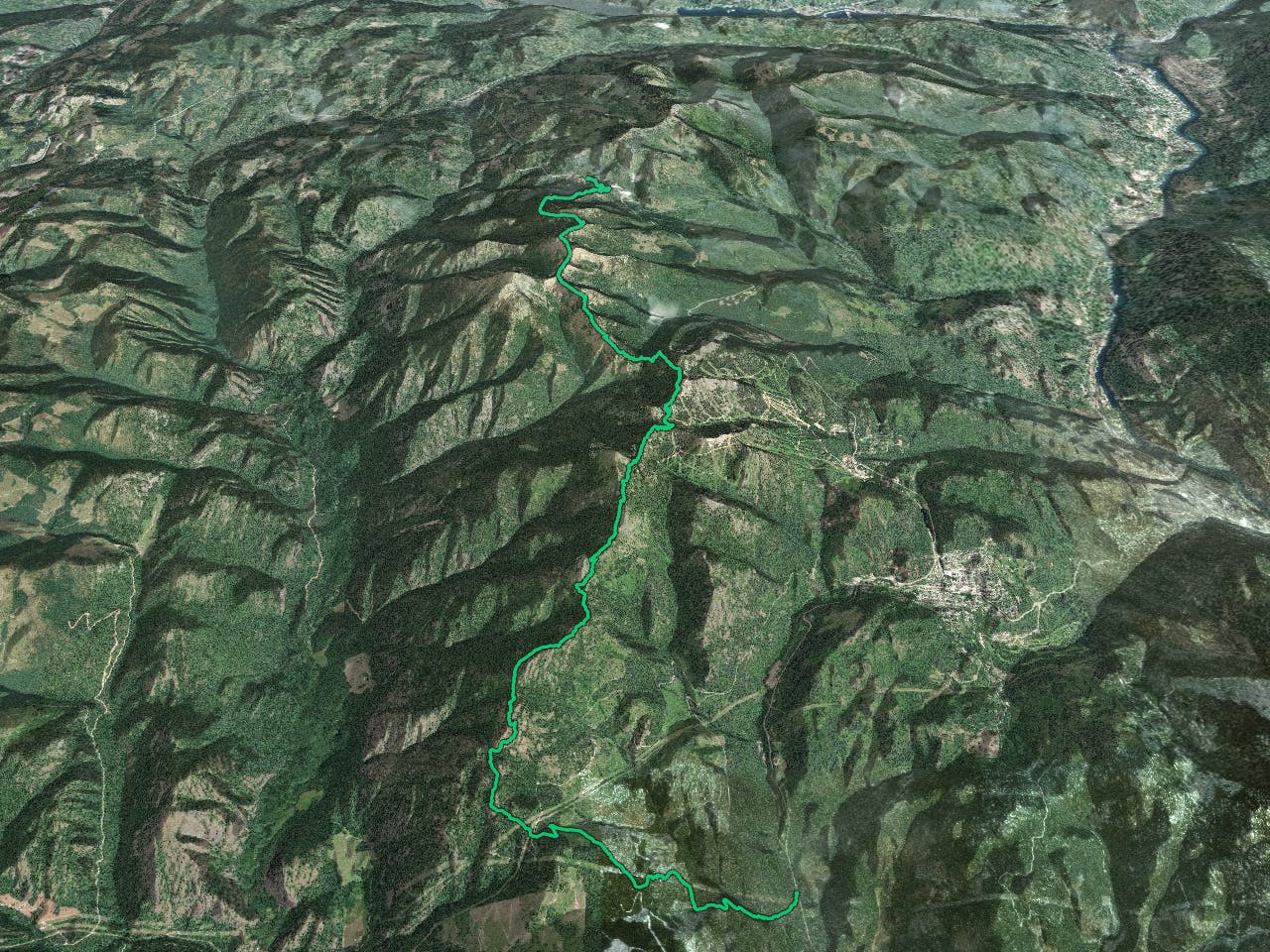 The classic big ride in the area is a long and magnificent adventure!

This is one of the best known rides in the Kootenays and for good reason; it features massive scenery, a series of tough but rewarding climbs, and a truly exceptional descent to finish. The route is linear so it requires a shuttle, but it's simple enough and even if you don't have access to a second vehicle there are companies in Rossland which offer shuttle services.

There are 3 climbs on the route and the first one is by far the longest, so by the time you reach the ridge which the bulk of this route traverses - starting just south of Mount Lepsoe - most of the height gain is already done. There's plenty of effort still required, but at least you'll get epic views for the rest of the day from Lepsoe onwards!

All 3 climbs on the route are pretty steep, and you'll be on and off your bike like a yo-yo for much of the time, alternating between pushing and pedalling. As such, the ascents don't look overly hard, but they feel tough and the stats don't really do justice to the challenge of this ride.

After the first climb the route undulates along a spectacular ridge, finding a route around Mounts Lepsoe, Plewman, Kirkup, Granite, as well as Record and Grey Mountains, and the most prominent peak in the region - Old Glory. The descents feel all-too-brief until the very last one, which is loooong and utterly brilliant. The vast majority of the descending on the route is rocky and bumpy, but the lower you get on the Dewdney Trail (the final part of this route) the smoother and easier the riding gets. Your shoulders and elbows will probably be aching by this stage, so the change of style is both enjoyable and very welcome!

One thing to bear in mind is that there is only 1 water source on this route and it lies about midway through, when you're riding through Red Mountain ski area. The water source is potable and it comes out of a pipe which was installed specifically for bikers riding this line. It's clearly marked with an orange sign and the rate of flow will depend on what the weather has been doing recently, but even in very dry conditions there should at least be a trickle. If there isn't and you're out of water, or if you're just unable to continue for any reason, it's possible to bail off the route down one of the Red Mountain trails.

As if simply completing this ride weren't achievement enough, the route is one of only 4 International Mountain Bicycling Association (IMBA) "Epics" in the whole of Canada - all the more reason to hit the breweries of Rossland to toast your success!