An incredibly well-positioned peak on the Austro-Italian border.

This is a classic hike to a summit which feels wild and remote despite being climbable in one (big) day. It is accessed from the Schlegeisspeicher lake which can be reached by bike, bus or car (via a €14 toll road) and is incredibly beautiful. No matter that you've got a lot of ground to cover today- take a few minutes to enjoy the lake before leaving it behind and heading into the mountains.

Head south away from the lake up a clear but rocky path signposted for the Pfitscherjoch Haus, a large and modern hut which sits about 100 metres into Italy. In stark contrast, the first hut you pass en route is the Lavitzalm which is charming for its old-school-ness and is best described as "rustic", but is all the better for it. The path up to the Lavitzalm is pretty rocky but the section between it and the Pfitscherjoch Haus is jeep track, and feels slightly tedious compared to what has come before it. The path all the way from the Schlegeisspeicher to the Pfitscherjoch Haus is sometimes done on bikes so if you can be bothered to push/ride your bike up the hill, you'll save some time and energy on the way down (provided you're a good rider and can handle the bumpy sections).

The Pfitscherjoch Haus has been on its current location since 1888 (!) and its most recent renovation came in 2012. Suffice to say that it's a historical and fascinating place which is worth a bit of your time to explore. The hut is also a logical place to grab a bite to eat and the food is excellent.

Head east from the hut and make the easy but spectacular climb up to the summit of the Rotbachlspitz (Croda Rossa in Italian). The terrain you pass through is rocky but non-technical and it takes you through some unusual lunar-like landscapes which give the feeling of being on another planet. The view from the summit isn't bad either; the Zillertal's highest mountain - Hochfeiler - is close by and the peaks of the Süd Tirol look tantalisingly close too. Much as it would be nice to sit and look at the view all day, you've still got a lot of ground to cover so turn around and begin the long trip back to the Schlegeisspeicher via the same route you came up. 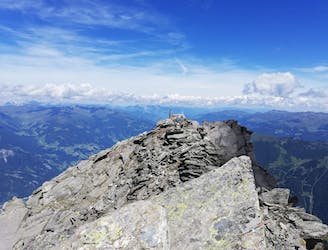 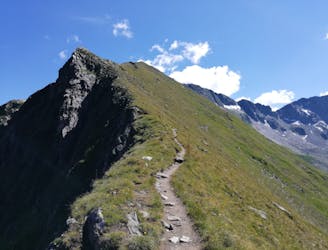 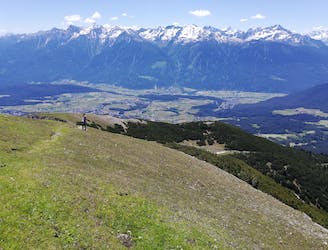