A steep run to the north of Finale Ligure.

This run heading deep into the mountains north of Finale Ligure begins in the historic walled town of Finalborgo. After climbing quickly past Castel San Giovanni via a cobblestone path, you’ll soon reach Castel Gavone in a prominent position above the valley.

According to Wikipedia, Castel Gavone "was the headquarters of the Del Carretto marquises, lords of Finale.” First built in 1172, the castle has been enlarged and fortified over the years, partially demolished, and then subsequently rebuilt… as with most castles.

In 1989, “the castle was donated to the Municipality of Finale Ligure, which is currently providing for a recovery aimed at the conservation and tourist enjoyment of the imposing ruins,” according to Wikipedia. As of the time of this writing, you may not be able to access the castle directly, but you can still view it from the trail.

After enjoying the views of Castel Gavone, continue on to the bulk of your run.

This route may be short, but it’s quite steep. After traversing the Bric della Croce ridge for a distance, the run drops into the valley and climbs quickly up to Montesordo.

After Montesordo, you’ll drop into another valley and follow it slowly upward until you gain another low ridgeline. Double back and traverse down this ridgeline, and drop once again into a valley before finally ascending to Bric della Croce, the highpoint you’ve been eyeing for the entire run.

Finally, you’ve reached the top of Bric della Croce! Stop and savor the view from your highpoint, and then finish your run by slowly descending the ridgeline, passing Castel Gavone again, and terminating back in Finalborgo. 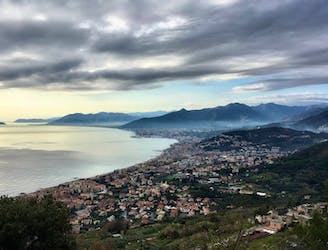 Maximize the best trails on Monte Caprazoppa with this recommended loop. 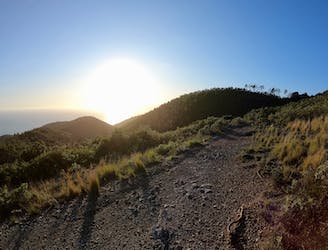 A long loop incorporating some of the most beautiful trails in Finale Ligure! 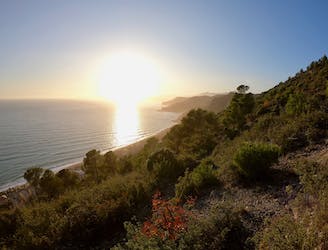