Pizzo Lucendro is a fine and popular ski peak, a fitting way to end your trip.

From the hut ski down to the E until the flats where the valley turns N at about 2220m. From here you skin up to the E, heading for an unnamed col at about 2800m. Cross onto easier angled slopes on the far side of the col and skin up steepening slopes to the ridge just to the E of the summit, then a final bootpack to your final top of the week, Pizzo Lucendro at 2963m. Reverse your line of ascent then, from the flats where you put your skins on, continue N down the gentle valley to the village at Realp. Reward yourself with a beer for your efforts of the week, then hop on the train through the tunnel and easily back to your start point in Fiesch. 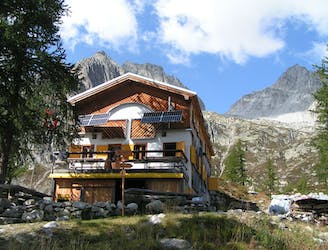 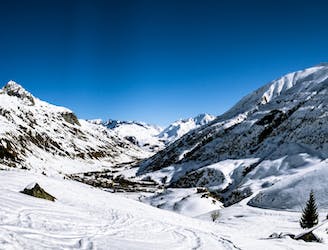 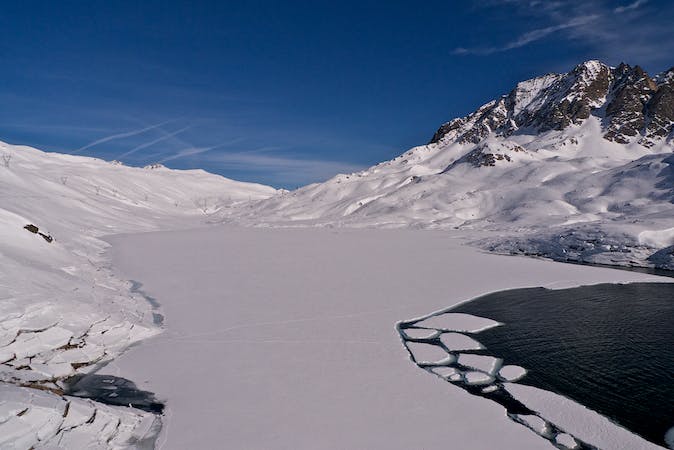