A hidden gem located in the heart of the Magdalena Mountains.

Located in the heart of the Magdalena Mountains, this route delivers a backcountry trail running experience like no other.

Deep within a remote portion of the Cibola National Forest, very few people get to experience the true beauty of this hidden New Mexico gem. According to Wikipedia, "The range takes its name from a volcanic peak on the west side, named Magdalena Peak, after Mary Magdalene. A talus formation and shrub growth on the east slope of Magdalena Peak is said to resemble a woman's face. According to Julyan's Place Names of New Mexico, one legend about the mountain purports that 'a group of Mexicans was besieged by Apaches on the mountain, when the face of Mary Magdalene miraculously appeared, frightening the Indians away.'"

Water Canyon Campground and Picnic Area serves as the trailhead for most people. This free campground sees little use and is a great staging area for the route. There are two vault toilets, but no potable water.

As an alternative to the campsite, you could also begin the loop from the adjacent picnic area, or at any of the numerous roadside parking spots nearby.

This loop can be done in either direction but would be considered slightly easier in the clockwise direction, as you will have several minutes to warm up your legs before beginning the main climb.

When the road takes a sharp turn to the left, the trailhead is on the right and denoted by a marker.

While the trail is typically accessed during the warmer months, it could also be traversed in the winter, should one have the proper gear. Early and late winter snowstorms can pop up at a moment's notice. Check the weather forecast, as the top of the mountain is the highest point in the region and is a magnet for inclement weather.

Hunters also use this area, particularly in the fall and winter. Wear blaze orange clothing and be mindful of wildlife in the area.

Trail #11 begins ascending through a wash, before eventually transitioning into a narrow, exposed bench. While the climb is relatively steady with minimal challenges, this climb will test even the strongest trail runners and hikers as it ascends up to 10,000'. Upon reaching the road, turn right and continue the final climb up to the Magdalena Ridge Observatory.

After taking in some breathtaking views above 10,000', the trailhead for North Baldy Trail (#8) heads northwest onto a short, steep slope. This portion of the mountain is extremely remote with minimal trail markings. After a small portion of trail through the timber, you will enter a small clearing where the trail intersects Copper Canyon Trail #10. This turn is easy to miss as the trail sign is frequently in disrepair.

From here, the epic descent begins. Loose rocks line the upper sections of the trail and can make it slow going. Gaiters would be a great piece of gear to bring along, should you have some.

Roughly halfway down this 3,500' descent, the grade begins to mellow out. After passing the old mining cabin, you are on the final approach back to the Water Canyon Campground. 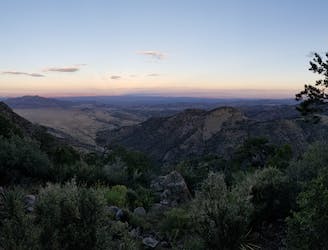 An excellent trail run through picturesque rock formations, leading to a panoramic overlook. 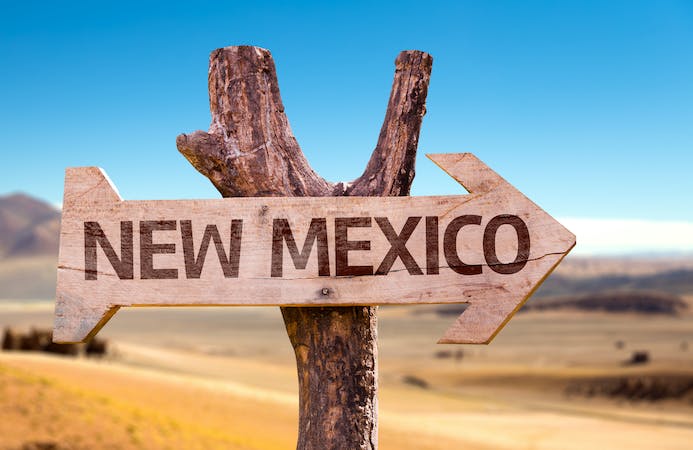