Though this is a simple out-and-back gravel grind, this route is nothing short of epic. Starting at the Big Ivy Trailhead, this ride is 100% gravel, full of roadside waterfalls, and ends at the trailhead for Douglas Falls. If you prefer to clip in, consider bringing a pair of shoes or sandals along, and a small lock so that you can make the final ~20-minute trek up a trail to the waterfall.

Big Ivy Road is open to vehicles except between January and April. For the exact dates each year or for road conditions, contact the Appalachian Ranger District at 828-689-9694. Hunting is also popular during the fall and winter, so wearing blaze orange is a must.

As for the ride, the first couple of miles are rather steep and may be challenging if you have a larger chainring or narrow-range gearing. Don't worry if you have to stop and catch your breath, though—you won't be the first. After the road turns to the right, it continues climbing, but at a more gradual pace. Along the way, you'll pass several stunning cascades and a massive rock wall popular among rock climbers.

A quick loop at the map will lead many to wonder if there are ways to create a longer gravel loop with Laurel Gap Trail. Not only is there no feasible option to make a loop, but Laurel Gap is also often extremely overgrown during the spring and summer, and could be considered impassable and/or unenjoyable. Little Andy and Upper Corner Rock, the two trails that look as though they could form a loop, are both extremely steep. If you're up for a hike-a-bike though, Upper Corner Rock would be your best bet to pair Laurel Gap and Big Ivy Road for a fall or winter gravel loop. If you chose that route, consider a mountain bike or hardtail instead of a gravel bike since Laurel Gap can be muddy at times. 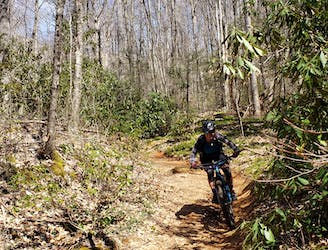 A fast and flowing descent in Big Ivy loaded with optional kickers. 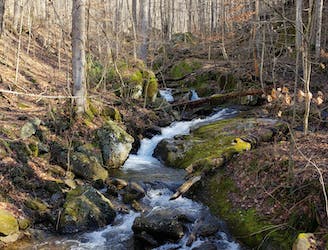 An incredibly steep and technical descent in Big Ivy. 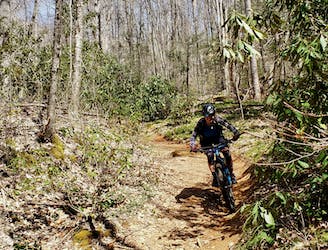