Pedal all 469 miles of the Blue Ridge Parkway for an epic road cycling adventure! 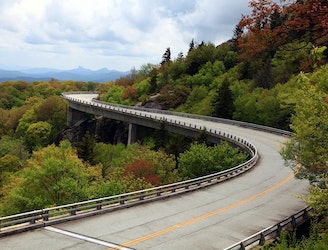 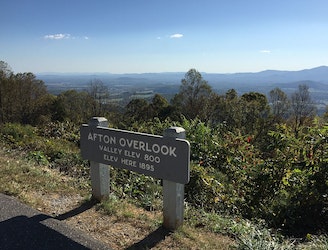 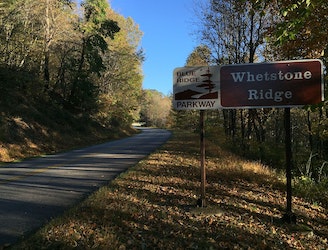 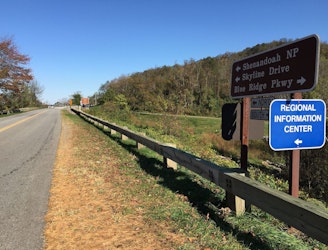 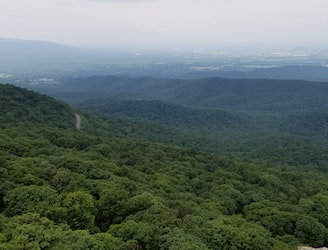 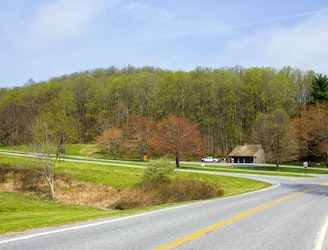 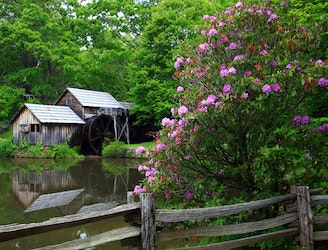 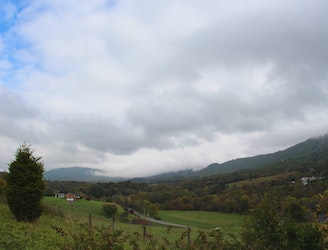 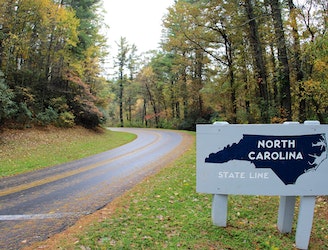 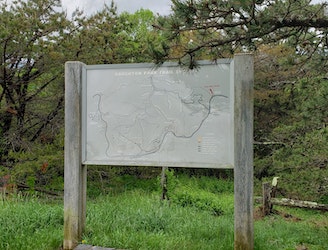 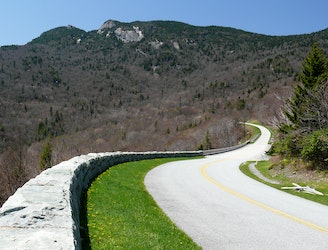 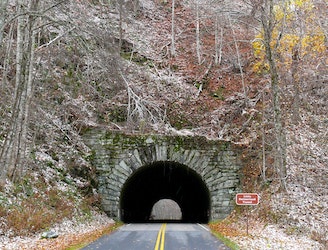 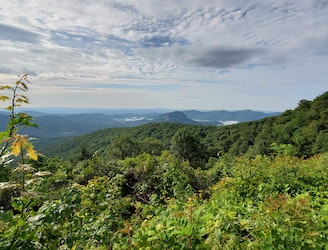 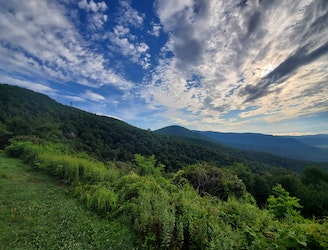 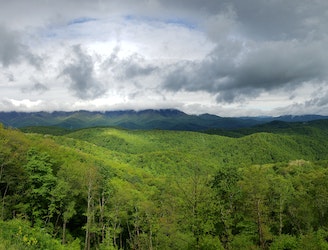 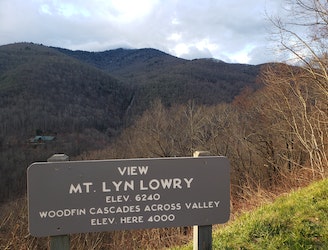 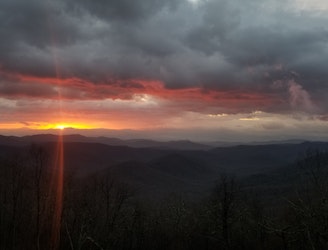 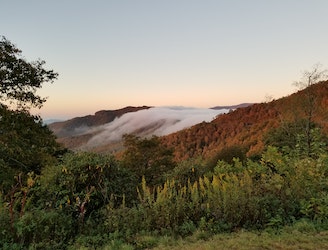 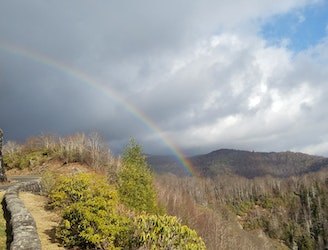 Totaling 469 miles and spanning two states, the Blue Ridge Parkway is considered America’s most scenic roadway and a bucket list road biking experience. The Parkway passes through the heart of the Appalachian Mountains—one of the oldest mountain ranges in the world—and offers endless, stunning overlooks along the way. Whether you’re planning to ride the entire roadway or are looking for a shorter ride to a view, this guidebook encompasses all four major regions of the Parkway plus their key highlights: Ridge, Plateau, Highlands, and Pisgah.

Spread throughout the park, you will pass countless amenities, including campgrounds, visitor's centers, restaurants, general stores, and as previously mentioned, plenty of stunning overlooks. According to the Blue Ridge Parkway Association, you will even have opportunities to experience the following marvels along the way:

The northern entrance to the Blue Ridge Parkway is in Afton, Virginia along Interstate 64. It’s roughly halfway between Staunton and Charlottesville and less than 30 minutes from each. As the roadway is free to drive, the entrance is rather underwhelming. Only a parking area and unmanned kiosk denote the start. Shenandoah National Park is located just to the north and includes Skyline Drive, a similarly designed roadway that requires a fee to drive or ride.

The southern entrance is located near Cherokee, NC, a gateway to the Great Smoky Mountains National Park. Western North Carolina offers an array of ways to access the Parkway, including the popular “commuter section” that passes over two interstates and multiple roads through town. Roanoke also offers its share of access points around town.

At times, “weather conditions may cause temporary road closures along the parkway,” according to the NPS. This is especially true at higher elevations during the winter months. “The Parkway may be closed due to ice, snow, or downed trees – even at times when the weather at lower elevations is sunny and pleasant,” they continue. Thankfully, the current road conditions, including active advisories and closures, can be viewed here. Make sure to bookmark the link so that you can easily find it for future use.

Even during the winter months, several stretches of the Parkway receive priority treatment since they double as thoroughfares for morning and evening commutes. In particular, Asheville has several miles of the Parkway that pass through town that locals refer to as the “commuter section.” It’s basically from Brevard Road (191) near Bent Creek to Tunnel Road in east Asheville. While riding this section is a popular choice, it’s not particularly scenic and sees more traffic than other, more remote sections in the mountains. It is, however, extremely convenient for cyclists and can get you across town with ease!

The NPS urges bicyclists to use extreme caution when riding, as the roadway was “designed as a scenic leisure road for motor vehicles, and does not have designated bike lanes.” A list of regulations for cyclists can be found here. To highlight the list, however, cyclists:

Though it may seem common sense to experienced cyclists, helmets are a must when riding the roadway. “North Carolina law requires it for persons 16 and under, and many Virginia counties do as well,” the NPS continues. High-visibility gear, extra layers, tools, and spare tubes are also a must, even if you’re just heading out for a short ride. Many stretches of the roadway, especially as you near Mount Mitchell, can be 20 or more degrees cooler than the surrounding valleys. Also, a 5% chance of rain means you will get rained on in Pisgah National Forest, so bear that in mind. There are no bike shops along the roadway itself, but there are a few options in both Roanoke and Asheville.