Three of the Best XC Rides at Silver Star

A trio of fabulous trips including the truly amazing Beowulf - one of only 4 International Mountain Bicycling Association "Epics" in Canada! 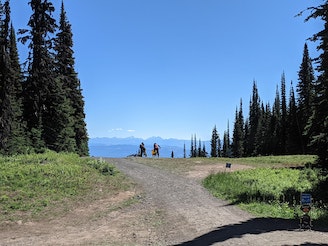 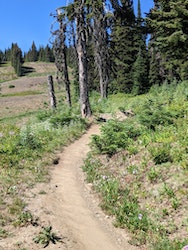 Typically fun trail on the way down 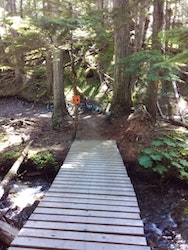 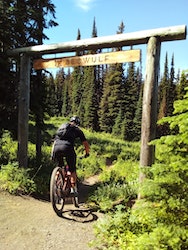 The start is hard to miss! 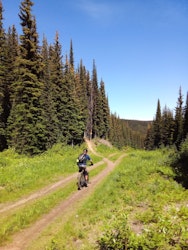 One of the more open sections on the undulating section 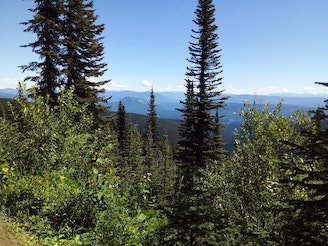 Huge views from the top of the main descent 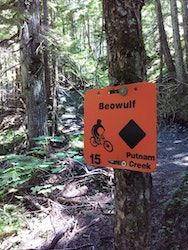 One of the signs which mark the route 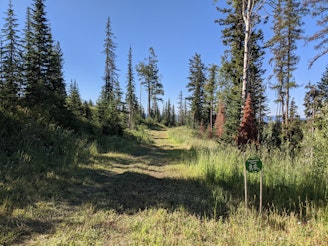 Silver Star, nestled in a small valley 25km's north-east of Vernon, is a popular destination for skiing (both cross country and alpine) and its bike park is considered one of the finest in Canada. What's less known about Silver Star is that it's also home to some superb XC bike rides, including Beowulf - the jewel in the Silver Star crown!

We've included 3 rides in here and there's a fairly obvious direction in which to progress through them. The short and easy trip around Corkscrew is a logical place to start your exploration of Silver Star, and it can even be done before breakfast as a warmup to a bigger adventure.

The scenic trip up Paradise and down Snake Pit is a full-ish day in itself, but not big enough that it will leave you too tired for a trip along Beowulf the next day. Beowulf itself is legendary and features a loooong descent followed by a tough climb out as payment for the fun! The ride goes through some wonderfully peaceful forests and also provides some good kudos because it's one of only 4 International Mountain Bicycling Association "Epics" in Canada, 3 of which are in BC. In case you're looking to tick them all, the other 2 BC rides are "Warner Lake" (which requires a float plane ride!!!) and The Seven Summits - https://fatmap.com/routeid/3047083/The_Seven_Summits/@49.2753135,-118.1661001,91874.8750291,-90,0,1674.7156996,satellite - near Rossland. The 4th IMBA Epic in Canada is "Mountain Hero" in the Yukon and even getting to the start involves a long drive from just about anywhere!

Regardless of whether Beowulf is your first IMBA Epic or your last, it's a wonderful, tiring and memorable adventure which should be toasted with a cold drink in Silver Star village!

Ride up through gorgeous forests and down a fun, technical singletrack

An epic descent in a wild part of Silver Star is followed by a tough climb back out!

Cruise through the Silver Star forests on this easy jaunt