Get Steep and Deep on Blackcomb Mountain's Best Trails

Blackcomb Mountain is home to some of the best pedal-accessed trails in Whistler! 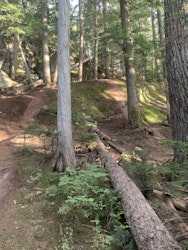 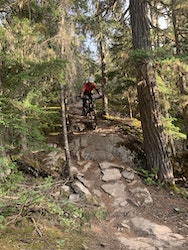 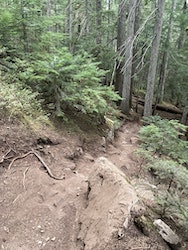 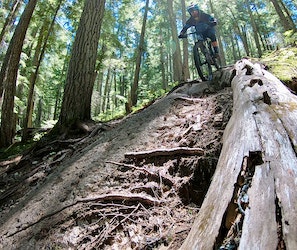 A few steep slabs on Microclimate 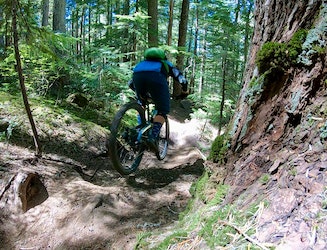 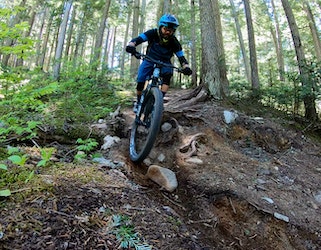 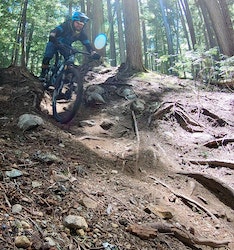 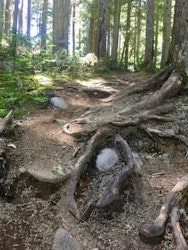 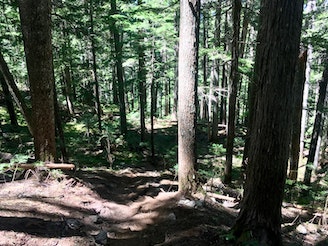 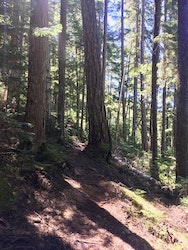 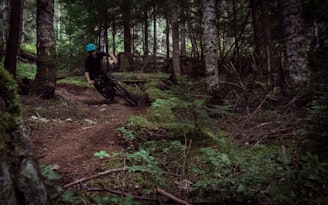 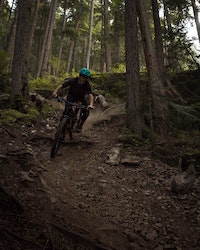 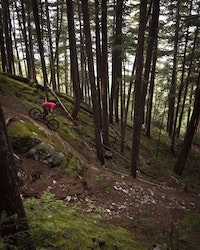 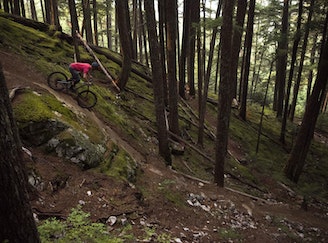 If you ask a Whistler local where their favorite place to pedal enduro trails is, without hesitation, they'll respond with simply, "Blackcomb."

"Blackcomb" refers to Blackcomb Mountain, which is Whistler's sister mountain. While Blackcomb is home to plenty of chairlifts and is connected to Whistler mountain via an impressive aerial tram, there aren't any lift-served trails available on Blackcomb during the summertime. Instead, you'll have to grind steeply up a couple of thousand feet to access the incredible trails hidden beneath the dense forest canopy.

This steep uphill grind—a full 2,000 feet to reach the top of Dark Crystal—keeps most of the hacks away. And that's a good thing, as every single one of the trails on Blackcomb Mountain is steep, technical, and demanding. The only question is—exactly how demanding?

Dark Crystal is also one of the most famous Blackcomb trails, as it's the longest single trail on the mountainside. This superb descent runs steep and deep through the forest, connecting rock slabs and loamy singletrack (or singletrack that was once loamy, and is now more rooty than anything). Dark Crystal's appeal (and Blackcomb Mountain's in general) is that it's a long, sustained descent with no trail connections or navigation to worry about. In contrast, trying to descend a route in the classic Westside zone requires constant up-and-downs and connecting dozens of trails together. On Dark Crystal, you can just get into the zone and rip!

Golden Boner to Roam in the Loam does defy this convention a bit by requiring a few trail connections, but it creates a surprisingly flowy, approachable romp down Blackcomb Mountain. It's the least technical trail combination on Blackcomb and as such, doesn't quite have the renown of the aforementioned trails, but it's truly a great ride.

If you want to step up the technicality, Hey Bud is your next hit on Blackcomb. This old-school line has been cleaned up in recent years, but it still features some rough chutes, gnarly sections, drops, and a creek gap.

Finally, Crazy Train is a truly insane double black diamond trail down Blackcomb. According to Instinct Development, it's "filled with steep chutes, big rock rolls, and fast fall line riding!" Crazy Train is generally considered to be an experts-only ride, but it provides a fantastic, technical, high-speed test piece for the top-tier riders that Whistler both attracts and creates.

Note: The Blackcomb Trails are only open from July 1st-September 30th and are closed outside of that window due to ski resort operations. Also, due to the soil composition of these trails, they are not suitable for wet-weather riding. Only ride these trails when dry.

The trail of all trails!!! Created by a genius.