The 2 classic routes to the highest mountain in the "Land of the Long White Cloud" and 2 acclimatisation peaks to get you prepared! 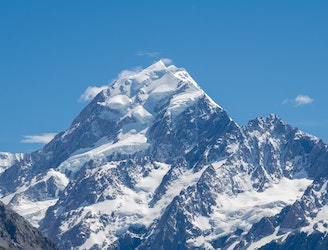 Aoraki/Mount Cook - Known as the "Cloud Piercer" for good reason. 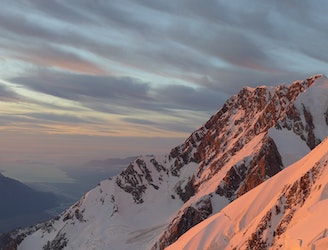 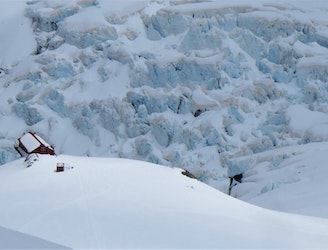 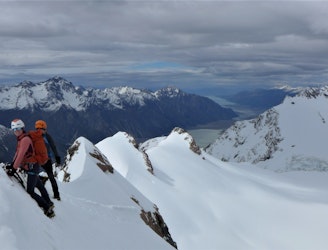 Mount Cook holds a special place in the hearts of New Zealanders - it is believed to have been first sighted by Maori settlers in the 14th Century, and then "re-discovered" by members of Abel Tasman's crew after his first Pacific voyage.

Maori legend states that Aoraki was a boy who was sailing around Mother Earth with his 3 brothers when their canoe ran aground and tilted. The brothers climbed to the top of their canoe but a southerly wind froze them in place, creating the South Island of New Zealand from their canoe and the Southern Alps from the brothers themselves.

In more recent times Aoraki/Mount Cook has become the focal point of New Zealand alpine climbing. Its first confirmed ascent was in 1894 and even today it remains a serious challenge due to its technical difficulty, objective hazards and the sheer length of the routes up it. Even by its "normal" route - the Linda Glacier - it is a major undertaking and a coveted prize for alpinists of all levels.