3 beautiful mountains which are wonderfully remote and completely free of lifts! 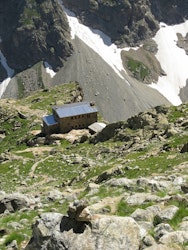 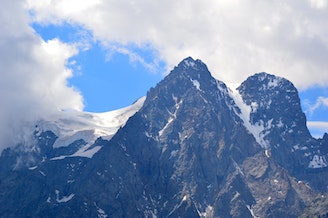 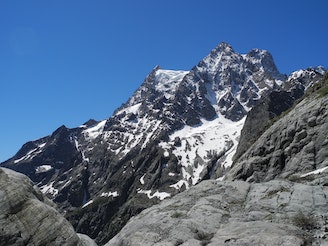 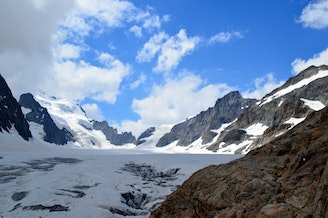 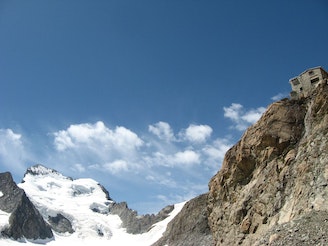 Barre des Ecrins and the Refuge 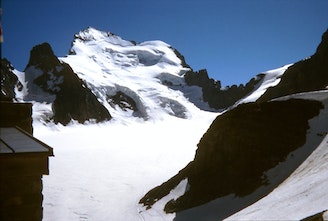 Looking at the Barre from the hut 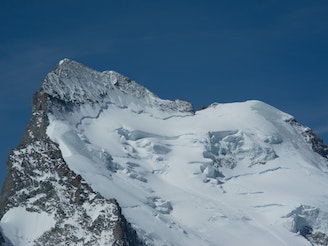 Your peak with a party visible on the glacier 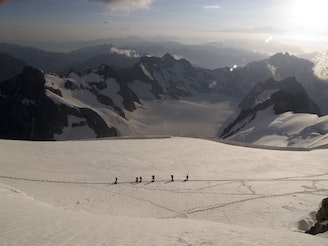 High on the glacier looking down the way you came 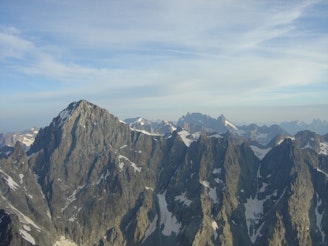 The Barre from the S, with the Meije in the distance 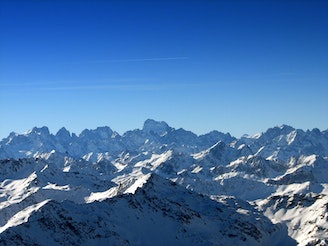 A long shot of the Barre 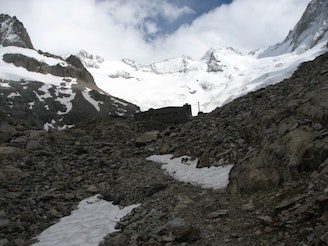 Final steps to the hut 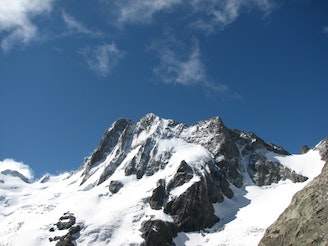 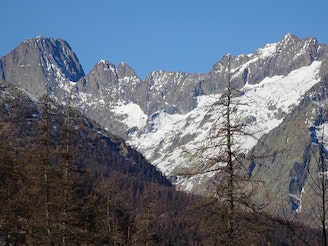 If you like easy access, lift-served one day alpine adventures which allow you to climb all day and sleep in the valley every night, then the Ecrins is not for you! If, on the other hand, big adventures in remote and wild mountains is your thing, then you have found the Massif you've been looking for.

The Ecrins is legendary for its lack of infrastructure and the fact that in order to climb virtually any mountain in the range, you have to walk every vertical metre from the valley to the summit and back again. The only cable car in the Massif - the legendary La Grave Télépherique - was built in the mid-1970s and the locals were so outraged that there was a bomb planted in the lower station to try and destroy the facility the year after it opened. Nobody was ever proved to have committed the "terrorist" act but it's generally accepted that environmentally conscious Ecrins locals, trying to make their case in the strongest possible terms that the mountains should remain wild, were responsible. The local authorities in the area obviously took note because the lift at La Grave remains the only uplift available to climbers in the whole of the Ecrins.

This guidebook contains 3 peaks (and the relevant hut approaches) which encapsulate what Ecrins mountaineering is all about - high, wild mountains whose summits are hard won. There's the highest and possibly best-known mountain in the range - the Barre des Ecrins (the most southerly 4000 metre peak in the Alps) - and 2 smaller but equally deserving summits in the heart of France's wildest mountain range. There's "only" 6 days of hiking and climbing in this guidebook but once you've experienced your first Ecrins approach and descent, you'll see why you might need more than a week to get these 3 done - rest days are a vital part of a trip to the area!

The Ecrins range apparently gets 300 days of sunshine per year so getting the weather you need is not likely to be a problem, and there are countless charming little villages to explore and lakes to jump in on your rest days.

Approach to the Pelvoux Hut

Approach to the Pilatte Hut