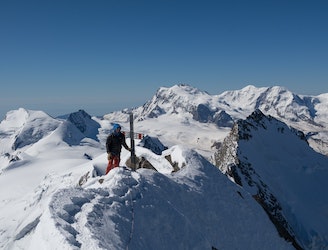 On the summit of the Dom 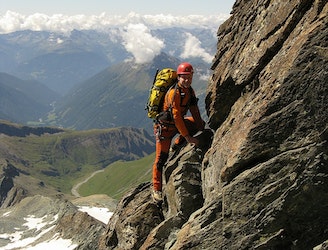 Midway up the route 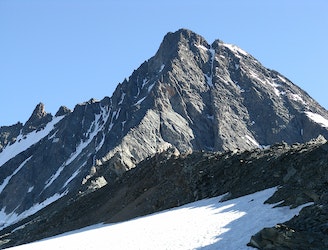 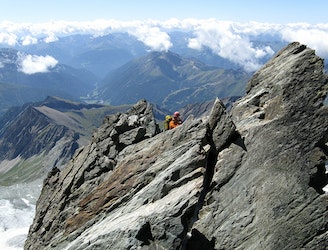 High on the route 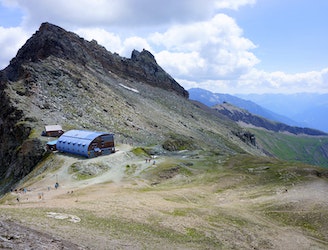 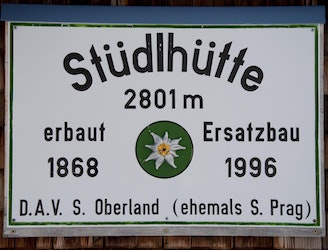 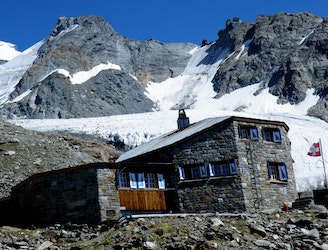 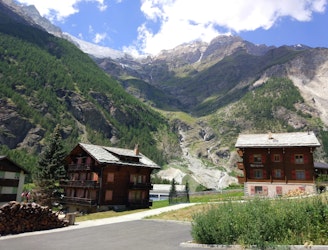 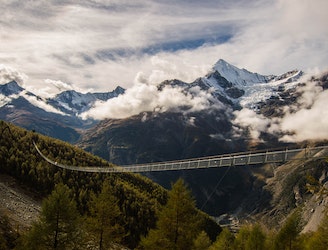 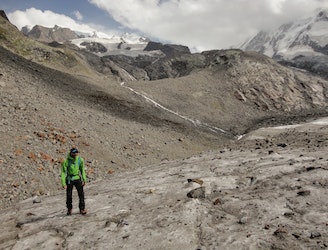 Monte Rosa Hut approach. The new route takes a higher line above the hidden Gornersee in the middle of the shot 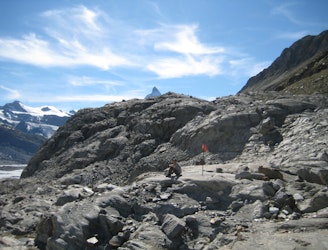 Monte Rosa Hut approach. At the end of the long gentle descent from Rotenboden 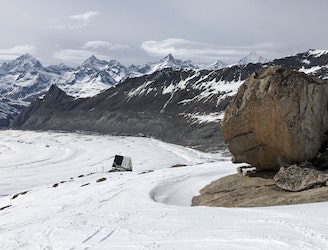 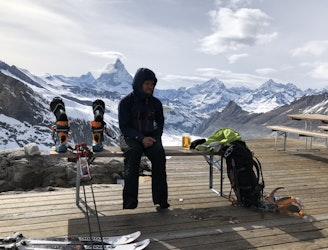 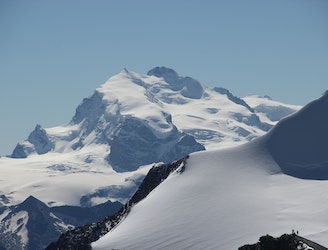 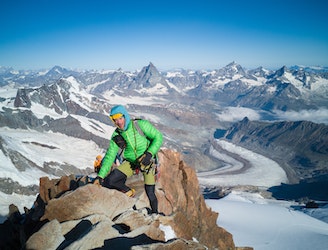 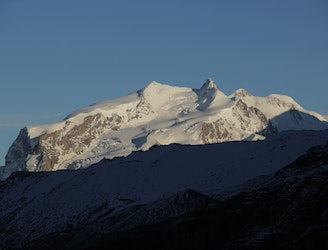 Dufourspitze in the evening 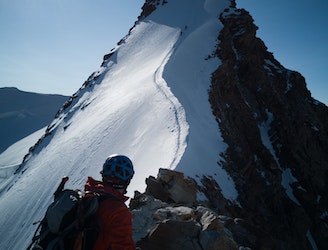 Dufourspitze. Final ridge to the summit 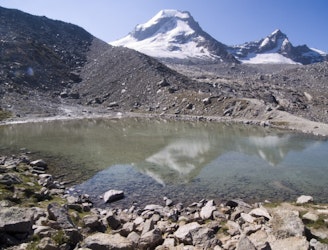 Looking across the lake next to the hut. Ciarforon is on the left, Becca di Monciair on the right. 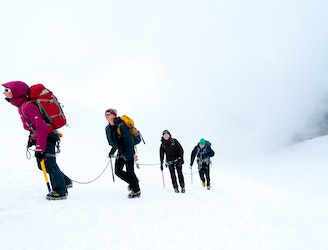 Heading up the route in cloudy weather. 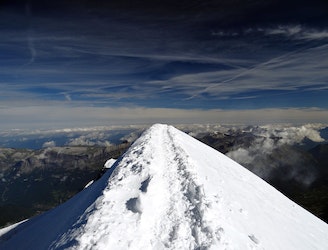 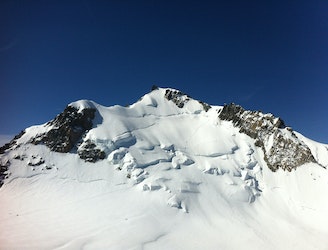 N Face of Mont Maudit, showing climbers heading up to the shoulder 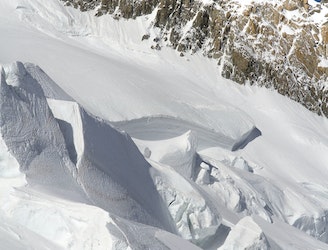 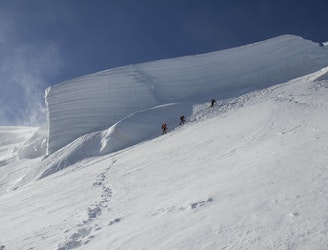 For summit baggers, no mountain quite has the same appeal as the biggest one. There's something indefinable that draws us to the highest peak around, as attested to by the popularity of Everest, Kilimanjaro and Mont Blanc. They might not be the most beautiful mountains around, but they're the highest and that gives them an appeal that lower peaks can't match.

This guidebook covers the highest peaks in the 4 main alpine countries - France, Switzerland, Austria and Italy - and provides an ambitious but achievable goal for mid-grade alpinists with a month or so available to climb. There are actually 5 peaks listed in here because it's not entirely clear which peak is Switzerland's tallest - The Dom is the highest mountain entirely in Switzerland but the Monte Rosa (which is partly in Italy) is slightly higher. Instead of choosing between them and making the judgement for you, we've put them both in and you can decide for yourselves. Alternatively, climb them both!

In addition to the Swiss peaks, there is the traverse of Mont Blanc, the classic route on Gran Paradiso, and the fabulous rocky scramble that is the Stüdlgrat on the Grossglockner - Austria's highest mountain. The 5 routes are primarily high altitude glacial treks but the sheer height and remoteness of the peaks mean that they deserve respect despite their relatively low technical grades. The Stüdlgrat is the only route in here which requires any "climbing" but it's also the lowest mountain in here so it makes a logical place to start on the process of ticking these peaks off.

So, with summer beckoning, get yourself to southern Austria and begin an epic roadtrip through the biggest peaks in the Alps!