5 of the Toughest Trail Runs in Salt Lake City

A sampler platter of the trail running challenges found in the mountains above Salt Lake City. 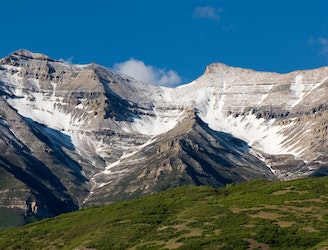 Mount Timpanogos on a Clear Day 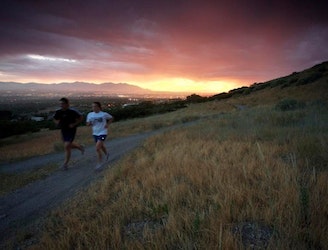 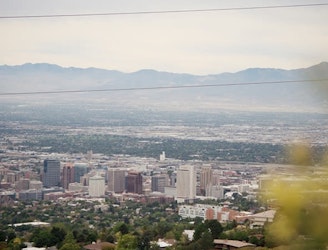 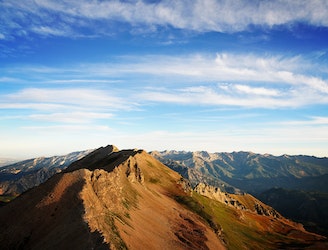 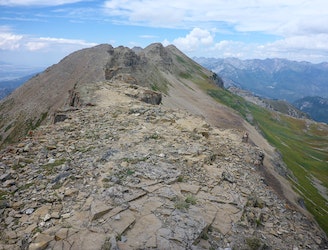 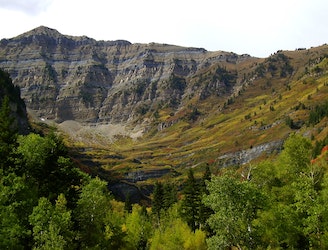 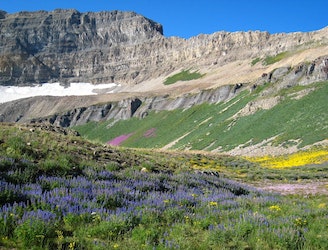 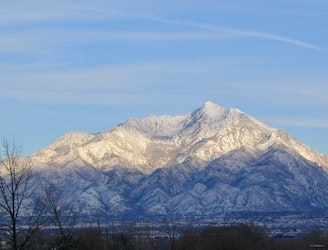 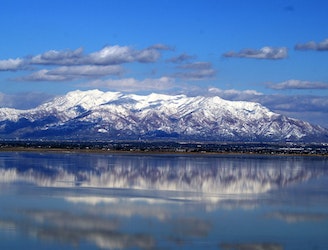 That's a bold statement, but the facts back it up. While other so-called "mountain cities," such as Denver, are situated a long way from true mountains, the Wasatch Range rises straight from the outskirts of Salt Lake City, climbing from 4,300 feet above sea level to a sky-scraping 11,752 feet at the top of Mount Timpanogos. (Mount Nebo is the highest peak in the range at 11,928 feet, but it's located many miles to the south of Salt Lake.)

In the summertime, groves of whispering aspen trees cover the mountain slopes, rocky peaks soar above treeline, and meadows filled with wildflowers abound. Winding up the gorgeous mountain valleys and traversing the high ridges, you'll find countless miles of picture-perfect singletrack trails. The beauty of the mountains calls to adventurers of all stripes, and most especially trail runners.

In this guidebook, you’ll find five of the toughest trail runs near Salt Lake City. While sure, you could, of course, build longer runs than these. But these tough routes provide a sampler of what challenges the mountains near Salt Lake City offer, allowing you to build even bigger routes on top of these basic building blocks.

For a classic race route, check out the Wahsatch Steeplechase, “a difficult trail race held in Salt Lake City every year in June,” according to Joey Wilson.

Three of the other routes in the guidebook are essentially peak climbs that serve as challenging trail runs for the intrepid athlete. Mount Timpanogos (mentioned above), Mount Ogden, and Pfeifferhorn Peak are all frequented by trail runners.

Finally, if you don’t want to summit a peak but do want to cover some long-distance miles on trail, consider running a section of the long-distance Bonneville Shoreline Trail. This segment is one of the most popular stretches of the 100 miles of the trail that have been completed thus far.

Wahsatch Steeplechase
26.0 km
1,163 m
1,164 m
The Wahsatch Steeplechase course.
Severe
Private
Mount Timpanogos Loop
23.3 km
1,434 m
1,433 m
A steep, technical trail run on Utah's most popular peak.
Extreme
Private
Mount Ogden
23.7 km
1,558 m
1,558 m
A long run to the summit of one of the most prominent peaks along the Wasatch Front.
Severe
Private
Bonneville Shoreline Trail: Tunnel Springs to I-80
30.6 km
909 m
989 m
One of the most popular sections of the BST.
Difficult
Private
Wasatch 100
158.6 km
6,513 m
6,320 m
The run stretches from East Mountain Wilderness Park, Utah to Soldier Hollow, Utah and covers some of the most beautiful scenery the Wasatch Mountains have to offer. There is a cumulative gain of approximately 24,000 feet, as well as a cumulative loss of approximately 23,300 feet throughout the course.
Extreme
Private