3 big days out in one of Austria's most legendary mountain valleys! 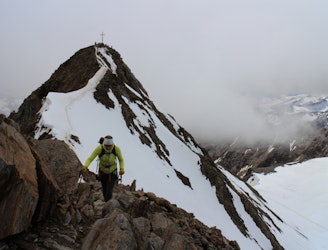 Scrambling across to the northern summit of the Wildspitze 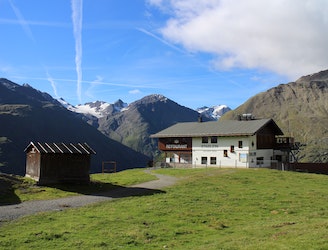 The Stablein restaurant at the top of the chairlift 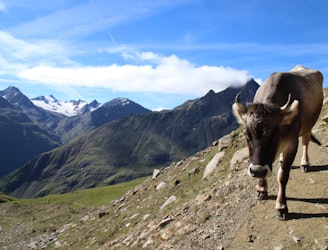 Encountering the locals on the way to the hut! 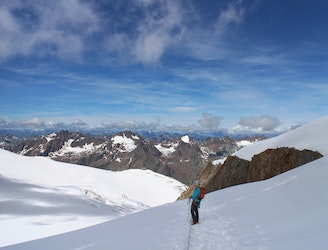 Epic views from the Taschachferner glacier. 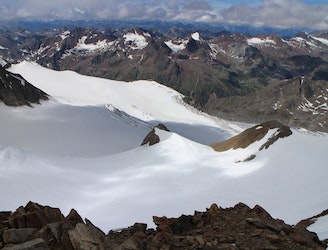 Looking down onto the Rofenkarferner Glacier from the summit 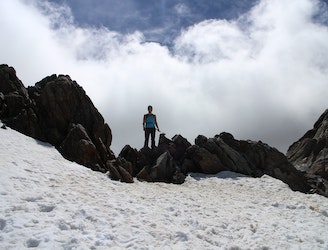 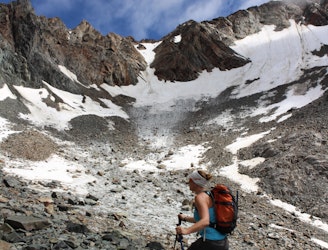 Heading up the moraine field at the start of the day 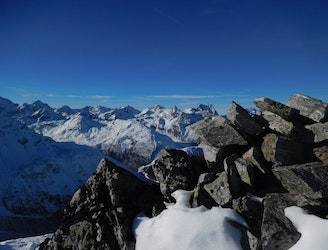 Beautiful views from the summit ridge on a snowy October day 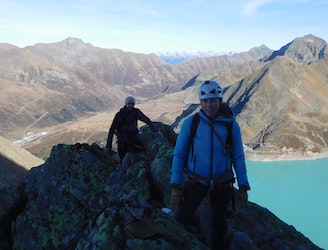 High on the ridge with some snow making life tricky 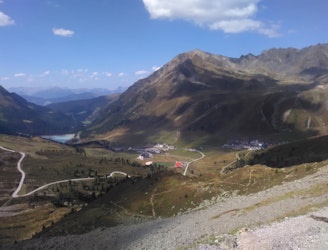 Looking down on Kühtai from the foot of the ridge 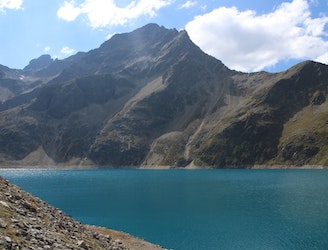 Looking up at the ridge in profile from the far side of the Finstertalspeicher Lake. 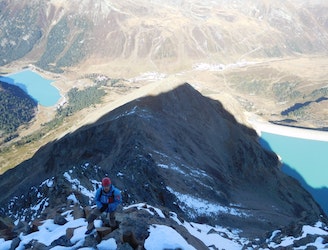 High on the ridge and looking forward to some sunshine on the summit!

The Ötztal valley, 50 kilometres west of Innsbruck, is a rightly famous mountain destination, home to epic skiing, rock climbing, hiking, biking and mountaineering. The valley has produced a string of strong and talented climbers so hopefully by doing these 3 routes a little of their stardust will rub off on you!

All of these routes can be reached easily from the Ötztal valley itself, but it's so long (around 50 kilometres top to bottom) that basing yourself in the middle (somewhere between Längenfeld and Sölden) makes the most sense. From there you can easily drive north to Kühtai to reach the Zwölferkogel (the lowest of the 3 peaks described here), nip up to the Polleskogel mountains and then finish your trip on Tirol's highest mountain, the Wildspitze.

The Wildspitze can be climbed in one huge day but we've described it as a 2 day adventure, split by a night in the lovely Breslauer Hut. The other 2 routes in here are day routes, albeit - in the case of the Zwölferkogel - long ones.

So if you're keen to escape the crowds in the Alpine honey pots, get to the Ötztal and enjoy some epic views, fun routes and solitude!

Vent to the Breslauer Hütte via the Wildes Mannle
2 - 3 hrs
5.1 km
755 m
267 m
A fun way to reach the Breslauer Hütte and tag a 3000 metre summit on the way
Difficult
Private
Wildspitze Traverse from the Breslauer Hütte
10.7 km
910 m
A classic high mountain traverse over the highest peak in the Tirol
Moderate
Private
Polleskogel Peaks
3.4 km
404 m
Two superb peaks in the Oetztal Alps, offering an easy tick for two 3000m summits in one day.
Moderate
Private
Zwölferkogel North Ridge
9.2 km
1,063 m
A spectacular 380 metre scramble up the north ridge of the Zwölferkogel, a peak just under 3000m in Austria’s highest ski resort.
Difficult
Private