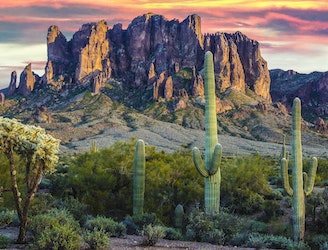 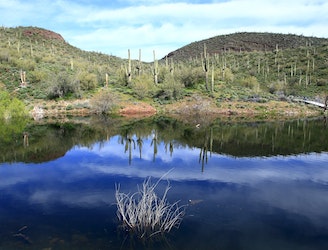 Saguaros reflected in the water of Lake Pleasant 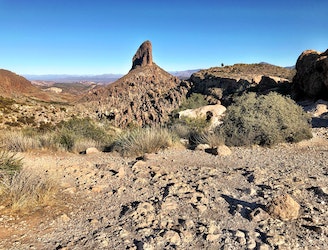 View of the Weavers Needle from Fremont Saddle 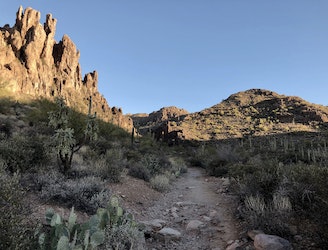 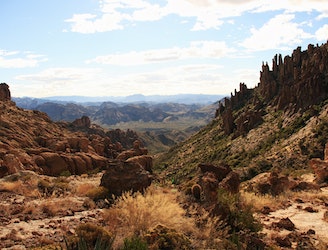 Looking back down Peralta Canyon 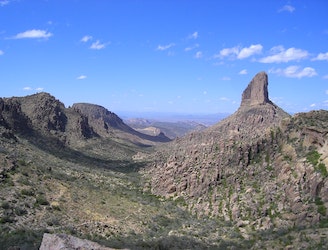 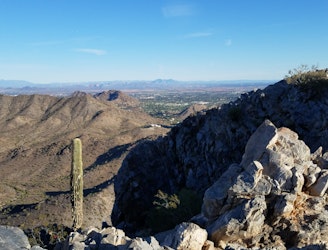 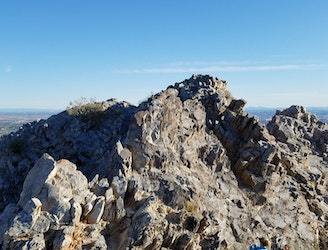 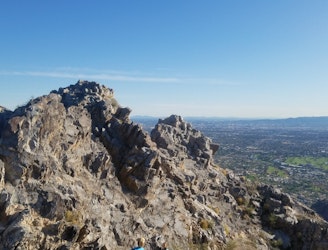 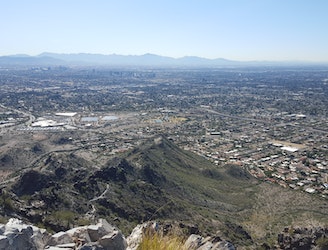 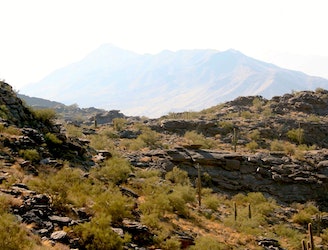 Along the trail on South Mountain

by Adam, color edited from original 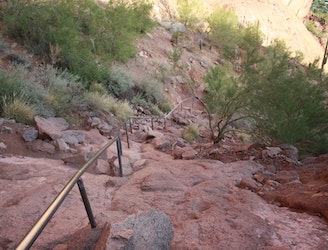 Handrail along a particularly steep section 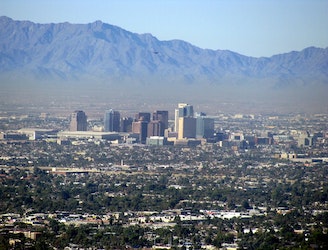 View of Phoenix from Camelback Mountain 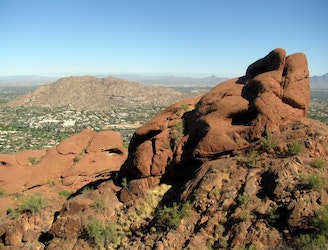 Along the trail on Camelback Mountain 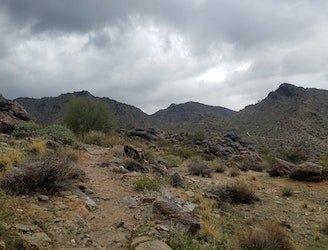 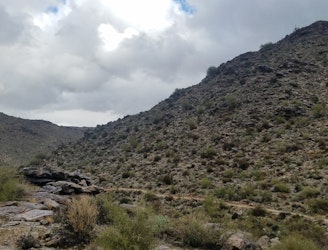 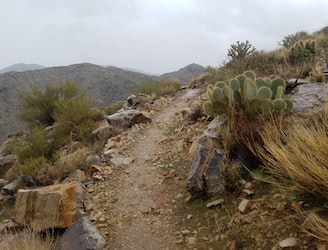 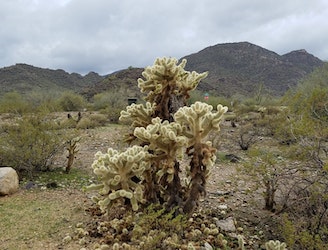 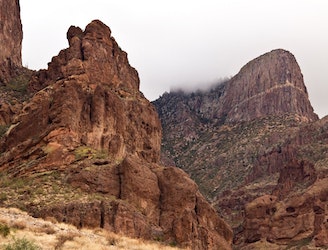 Looking up Siphon Draw at The Flatiron 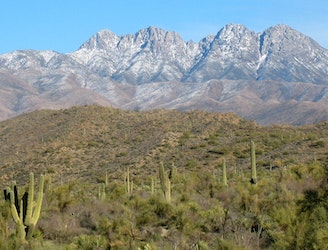 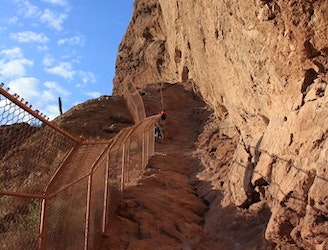