The best multi-day hike in Kootenay, through high meadows and deep forest beneath a towering wall of rock and ice. 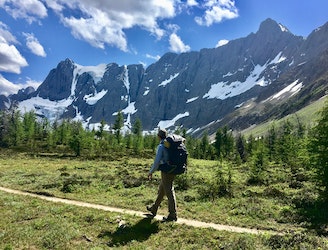 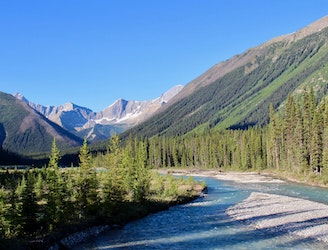 Crossing the river to begin the hike 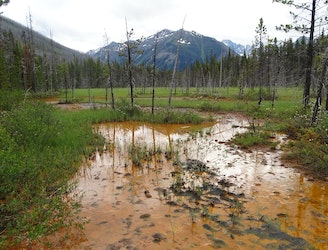 Red-tinted water near the Paint Pots 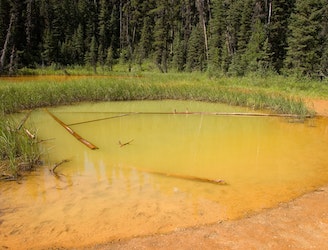 One of the Paint Pots 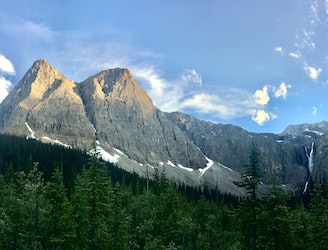 Helmet Falls from a distance 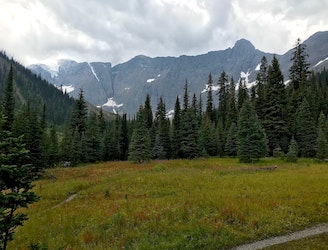 by dvs, edited from original 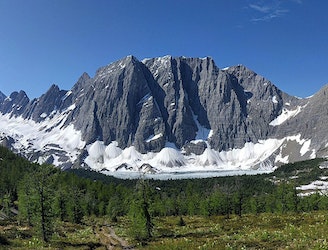 Going down to Floe Lake from Numa Pass 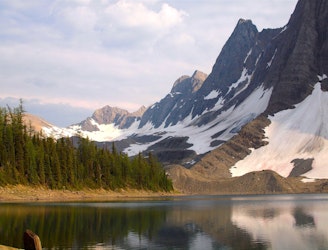 by Adam Kahtava, edited from original 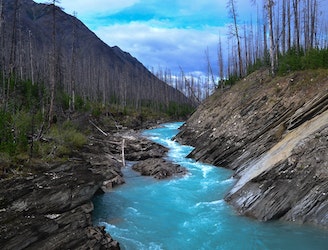 The Kootenay River near the trailhead 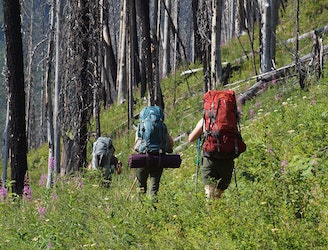 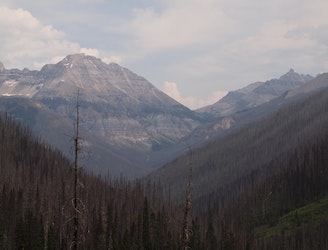 Looking down the Floe Creek Valley 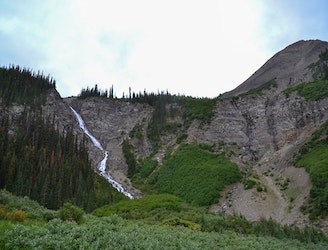 The steep headwall below Floe Lake 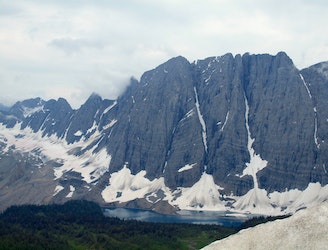 The Rockwall is the premier trek of Kootenay National Park, described as a “superlative-laden feast” by Parks Canada. The namesake Rockwall is a sheer and nearly continuous limestone escarpment, comprised of several peaks of the Vermilion Range. The Rockwall Trail parallels the base of this cliff, crossing three main passes and dipping into drainages between. Thus, it’s a brutal but rewarding journey of ups and downs in the wildest of Kootenay’s backcountry.

Highlights include the reflective water of Floe Lake beneath a massive cliff face, subalpine meadows at eye level with hanging glaciers, a 350-metre-tall double waterfall, and of course, the ever-present spectacle of the Rockwall itself, always looming overhead. Besides the scenery, there is the simple satisfaction of nights spent deep in the backcountry, next to alpine lakes and rushing streams, which this trek has no shortage of.

The route connects Paint Pots trailhead with Floe Lake trailhead, spanning 55 km and typically taking 3-5 days. Other trailheads along Highway 93 serve as intermediate access, however, allowing for shorter variations. Included here is the full trek, divided into segments between each of the five campgrounds. These are all backcountry sites with primitive amenities, and they require a wilderness pass from the national park.