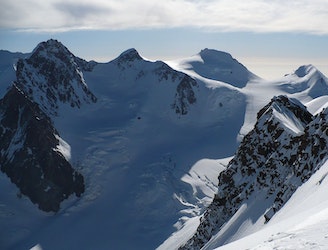 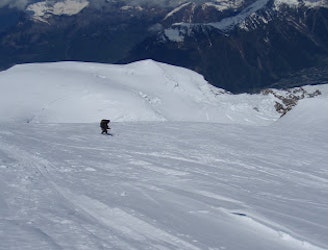 First turns off the summit. 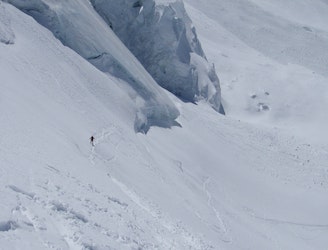 Dwarfed by the scenery. 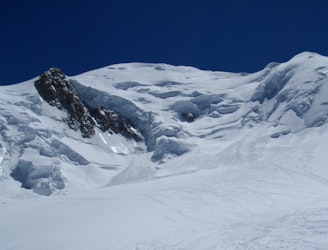 Looking back up at the North face from the Grand Plateau. 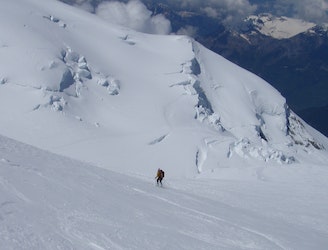 On one of the mellower sections of the descent with the Dôme du Gouter behind. 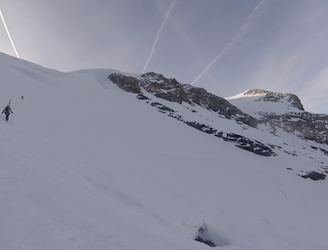 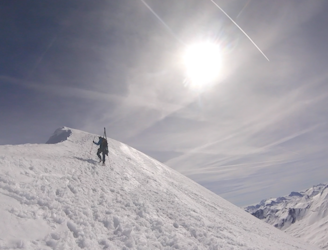 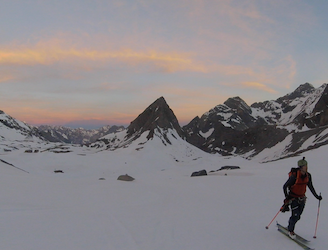 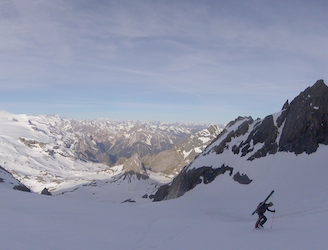 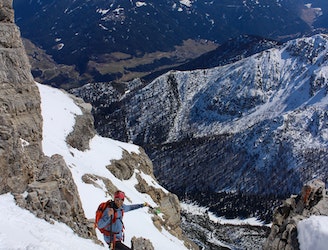 Starting the ski down from the summit. 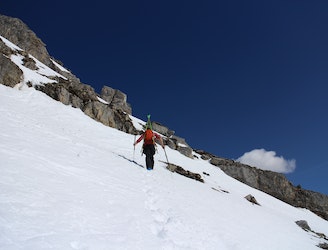 Bootpacking the final steps to the summit. 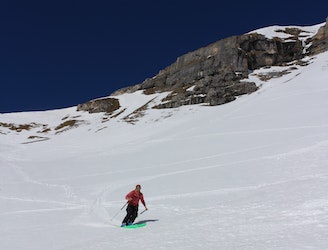 Mellow skiing midway down the descent. 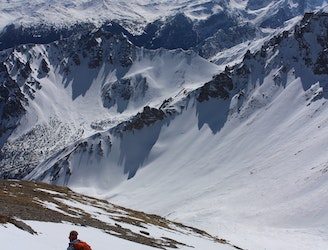 On the steep upper face. 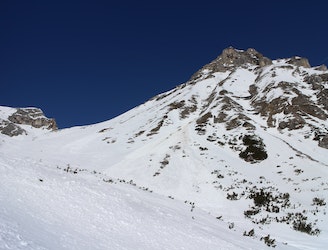 Looking up at the upper section of Serles. 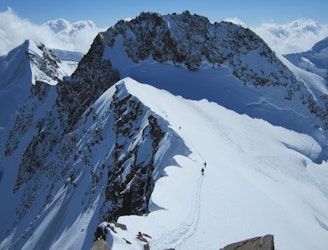 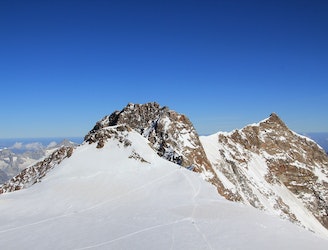 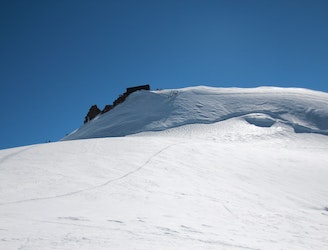 The Alps is perhaps the ultimate mountain playground, with lifts and huts making some of the most famous and beautiful peaks in the World easily accessible to ski tourers. Virtually every peak in the Alps can skied from its summit and these are 5 of the best, and best looking.

One of the routes (the Stopselzieher line on Germany's highest peak, the Zugspitze) can be skied straight off a cable car but all of the others require you to put some effort in. However, skiing the most beautiful peak in an area is worth a bit of effort, and knowing that you earned your summit will make that post-ski drink taste even better!

This list takes in the highest and second highest peaks in the Alps (Mont Blanc and the Dufourspitze), the highest peak in the Vanoise region of France (the Grande Casse), the highest mountain in Germany (Zugspitze), and the perfectly shaped peak which dominates the skyline from Innsbruck (Serles). That's not a bad list of peaks to climb on foot, let alone on skis!