Gateway to the West: Hiking in St. Louis, MO

Whether you're a longtime resident or just visiting Gateway Arch National Park, you can find something new on these trails around St. Louis. 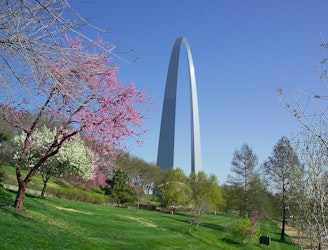 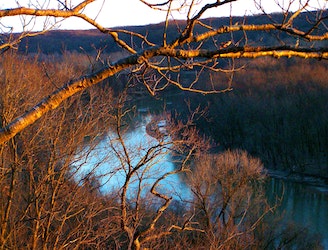 Low light over the Meramec River 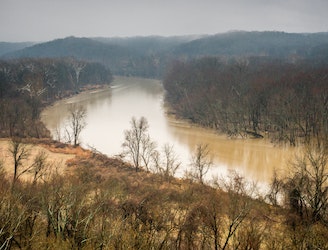 Overlooking the river on a foggy winter day 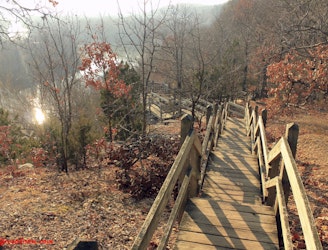 Steep staircase leading down from the bluff 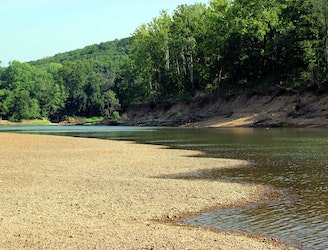 On the bank of the Meramec River 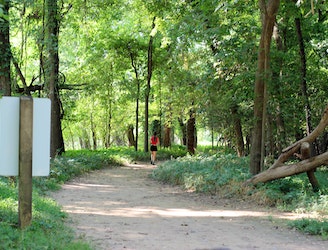 Forest trail near the river 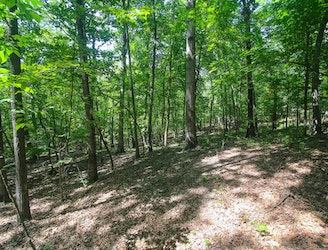 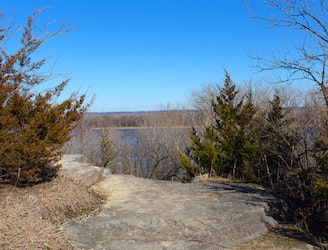 Atop the bluffs in Cliff Cave County Park 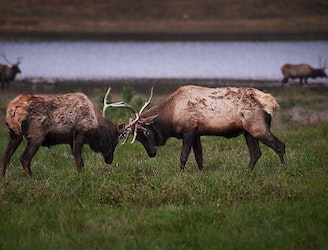 Bull elk sparring by the pond 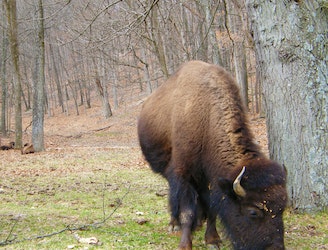 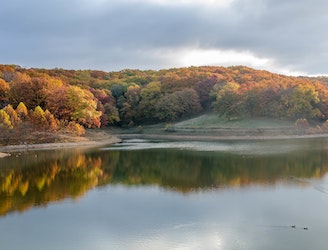 The picturesque pond in the center of the park 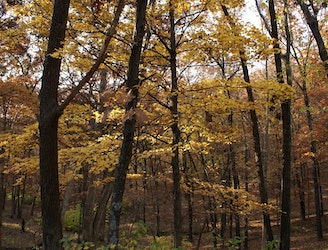 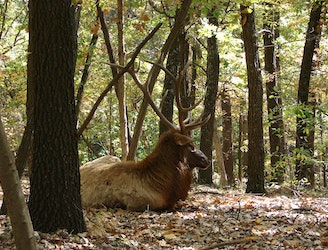 A bull elk lounging in the forest 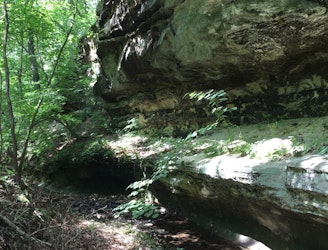 Sandstone wall in the canyon 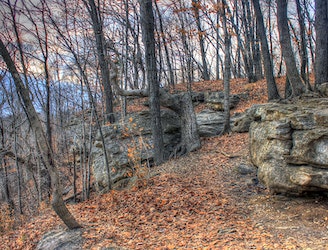 Forest along the bluff at Weldon Spring Conservation Area

The Gateway Arch, a 630-foot structure beside the Mississippi River, commemorates the westward expansion of the United States with the Louisiana Purchase and subsequent exploration by European Americans. The Arch marks where the town of St. Louis was first established, and also the approximate starting point of Lewis and Clark’s expedition up the Missouri River toward the Pacific Ocean. So if you think about it, the iconic national parks of the American West would not be what they are without the events which Gateway Arch stands for. That’s why the monument earned national park status in 2018. For national parks travelers, its significance can’t be ignored.

As you might expect, there isn’t much for hiking in downtown St. Louis, but the greater metro area actually has quite a bit. Many isolated trail systems are scattered throughout, in pockets of intact nature with a surprising diversity of flora and fauna, plus interesting landforms. The city sits near the confluence of two great American rivers––the Missouri and the Mississippi. Between the waterways is a landscape of sandy floodplains, hilly woodlands, and rocky bluffs.

Within an hour’s drive of downtown, you can head down a trail and into the woods, and quickly forget the urban world that surrounds you. St. Louisians know this already, but the realization may escape visitors and newcomers who don’t take time to really see the “Show Me State.” So if you come for the Gateway Arch, you might take some inspiration from Lewis and Clark and stay a little longer to explore in Missouri.