By Land and By Sea: Dry Tortugas National Park

Island hopping is the way to get around here, at one of the United States' most isolated national parks. 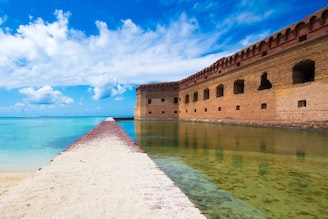 On the moat wall outside Fort Jefferson 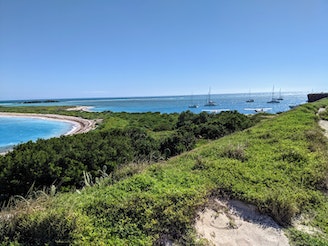 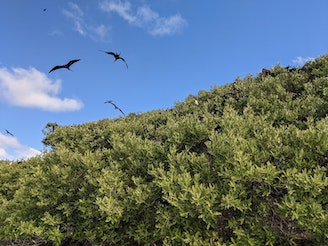 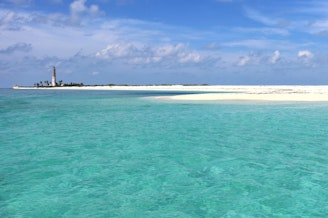 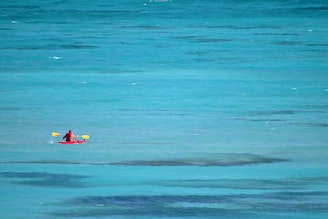 When you think of US national parks, Dry Tortugas is probably not what comes to mind. It’s far off the mainland in the Gulf of Mexico and comprised mostly of water, with only a handful of small islands. It doesn’t have much for hiking, only a few sandy paths, and there’s just one primitive campground. If you have no desire to see Dry Tortugas National Park, though, then you don’t know what you’re missing out on.

The allure is in the spectacle of these green keys in the blue ocean and the vibrant ecosystem that surrounds them. Marine life thrives in coral reefs, and exotic birds fill the air. Then there is Fort Jefferson, a brick behemoth rising seemingly out of the sea, juxtaposing staunch architecture with liquid nature. The fort was built in the mid 19th century as a military outpost but was never needed in warfare. Though mostly abandoned, it has withstood tides and hurricanes for nearly two centuries, now making a historical attraction and a worthy muse for photographers.

The main activity on land at Dry Tortugas is touring the old fort, which contains many rooms and hallways to explore as well as perimeter walls. Most of the park’s recreation is in the water, however, and understandably so. Don’t miss out on snorkeling the shallows around the fortification, among bountiful fish and perhaps some sea turtles. With proper experience and equipment, you could also go sea kayaking, sailing, or scuba diving in the park’s more remote waters.

There are a few options for hiking as well. Other than walking around the fort, you can venture onto the bird sanctuary of Bush Key, but only from October 15 to January 15 when it isn’t closed for nesting. If you can paddle or motor your own boat to Loggerhead Key, then you can stroll its deserted white-sand beaches. To spend more time in the park, consider pitching a tent on Garden Key, in the grassy campsites between the beach and the walls of the fort.

The best time to camp and hike is late fall and winter when temperatures and humidity are lowest. The sea tends to be rougher in winter, though, so you might come in spring or summer if you plan to spend most of your time in the water. Beware that thunderstorms are common May-November, but good weather windows can be found. To make the most of your visit, be sure to research the park’s climate and plan for the forecast before you go.

Dry Tortugas is located about 70 miles farther west than Key West, so getting there is not easy. Most visitors arrive by the Yankee Freedom Ferry from Key West, but you could instead take a private boat, chartered boat, or seaplane. No matter your mode of transport, you must arrange in advance to secure a reservation or private boat permit, especially if you plan to bring extra gear for camping or kayaking. Equipment rentals are not available anywhere in the park.

The trails described here include routes both on land and on the water, in case you come prepared with a sea kayak. The trails represent only a fraction of the activities available in Dry Tortugas National Park, however. On your first visit, you might get a taste of the history and ecology by walking these paths and paddling or swimming near the main island, but you’ll want to return for boating, snorkeling, or diving adventures in the farther and deeper waters of this seabound national park.

Walk the walls of a massive old fort that juts into the sea.

Walk along white-sand beaches among abundant bird and sea life.

A relaxed paddle close to shore, around the main cluster of islands in Dry Tortugas National Park.

Find exceptional snorkeling spots and search for a shipwreck.