Circumnavigate 3 of the PNW's Most Famous Volcanoes 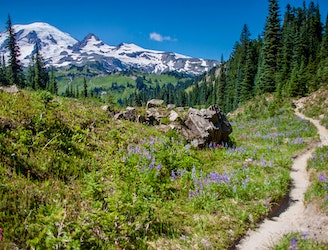 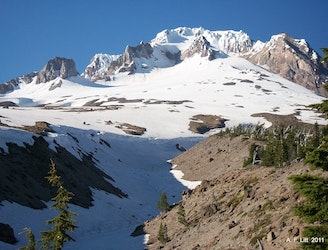 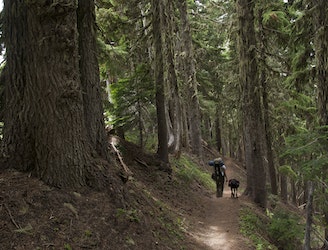 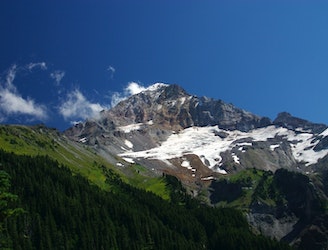 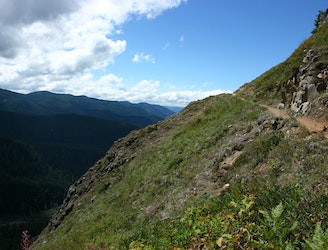 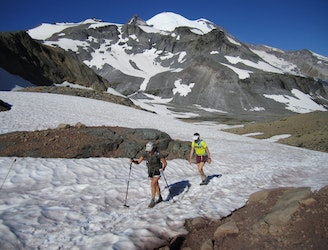 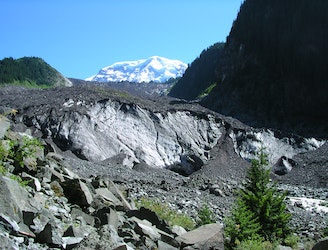 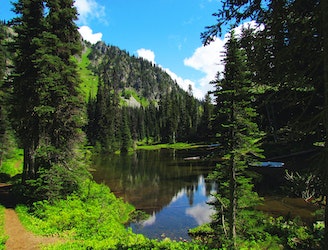 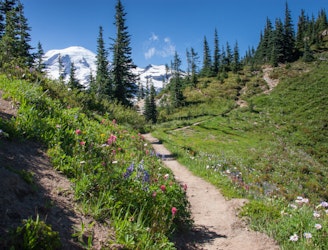 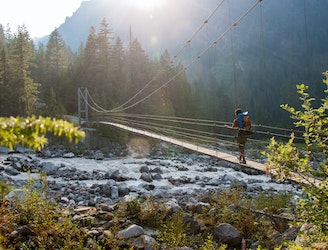 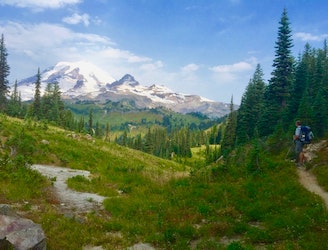 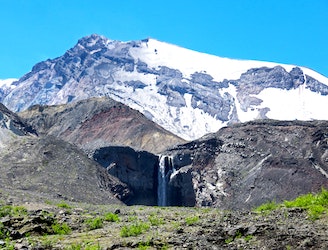 Loowit Falls, a short detour from the Loowit Trail 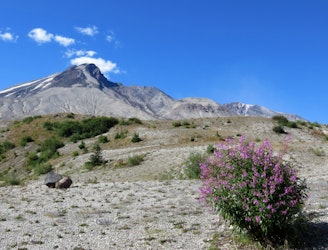 Vegetation returning to the blast zone 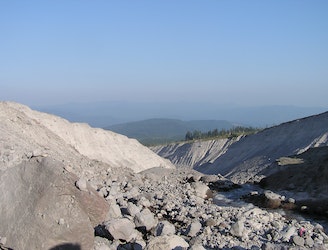 One of many dry ravines that are difficult to cross 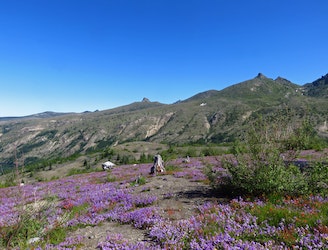 Lupines returning where trees were demolished 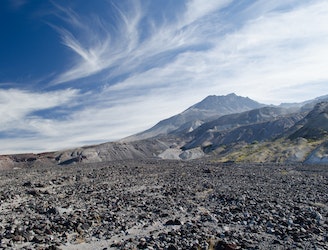 Plains of ash and pumice coat the mountainside

All of the tallest mountains in the Pacific Northwest are volcanic peaks formed by this ring of fire. While this volcanic action has created a plethora of visually-impressive volcanoes, three of them dominate the collective consciousness of the outdoor community: Mount Hood, Mount St. Helens, and Mount Rainier. While you can choose to climb to the summit sof these three epic volcanoes, for a less-technical backcountry experience, you could also choose to circumnavigate the peaks on multi-day backpacking expeditions. In this guidebook, you'll learn about the main circuits around each of these mountains.

As the tallest mountain in Oregon and one of the most iconic mountains in North America, Mount Hood needs no introduction. With 7,707 feet of prominence and reaching a height of 11,250 feet above sea level, this soaring peak is the subject of countless photographs, paintings, and other works of art. Mount Hood also serves as a mandatory climbing objective for every mountaineer in the USA. Unfortunately, that popularity, coupled with the technical challenge and unpredictable weather, make Mount Hood one of the deadliest mountains in the nation. Circumnavigating the mountain on the Timberline Trail is still a challenging endeavor but is statistically much less deadly than climbing to the summit.

Mount St. Helens is famous as one of the most active volcanoes in the Lower 48, with its 1980 eruption cementing it in the collective national memory. While this volcano is still very much alive and active, it is actually the only one of the five volcanoes in Washington that doesn't require any technical mountaineering skills to climb it. Further, a circumnavigation of the peak on the Loowit Trail, while lengthy and challenging, provides a unique backcountry experience. Crossing lava flows and scenes of epic destruction, this is an unforgettable backpacking experience!

Finally, Mount Rainier soars to a sky-scraping elevation of 14,411 feet above sea level. And Rainier's location just a few miles from the Pacific Ocean makes that number even more significant: Rainier claims an incredible 13,210 feet of prominence, making it "the most topographically prominent mountain in the contiguous United States," according to Wikipedia. This also makes Rainier the tallest mountain in Washington State, the Cascade Range, and the Pacific Northwest.

Circumnavigating Rainier on the Wonderland Trail avoids most of the dangers imposed by the glaciers, but this stunningly-beautiful long-distance backpacking route still poses plenty of challenges with about 24,000 feet of elevation gain and loss along its 85-mile distance.

Whether you tackle just one of these routes or you eventually hike all three, you're guaranteed to create memories that will last a lifetime!