Enjoy exploring this Alpine hidden gem - it's not known as "Immense Grimentz" for nothing! 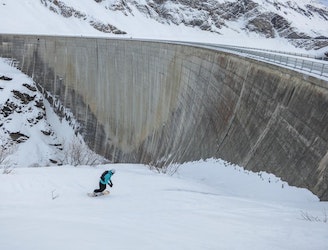 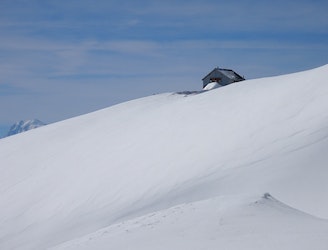 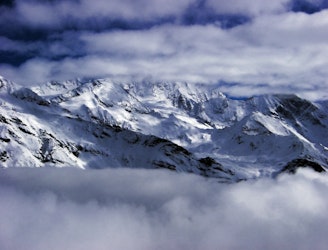 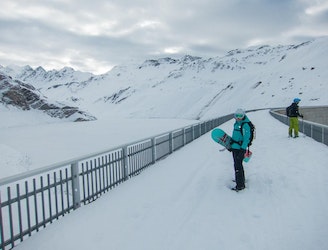 Look down at the Lac de Moiry Swiss Alpine Adventure 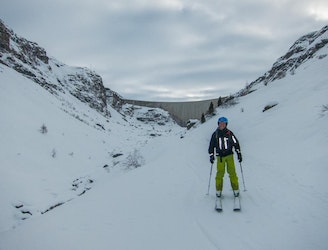 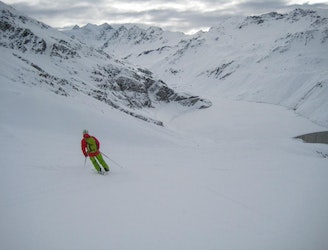 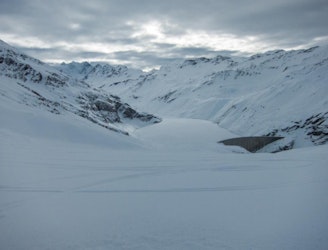 Skiing down the road to Grimentz Swiss Alpine Adventure

With the 4 Vallées, Saas Fee, Zermatt and Crans Montana all nearby, the relatively small ski resort at Grimentz doesn't receive the attention it deserves. It's nestled into a side valley just below Zinal, and isn't really on the way to anywhere, so it's not the kind of place you stumble upon by accident either.

The result of all this is that Grimentz remains quiet and unspoiled despite being home to some of the best freeride terrain in Switzerland. The lift system is not extensive but it's incredibly effective - whisking you quickly from the valley to 3000 metres. That's high, but not too high - there are no glaciers to worry about but you're pretty much guaranteed to find cold snow for most of the winter.

Of the 100s of potential ski adventures in Grimentz, we've described 3 here - 2 freeride lines and a ski tour over from Vercorin, at the entrance of the Zinal valley. The ski tour (Cabane des Becs de Bosson (2985m)) isn't extreme by any means, but it gives you a good excuse to explore the wild Rechy valley to the west of Grimentz. The 2 freeride lines are both accessed from the Corne de Sorebois peak, which in turn is reached using the chairlift of the same name. One line takes you south, the other goes north and both are epic!

Having got the lie of the land from the Corne de Sorebois, and having ski toured through the Grimentz backcountry you'll have a basic idea of what the place is all about, and will likely be hungry for more!