Explore island summits, jungle trails, and hidden beaches among the unique nature and culture in the National Park of American Samoa 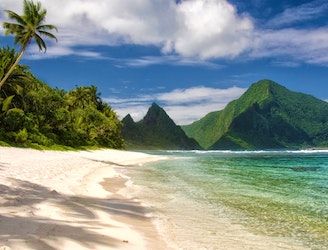 by US Department of the Interior 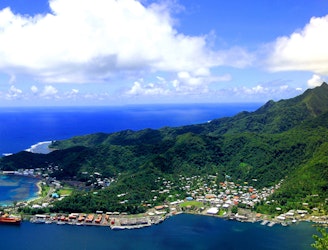 View from the top of Mount Alava 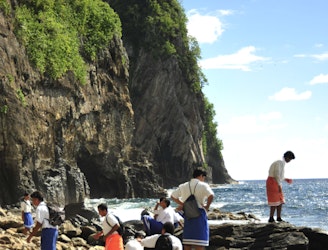 by U.S. Department of the Interior 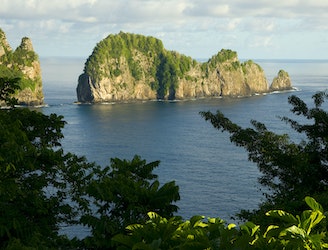 View of Pola Island from the top of Sauma Ridge Trail 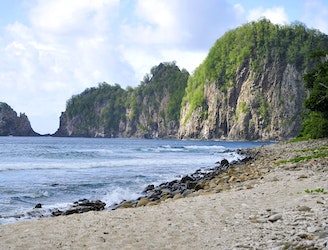 American Samoa, as a US territory, is the southernmost part of the United States and has the only US national park south of the equator. The National Park of American Samoa is unique in many more respects than that, however. On these volcanic islands cloaked in rainforest and adorned by coral reefs, you can hike among plants and animals found nowhere else in the United States, including flying foxes (fruit bats) and neotropical birds, plus the colorful fruits and nectar-rich flowers they feed on. On the trails, you’ll traipse through mountainside jungle overlooking the ocean, sometimes pulling on ropes or climbing ladders to ascend the steepest slopes. While hiking, you will sweat and roil in tropical humidity, but you can always refresh with a dip in the sea, perhaps snorkeling among vibrant fish and corals just off the beach.

The culture of Samoa is also unique, and the park protects not just the environment but also the way of life. In American Samoa, the entire park is leased from the villages and administered collaboratively, rather than wholly by the Park Service. Locals can still use the forest as they always have for farming and gathering, and park boundaries are not always well defined. Designated trails often begin on family land before crossing into the park. For these reasons, everywhere on these islands should be considered local land, and visitors should not expect free rein for exploration like in other national parks. When hiking in American Samoa, you should consider yourself a guest on someone else’s property, always showing respect and gratitude toward the residents.

One consideration is that the Sabbath is traditionally observed in Samoan culture, so it’s not customary to hike on Sundays. Trails that cross family land are officially closed on Sundays for this reason, but it can be difficult to tell which ones do and which don’t. Trail status may change without notice for other reasons as well. When in doubt, it’s best to ask permission from a park employee or from locals in the vicinity of the trail.

American Samoa is not an easy place to travel, and not just because it’s so far out in the South Pacific. Once you get there, you’ll likely draw on a variety of transport modes to get around. You might rent a car or use public transportation on the main island of Tutuila, but other islands aren’t likely to have those. You can rent a bicycle or catch rides from locals to get around any of the islands, or you can simply take long walks. Various accommodations are available in the towns, but the Park Service also facilitates a unique homestay program in villages around the national park.

The easiest place to find information about hiking and general travel is at the park visitor center in Pago Pago, but it’s only open on weekdays until 4:30 pm. You should plan ahead to go there for updates and recommendations before setting out on the trails. If you don’t have transportation and lodging on the islands fully arranged, park staff can help you with that as well. You should also consult the park’s published Visitor Guide to help plan.

Mount Alava Trail
3 - 4 hrs
11.9 km
596 m
596 m
One of American Samoa’s must-do hikes, this wide trail through the jungle leads to panoramic views atop the island’s central mountain.
Moderate
Private
Mount Alava Adventure Trail
8.7 km
699 m
702 m
One-of-a-kind adventure in the national park, scaling many ropes and ladders through thick jungle to reach the top of Mount Alava.
Severe
Private
Pola Island Trail
0 - 1 hrs
0.3 km
2 m
2 m
Short walk to the sea cliffs at the tip of Tutuila Island and a view of Pola Island.
Easy
Private
Lower Sauma Ridge Trail
0 - 1 hrs
0.6 km
71 m
71 m
Interpretive trail through lush rainforest to a coastal panorama, with the option to scramble down the rocks and swim in deep tide pools.
Moderate
Private
Tuafanua Trail
2.0 km
94 m
94 m
Scramble up and down through thick rainforest to find a truly isolated, cliff-lined beach.
Severe
Private
Tumu Mountain Trail
2 - 3 hrs
8.8 km
471 m
471 m
If you manage to get to Ofu Island, don’t skip this hike to its highest point and a mind-blowing overlook.
Difficult
Private
Si'u Point Trail
1 - 2 hrs
5.2 km
93 m
93 m
Experience a place sacred in Samoan culture and important to archaeology, then continue along the jungled coast to a deserted beach at the tip of Ta’u Island.
Moderate
Private