Some of the best views in the World, epic ski terrain and a unique ambience - welcome to Lofoten! 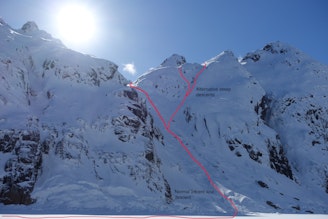 The ski lines on the north side of Trolltinden 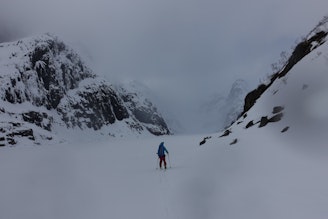 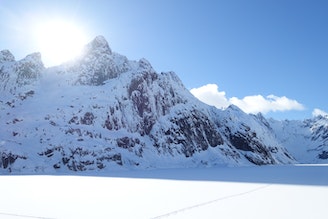 One of Lofoten's real gems. 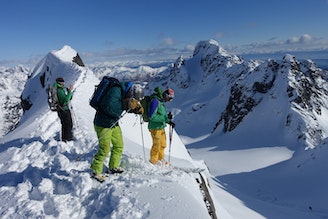 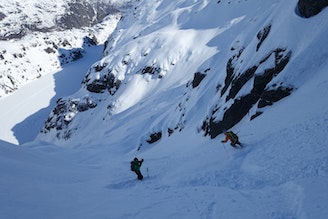 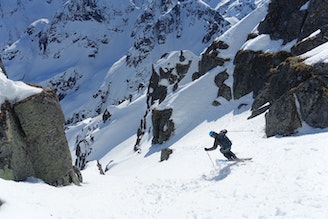 Top of the couloir 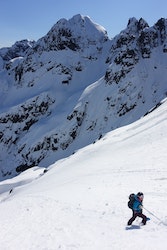 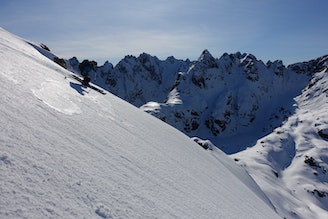 The west facing slopes of Trollfjordtindan 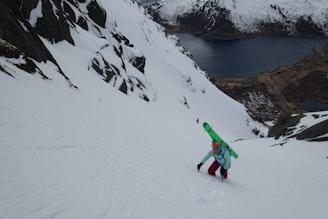 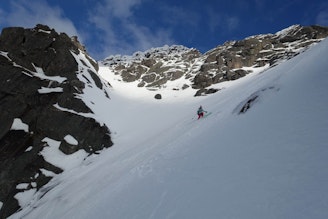 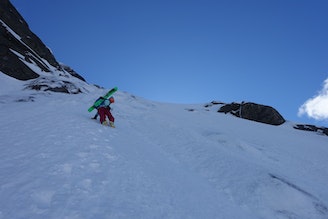 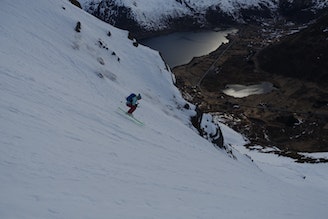 Great skiing in the middle of the line 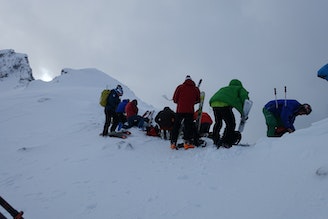 At the top of Smatinden 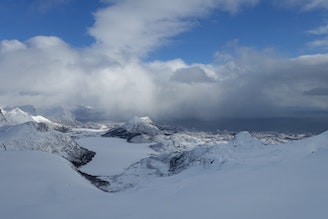 The east side of Smatinden 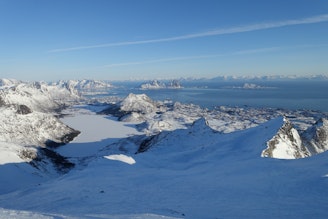 The ridge on the east side of Smatinden 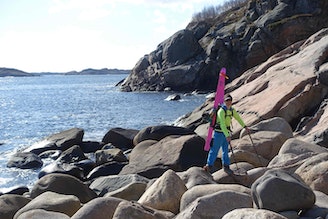 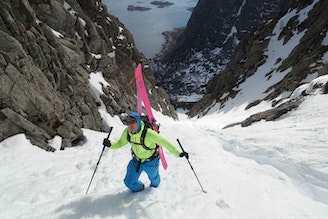 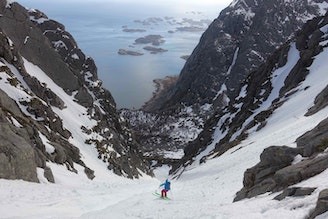 Sticking out into the Norwegian Sea like a thin finger, the Lofoten Archipelago must surely rank as one of the most beautiful places on Earth. Snowy mountains meet dark fjords and it's all illuminated by a blue-ish light which you don't find anywhere but in the far north of the planet. Add in the traditional fishing villages, colourful houses and waterfront bars, and you've got an experience like nothing else.

That would all be reasons enough to visit Lofoten, but the fact that it's home to some of the best ski touring terrain on the planet only adds to the appeal. Wherever you've been before, nothing will prepare you for the sights, sounds and - if you get near any of the drying fish which are hanging in most of the local ports - smells of Lofoten! Only those with the strongest of stomachs will try the dried fish but the local ski touring is pretty appetising to all tastes.

There's all sorts of ski terrain on the Lofoten Islands but this guidebook focuses more on the tougher tours in the region. From the Vagakallen South Couloir, which is only earned via a long approach along the shore, to the 2 classics peaks of Varden and Smatinden and the super-steep Higravtinden West Couloir, this really is a tough list of routes to tick off. Given the unpredictable nature of Lofoten's weather, it's probably best to leave at least 10 days to work your way through this list, leaving you time for some easy days in between these 5 missions.

As with all top-class ski destinations, ticking off a list of routes like this is likely only the start of your journey through the Lofoten peaks; every summit you climb will reveal a dozen more objectives, so in the process of ticking these 5 routes you're likely to see countless more to return for!