What You're Missing in Pocatello: Idaho's Hidden MTB Paradise

If you don’t know, now you know: Pocatello is an underrated trove of trails in southern Idaho. 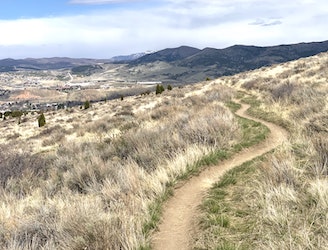 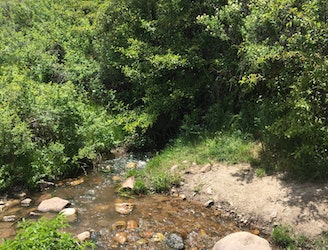 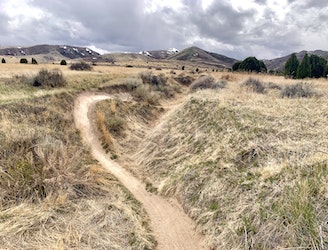 On a mountain biker’s map of the West, you can’t ignore the two glowing hotspots of trails around Salt Lake City, Utah, and Jackson, Wyoming. What you might overlook if you’re not careful, though, are two little cities with funny names sitting somewhere in between. Pocatello and Chubbuck, Idaho, are high-desert towns tucked together between mountain ranges, and they are steeped in trails. In one ride from Pocatello, you can climb along a shady gulch into breezy groves of aspen and fir, soak in the view atop a ridgeline, then fly through sagebrush and juniper on the downhill back to town, and even find constructed features along the way. You could ride the same loop again and find all new variations, or you could explore a completely different zone and never get bored––in a place that isn’t even on most people’s radar for mountain biking.

Despite the bounty of trails and their easy access, Pocatello is usually overlooked by everyone traveling with bikes to destinations north or south. That leaves this quiet corner of southeast Idaho relatively unknown except to a small but strong community of riders. Pocatello locals cherish their trails and have invested a lot in development, particularly at the City Creek system, which starts from downtown. Plus, the town enjoys backyard access to a national forest with tons more trails, including hidden gems that aren’t drawn on any map.

If you want to shred like the locals, you’ll have to invest a lot of time of your own. The very best rides might not reveal themselves to someone just passing through. There’s so much terrain, so much variety, and so much changing with the seasons, that the most you can expect from one visit to these mountains is a taste that will leave you wanting more. The trails in this guidebook can give you that sampler and hopefully convince you that it’s worth carving out time for Pocatello if you’re ever in the neighborhood.

The seasons for mountain biking here are generally late spring through mid-fall, though the higher elevations can take until summer to dry out. The winter brings a lot of snow, so be wary of mud conditions anywhere in the early season. And remember that it’s a small community taking care of a big area, so you can thank them by always showing love to the trails.

Lower and Upper City Creek
9.4 km
284 m
284 m
The main stem of the awesome City Creek trail system, right outside of Old Town Pocatello.
Moderate
Private
Over the Top Loop
15.3 km
485 m
485 m
A showcase loop of City Creek trails, heaving over a big ridge and taking some white-knuckle turns on the way down.
Difficult
Private
Satterfield Trails: The Matrix and Roller Coaster
11.3 km
431 m
431 m
A hidden gem with short and long loops, including the Roller Coaster downhill which is worth lapping more than once.
Moderate
Private
West Fork to Elk Meadows and Birthday
17.6 km
536 m
536 m
One variation on a local favorite loop, with gradual climbing to a smooth and fast descent.
Moderate
Private
East Fork and Crestline Loop
18.2 km
789 m
788 m
High-elevation circuit on a Pocatello local mountain, with fast track and epic views.
Difficult
Private