Visit Shining Rock Wilderness and earn stunning mountaintop views from one of Pisgah’s most coveted areas. 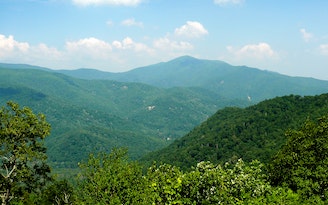 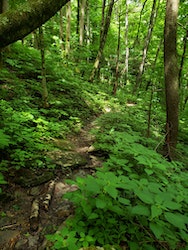 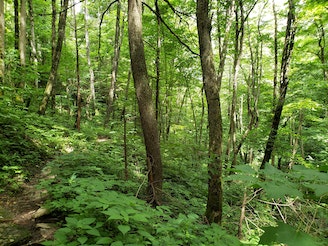 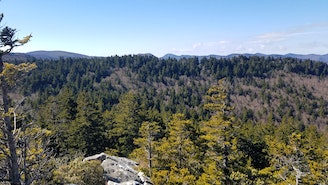 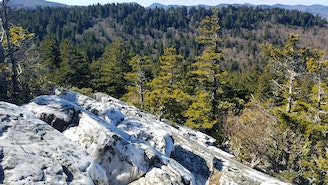 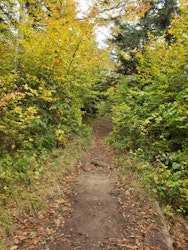 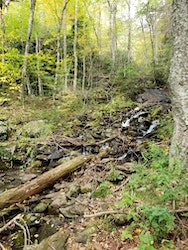 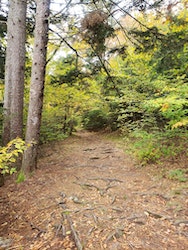 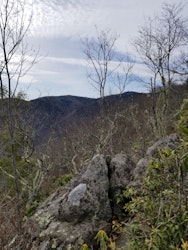 Art Loeb Between Deep Gap and The Narrows 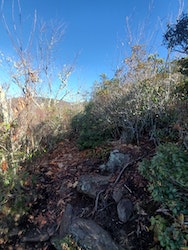 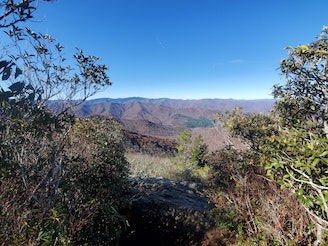 View From The Narrows 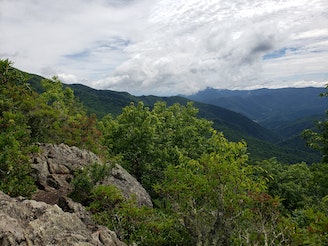 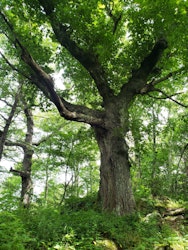 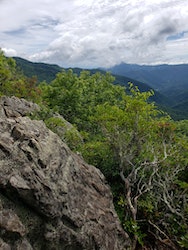 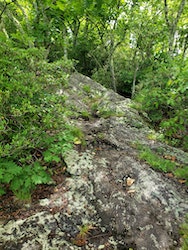 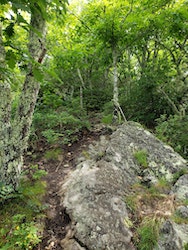 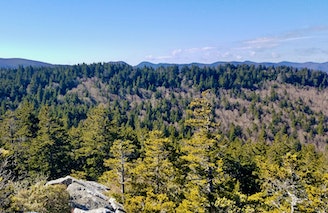 Part of the oldest national forest in the eastern United States, the Shining Rock Wilderness is one of Pisgah’s three designated wilderness areas. The 18,400-acre plot of land is just a fraction of the 500,000+-acre national forest, but it's one of its wildest and most remote areas. Enjoy stunning ridgetop views from high in the Great Balsam Mountains and pay a visit to its massive centerpiece – Shining Rock itself.

Shining Rock Wilderness is perfectly dissected by the infamous Art Loeb Trail. Each of these three hikes utilizes a section of the trail, though a full thru-hike of the entire 31-mile trail is a challenging feat undertaken by countless hikers each year. Most divide the trail into two or three days, though experienced trail runners frequently test their limits on a single-day attempt. If you are planning a thru-hike, local guide company White Dot Adventures offers guided trail running adventures and support services, while others like Pura Vida Adventures offer commercial shuttles and guided hikes on the trail.

Possibly the most visited of these three hikes is an out-and-back summit of Cold Mountain. As many wonder, Cold Mountain is "the namesake of the 1997 Civil War novel - made film in 2003," according to White Dot Adventures. "Contrary to popular belief [however], there has never been a village or town called Cold Mountain nor a settlement on the real-life mountain," according to this Wikipedia article. If you know where to look, you can even find the remnants of a 1940s plane wreck just 200 feet below the summit.

The other two routes on this list are equal in difficulty, and both pay a visit to Shining Rock itself, a massive quartzite rock outcropping that’s visible throughout the region. By way of Old Butt Knob and Shining Creek Path, you’ll face one of the steepest trails anywhere in Pisgah. In the summertime, blackberries and blueberries line the way, and wildflowers offer a vibrant backdrop for a hike. The return trip follows Shining Creek Path and includes a popular summer swimming hole and camping area near the trailhead.

In contrast, on the other side of the ridge, the Art Loeb/Little East Fork Loop climbs to Shining Rock from Camp Daniel Boone. Slightly longer, the loop follows a gradual – yet demanding – climb to the overlook, then traverses one of the Art Loeb’s most challenging sections: The Narrows. Tight and narrow singletrack follows the ridgeline and offers stunning views to both the east and west. After reaching Deep Gap, you’ll make your way back down the last few miles of the Art Loeb to where you began.

A challenging summit hike to a viewpoint on Cold Mountain.

A challenging and incredibly-steep approach to Shining Rock.