Journey along some of the most glorious and diverse trails around the Big Island of Hawai’i to stunning beaches with black, white, and green sand. 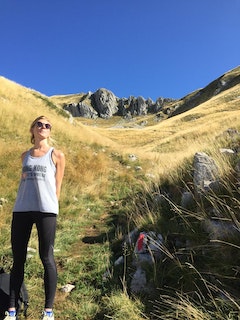 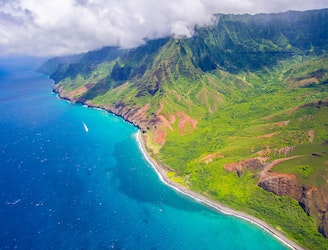 by Photo by Troy Squillaci from Pexels 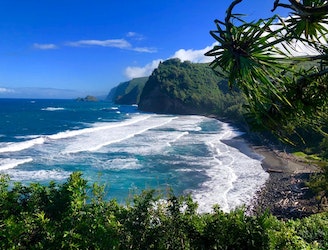 Pololū Valley from the lookout 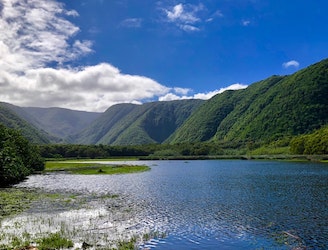 The view into the back of the valley 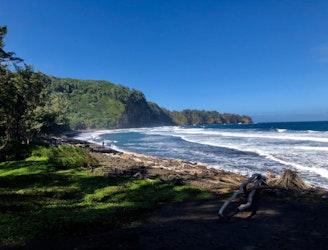 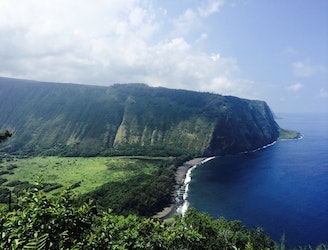 Waipi'o Valley from the Lookout 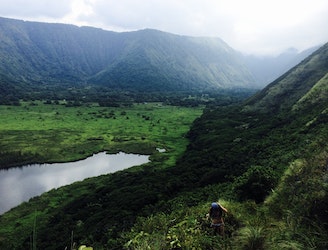 View into the valley from Muliwai Trail 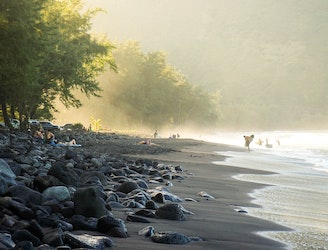 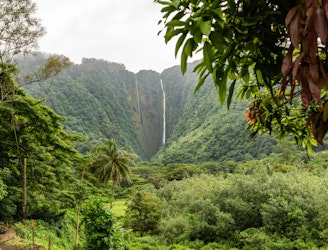 Hi'ilawe Waterfall in the valley 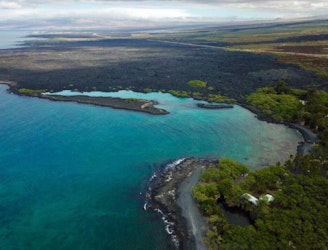 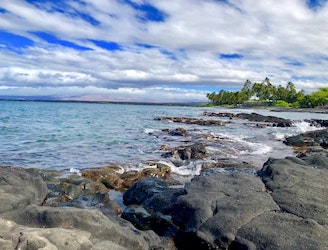 Coastline view from the trail 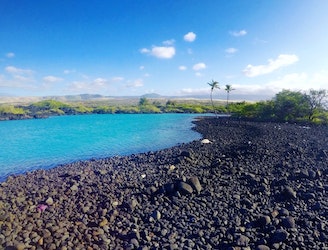 View from the islet in Kīholo Bay 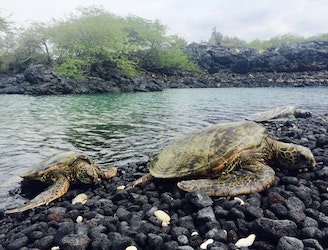 Turtles resting in the bay 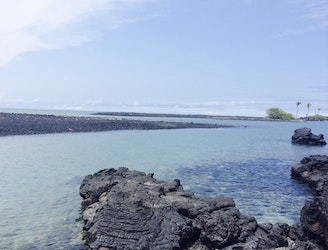 View once you arrive in Kīholo Bay 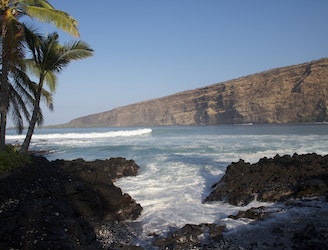 View of Kealakekua Bay from the other side of the hike 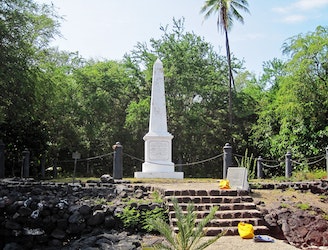 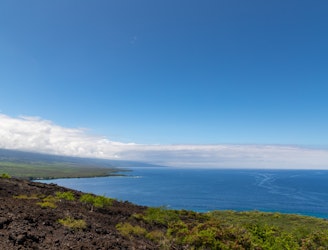 Views from the hike 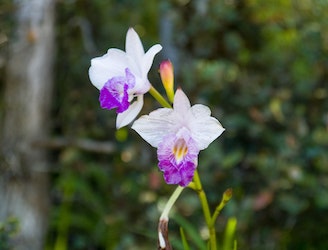 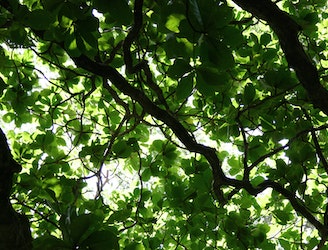 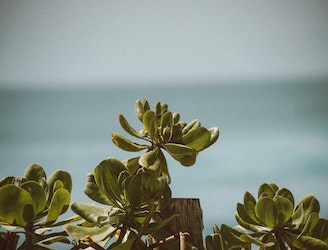 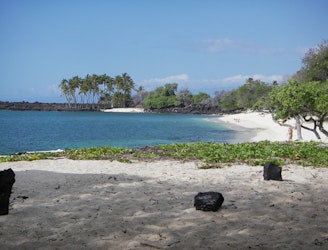 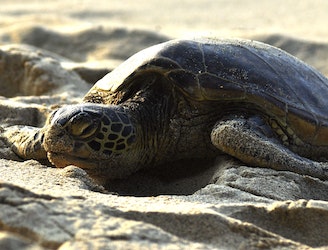 Honu resting on the beach 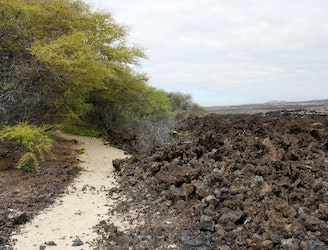 The trail going through dried lava 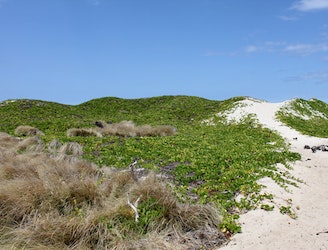 The path surrounded by pōhuehue 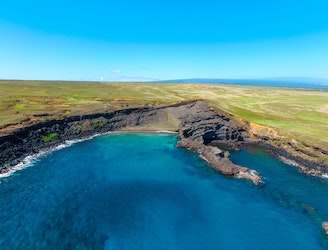 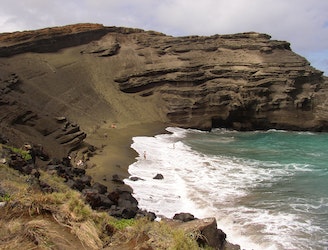 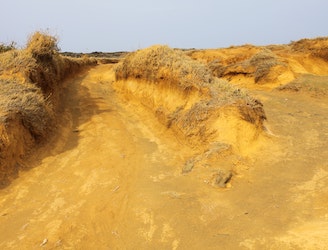 Hiking trail to the beach 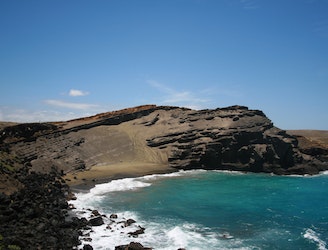 Green Sand Beach from the trail

From lush rainforest to dry lava rocks and white sand beaches, and from erupting volcanoes to rolling green hills and even snow-capped mountains, the Big Island of Hawai’i has it all. In fact, Hawai’i is home to nearly 200 distinct ecosystems, making it a natural paradise with abundant flora and fauna. Add in the fact that it has great weather year-round, and it’s easy to see why it’s such a hotspot for hiking.

As the largest island in the archipelago, the Big Island, officially called Hawai’i, has a treasure trove of incredible hikes amongst its formidable and diverse landscapes. You can hike along the forest- and jungle-covered Hāmākua Coast with its dramatic cliffs, black sand beaches, and waterfalls that soar thousands of feet high. Or you can hike the desert-like landscape of the southern tip of the island or even to the flatter, rocky dried black lava trails of the Kona Coast dotted with white sand beaches. The choice is yours.

Along the trails, the vast deep blue ocean is a constant part of the backdrop, and you’ll typically be greeted with a colourful rainbow — it’s not called the Rainbow State for nothing.

This guidebook rounds up seven of the most glorious and stunning valley and coastline hikes on the Big Island. To truly make your time in Hawai’i unforgettable, you’ll end up on a beach after every single one of these hikes. Two of them are even famous for sea turtle sightings. There are dozens more to choose from, but this hitlist will get you headed in the right direction and experiencing as much of the island’s epic ecosystems as possible.

Two of the best valley view hikes on Hawai’i are Waipi’o and Pololū, which offer sweeping vistas of multiple deep valleys, dramatic black sand beaches, sparkling blue ocean, and cascading waterfalls — not to mention terrific climbs up and down the valleys’ sides.

For easier hikes to tranquil beaches, try Makalawena Beach or Kīholo Bay, both of which are regularly visited by beautiful green sea turtles.

You’ll be hard-pressed to find an unattractive hike on the Big Island, so whichever one(s) you decide on, you’re guaranteed to have a blast and be rewarded with stunning views and amazing beaches.