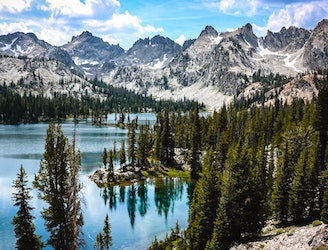 An alpine lake and jagged peaks of the Sawtooths 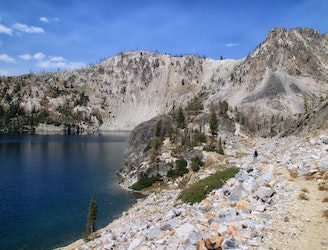 Overlooking Sawtooth Lake from the trail 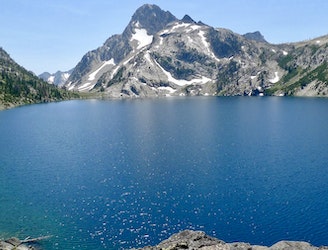 by Brian Teutsch, edited from original 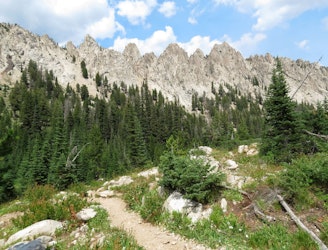 Views along the trail to Sawtooth Lake 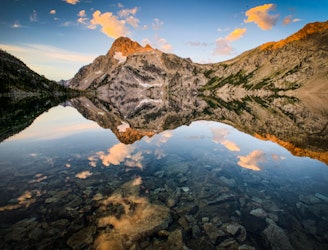 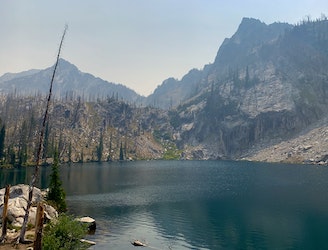 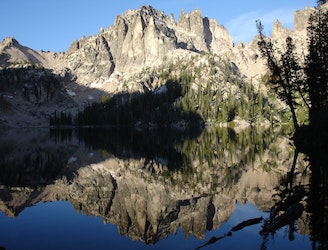 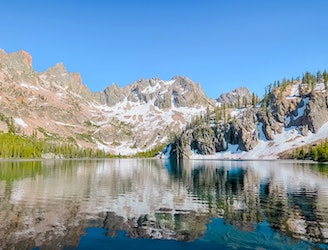 Cramer Lake in the Sawtooth Wilderness 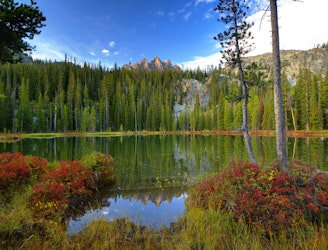 One of the Bench Lakes reflecting Mount Heyburn 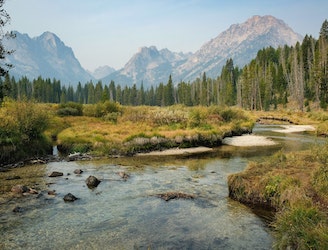 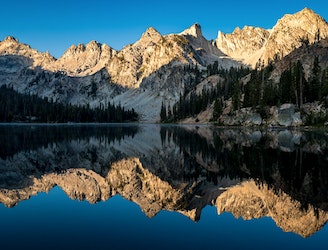 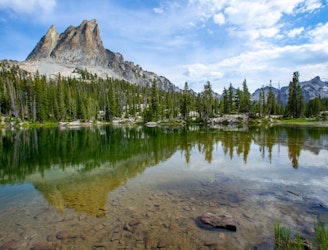 View of El Capitan on the way to Alice Lake 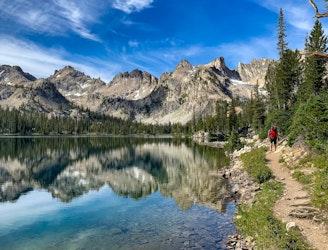 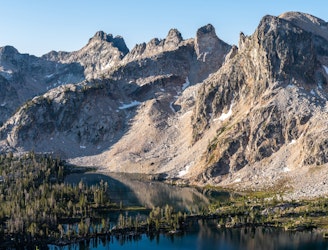 If you travel beyond the potato-growing plains of Southern Idaho, the terrain rises suddenly into an expanse of mountains occupying the rest of the state. Many people don’t realize just how mountainous Idaho actually is, but it’s rippled by ranges throughout the central and northern regions. You could spend a lifetime exploring all of Idaho’s mountains, but one range really stands out from the rest––the Sawtooths.

The Sawtooth Mountains are Idaho’s crowning range. Though they don’t hold the state’s absolute tallest summits, they make a dense cluster of peaks at the headwaters of several major rivers. The water that tumbles from snowfields and alpine lakes at these high elevations will eventually flow through much of the state. And like the points of a crown––or perhaps like the teeth of a saw––the Sawtooths make an impossibly jagged skyline near the center of Idaho.

A national recreation area and a designated wilderness protect this iconic mountain range. Though the landscape is quite intimidating, many miles of trails are laced throughout, allowing endless exploration by determined hikers. The prime season is the short window of summer when the weather dries and warms for just a few months. During that time, the streams run cold and clear, lakes sparkle in the sun, and wildflowers burst into bloom, all while unyielding granite spires scrape the sky overhead.

Though day hiking is a possibility and quite popular in the Sawtooths, the best way to experience them is really with a backpacking trip. These mountains are hard to reach from just about anywhere, so you can maximize your time on the trail instead of the road by spending at least one night out. Plus, by camping you can, of course, go farther and see more than the majority of visitors who spend only one day.

Backcountry camping in the Sawtooths does not require a permit in advance, but simply a free registration to fill out at the wilderness boundary. There are also no designated campsites, just at-large camping in any previously established clearing. In order to preserve this pristine and untamed nature of the recreation area, it’s important to learn and prepare to follow the wilderness regulations ahead of time.

To help plan your trip, use this guidebook to find some of the best trails for backpacking in the Sawtooths. There are many to choose from, and each holds its own opportunities for a variation on the itinerary. On this map, you can tap on any route for details about the adventure, including trailheads, possible places to camp, and what else to expect along the way. No matter what trail you choose in the Sawtooths, you’re sure to be amazed by the beauty and scale of these rugged mountains at the heart of Idaho.