Skins and a bit of local knowledge lead to some wonderful tree skiing off the back of B.C.'s 3rd largest resort! 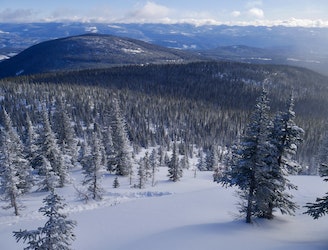 Looking down on the ski 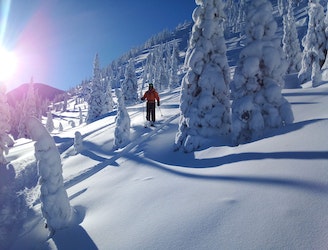 Towards the bottom of the descent on a freezing January day 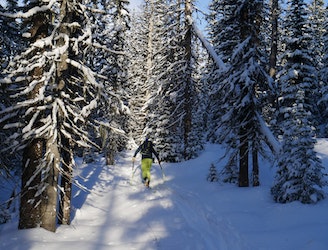 On the way in 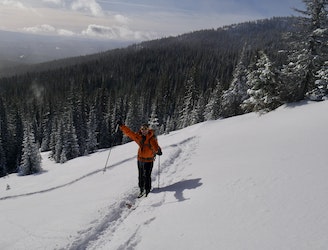 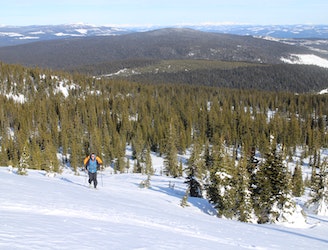 Climbing back up to East Peak's east ridge 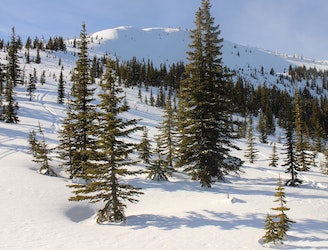 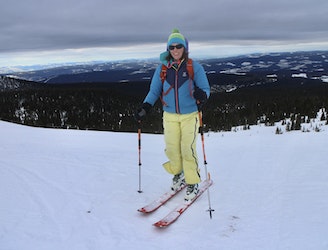 Reaching the col after the skin up 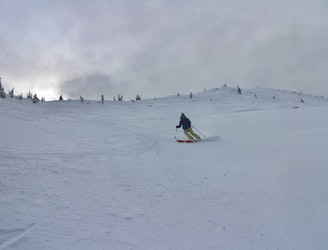 Great skiing on the upper face 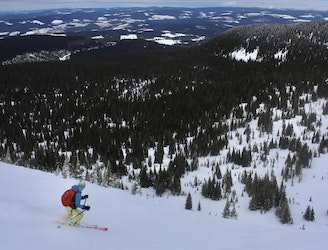 Midway down the face 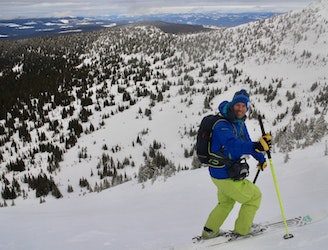 About to drop in

Within an hour's reach of Kelowna - BC's 3rd largest city - sits the province's 3rd biggest ski area; Big White. "Biggie" is primarily known as a family resort (the area's own tagline is, "Canada's Favourite Family Resort") but there's also some excellent advanced terrain too, both lift and foot accessed.

Officially you aren't supposed to use the Big White lifts to access the backcountry so if you're going to do it then, at the very least, make sure you're suitably equipped and experienced for the tour you're doing. It's officially not permitted to use the lifts to access the backcountry but it seems to be tolerated if skiers are sensible and respectful of the terrain they're entering. Don't be the reason that Big White ski patrol get stricter!

The 4 tours in this guidebook are all suitable for intermediate skiers, but they do take you into avalanche terrain so they deserve respect. The ski area is also not responsible for you once you leave their boundary so also bear in mind that you'll need to be completely autonomous on these lines.

All of the routes in here are merely guides as to how to access different areas rather than specific lines - each of them accesses a different bowl and each bowl can be skied in countless different spots. Use these routes to get into the bowl, and then use your imagination to get the most out of them!