A front-loaded, technical route offering two major climbs on table mountain and karbonkelberg within the first 50km, with 4 800m of elevation gain. 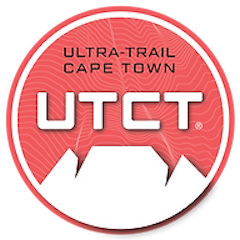 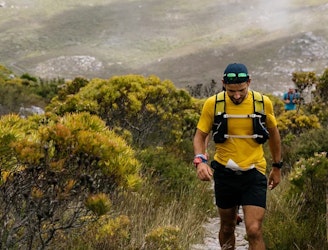 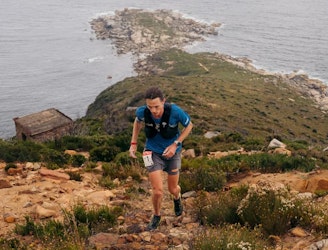 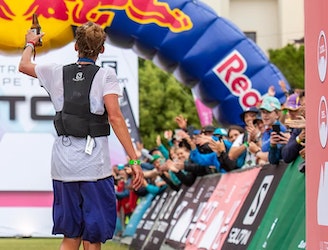 The 100km Ultra-trail is a front-loaded route with two major climbs on Table Mountain and the remote trails of Karbonkelberg within the first 50km. The second half, while equal in elevation gain, consists of more sustained gradients.

The race starts with a climb out of the city up to Signal Hill and around Lions Head, which provides stunning views of the City and the Atlantic Seaboard. Runners climb midway up Table Mountain's north face and run a contour to Platteklip Gorge, the longest vertical ascent of the race, a notorious route with gradients exceeding 35 degrees, up Table Mountain. The climb is a long grind that loads the legs very early on in the race - after 25km an elevation of 1700m will have been covered.

On reaching the top, runners traverse the famous tabletop ridge eventually arriving at Constantia Nek after an 800m descent. From here the route flattens through Orangekloof to Llandudno Aid station and along the remote scenic coastal stretches of Sandy Bay and beyond. The second of the two steep climbs is the 600m Suther Peak and a traverse of Karbonkelberg to Hout Bay Aid station. This part of the race either makes or breaks it for the runners, with temperatures on the rise and a scramble up this remote stretch being particularly exhausting.

The second half from Hout Bay takes runners across the beach towards East Fort and the Manganese Mines and over the mountain above Hout Bay. Runners descend via Vlakenberg to Constantia Nek where they head through the vineyards and city greenbelts to reach Alphen Trail Aid Station. From here they climb through to technical sections of Cecilia and Newlands forests, followed by a steep drop down to below Rhodes Memorial and the last Aid Station on the outskirts of the University of Cape Town.

The final 10km requires digging deep with an intense climb to get up to the Blockhouse and lower traverse of Devils Peak. Reaching it marks the home stretch and presents incredible views of the City, the Atlantic Ocean, Table Mountain and Lions Head.