4 of the Best—and Most Challenging—Trail Runs in Verbier

Verbier is one of the top resort towns in Switzerland and provides a lifetime of trail running opportunities!

Verbier claims a coveted spot among the best resort towns in Switzerland. With the incredible array of ski resorts and mountain destinations on offer in Switzerland, this is no small feat! The idyllic village of Verbier “is situated on a sunny plateau and offers a unique panoramic view of the Mont-Blanc and the Combins massif,” according to MySwitzerland.com.

While Verbier is best known for its skiing, in the summer, you’ll find “over 500 km of signposted trails. . .across the Verbier heights and the Val de Bagnes,” according to MySwitzerland. These hundreds of kilometers of trails can be combined into a never-ending array of trail running adventures!

If you’re looking for a loop run with world-class views, you can’t go wrong with the Verbier Crest Loop. This loop run from downtown Verbier passes thundering waterfalls, climbs mountain peaks, and runs along the shores of pristine alpine lakes… in addition to miles and miles of high-alpine singletrack!

While the trail running in the immediate vicinity of Verbier is truly world-class, Verbier also serves as a beginning and endpoint for a plethora of long-distance objectives. One of the most renowned is the Via Valais, an exciting 9-day grand tour of the Alps, inspired by the Haute Route. "The nine-stage route moves through some of the Swiss Alps’ most beautiful terrain, traversing in and out of valleys rather than straight up and down,” according to ALPSinsight. "You’ll run beneath numerous 4000-meter peaks, alongside glaciers, and over high alpine passes. It’s a trail runner’s dream tour that connects Verbier and Zermatt.”

The X-Alpine Trail of the Trail Verbier St-Bernard offers up a challenging one-day ultra running objective. “The route joins the three valleys of the river Dranse, forming a symbolic link between these three geographic regions,” according to Tim Lloyd.

Finally, for another massive ultra-running objective that heads in an entirely different direction from the X-Alpine Trail, consider the Tour des Cabanes. This route offers “probably the most complete circuit in terms of landscape and terrain diversity,” according to Pays du St-Bernard. But with over 58 miles of running and 22,000 feet of elevation gain, you’ll have to be prepared for a truly epic day (or several days) out in the mountains to complete this loop! 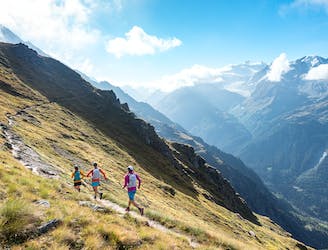 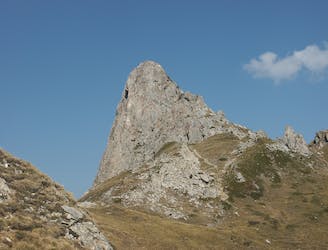 A gorgeous loop following the crest of the mountains above Verbier 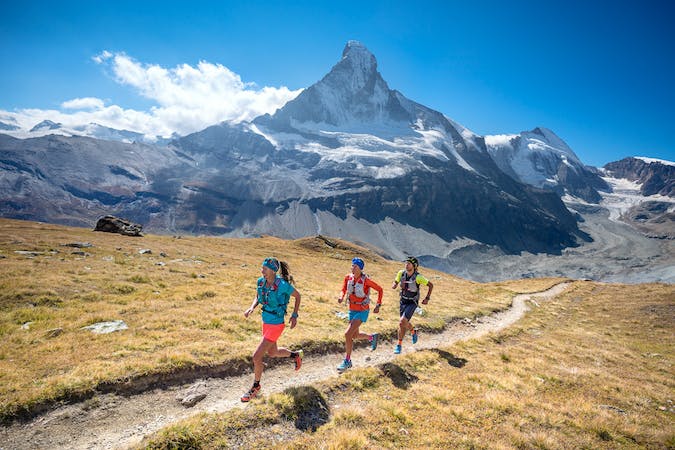 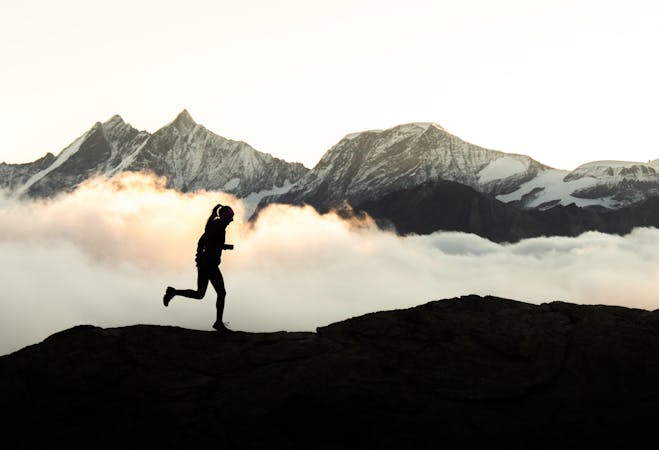