Luckily a much easier day after the big one yesterday, over a steep col on the frontier

FATMAP would have been a very useful resource for this day, when I did it. The Italian map is very poor and hard to navigate with, so it was more by luck than good judgement that I managed to locate this col in the mist, having waited till midday for the mist to clear. It didn’t clear and I remember hoping for the best and wishing mapping was better. As evidenced by what you are looking at, it is now!

To cross this col you are roughly following the line of the summer path, which weaves its way around some steeper areas. Initially you descend 100m or so, then around some outcrops. Higher up you are in an open snowy basin which leads steeply up to Col d’Arnès at 3012m.

The descent is initially straightforward but you don’t take the line of the summer path, but instead head further L in descent. Aim for a flat area at 2570m, the Lac du Glacier d'Arnès, which will likely be snow covered, so not that obvious. This is the marker for the descent down steeper ground that convexes off beyond. If you are lucky there will be tracks on this.

This convexity heads down to the Ruisseau de l’Oney, which links lower down with the Ruisseau d'Arnès and the summer path. You aren’t much above 2000m, so it is common for this last part to the hut to be on foot, as it faces SW. If you are on a tight schedule you can head down to the valley, but the days to come are fantastic if you have the time and weather to do them.

Day tour up the Ouille d'Arbéron 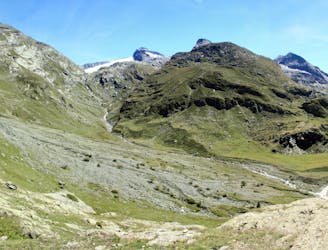 A great return trip up a very shapely peak 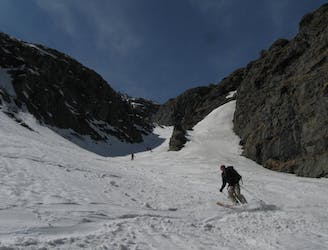 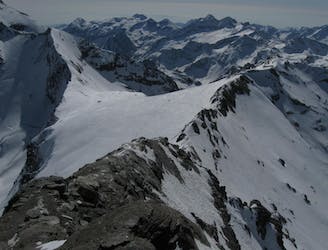 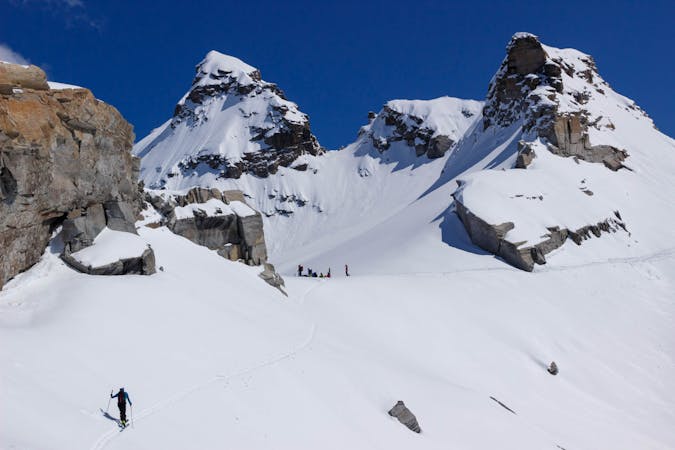