A really short line but worth a go as it doesn't require effort in terms of walking, being 2 minutes walk from both gondolas.

Take either of the gondolas (both of them bring you to the same place) and as soon as you are at the top turn left, where you will see a lot of ski schools. Go straight ahead and you will see a black and yellow security rope, which you need to duck under. Watch out for rocks as this area does not hold the snow well. It's not too steep for the first 3 to 4 turns in nice powder but it is enough steep to get some sliding snow. Remember we are heading to the middle of the blue slope named "Diagonal balsa" below, which you cross. Watch for the compression and other skiers as you cross it. Then head straight into the second part of the line, where nice turns can be found. It is impossible to get lost as you are between the artificial lake on your left and the blue slope "El rio". As soon you are more or less at the same level with the lake you join the blue run. 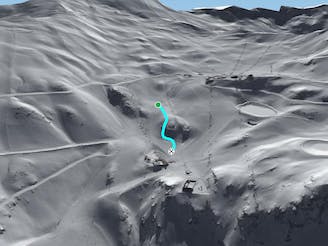 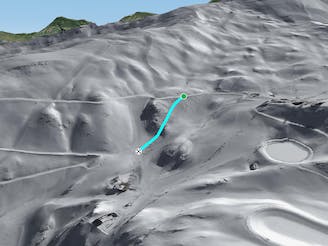 An easily accessed run close to both Gondolas giving access to some nice cliffs.

In between lake line 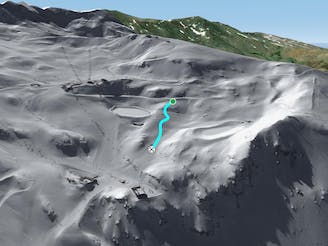 A quick traverse line between rocks in a relatively gentle area 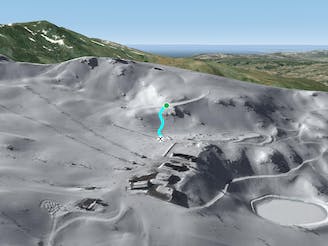 Steep entrance and short line with a few rocks finishing close the slopes. 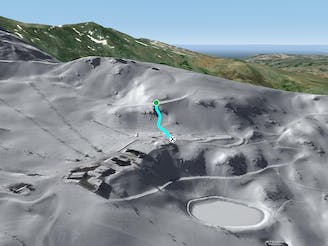 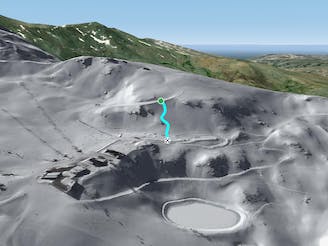 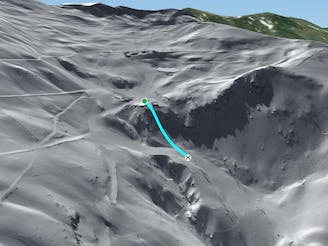 Experienced skiers will be here as you can take the run really gentle,or taking the cliff. 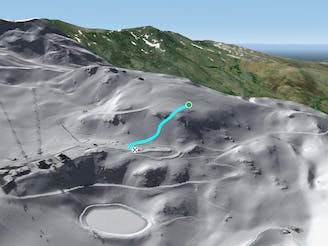 Short cut line mixing a bit of steepness and fast skiing if wanted. 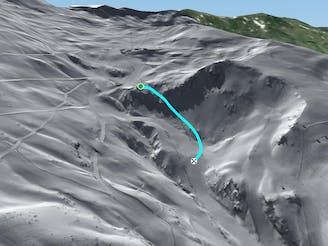 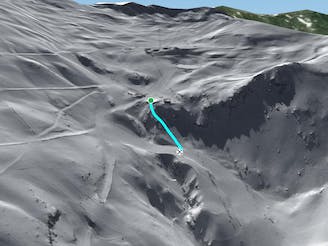 Different approach to the stadium line, but also steep.