A long-distance walking path around the entire coast of Wales.

Wales is one of the few countries in the world to have a designated walking path along the entirety of its coastline. The Wales Coast Path runs approximately 870 miles from the English border in the south to the English border in the north, more or less tracing the shore the whole way in between, including the circumference of the Isle of Anglesey. Opened in 2012, the Path connects some pre-existing and well-known routes such as the Pembrokeshire Coast Path (a UK National Trail) and the Llŷn Coastal Path. It runs through two national parks and eleven national nature reserves. The Wales Coast Path is not only an eye-popping journey over the landscape, but also a cultural tour of the coastal towns and countryside, with all their unique sights, sounds, and flavors.

On the South Wales Coast, the path begins along the mouth of the River Severn. In this bay, vast mudflats are twice daily exposed by the receding tide, which exhibits one of the highest tidal ranges anywhere in the world. From there the path continues through the cities of Newport and Cardiff, then into more rural territory where it traverses the top of huge sea cliffs on the Glamorgan Heritage Coast. Sandy beaches and dunes appear soon after, near Porthcawl and along the stretch to Swansea.

West of Swansea is the Gower Peninsula, which was the very first place in the UK to be designated an Area of Outstanding Natural Beauty. It is a spectacularly-varied coastline with limestone cliffs, rolling moors, woodlands, sandy beaches, surfing spots, medieval castles, and small towns with delicious seafood. At the west end of Gower is the Worm’s Head Peninsula, a rugged spit of land with a natural bridge weathered in its rocky spine. Next is the world-famous beach of Rhossili Bay, a 3-mile-long arc of white sand backed by dunes and green hills. The path then takes a few curves inland to navigate around large estuaries and Carmarthen Bay, a rich ecosystem famous for cockles and especially-diverse bird life.

Next comes Pembrokeshire Coast National Park, where sea cliffs soar above crashing waves, white-sand beaches fill the breaks in the cliffs, steep wooded valleys descend to the sea, and narrow harbours house tiny fishing towns. In just one small highlight stretch of coast there is the Green Bridge sea arch, the Elegug Stacks limestone towers, and an open-air sea cave called The Cauldron that fills with the tide. More such formations are spread among the many coves and headlands of Pembrokeshire, which is the wildest and most rugged section of the trail in South Wales. There are a few estuaries that should be crossed at low tide. Otherwise, a lengthy workaround is required because bridges are few.

The town of Cardigan is the southern end of the Welsh Heritage Coast, which the path follows to begin its journey northward along Cardigan Bay. This stretch has more sea cliffs, caves, sandy beaches, dunes, tidal flats, and a typical host of small to medium-sized towns with a richness of food, drinks, and accommodations for travelers. From high points along the rolling hills, you can spot the mountains of Snowdonia, dead ahead.

North of Ynyslas is a large estuary to work around, and from its north side rise the green hills that form the foot of the mountain range, marking the boundary of Snowdonia National Park. The terrain grows more furrowed moving northward. At Barmouth, a footbridge over the estuary avoids a lengthy detour and grants views up a steep-sided valley that the tides have filled. North of there, the Path follows a very long stretch of sandy coast to Harlech, where another estuary barrier necessitates an inland cut before starting along the Llŷn Peninsula.

The Llŷn Coast brings hillier terrain and typically harsher weather. Some of the path’s most fascinating cultural sites are found here, including a 12th Century castle on the coast at Criccieth, the largest Iron Age forts in Britain, and Celtic churches as old as the 6th Century. Bardsley Island is in clear view off the tip of the peninsula, and you can take a ferry to visit this isle that was revered as holy in medieval times. Most of the Llŷn Path is through countryside, crossing rolling hills atop sea cliffs and dipping into sheltered coves with sandy beaches. North of the peninsula lie the Menai Straits, with the Isle of Anglesey on the other side. Cross the historic Menai suspension bridge to reach the island and continue the Wales Coast Path around its perimeter.

Anglesey’s shores in the Irish sea are rich in bird and aquatic life. You are likely to spot seals and porpoises during certain times of year. Along with natural scenery like sea cliffs, stacks, and arches are several notable lighthouses like the one on Llanddwyn Island, one at South Stack on Holy Island, and the offshore one at Penmon Point. Carmel Head is a particularly large and scenic headland with old mining ruins, and plenty of other historic sites can be found around the coast like churches and Iron Age forts. Holy Island is one major highlight of the Wales Coast Path all on its own. It has the limestone hulk of Holyhead Mountain to climb, and beautiful sandy beaches on which to relax, tucked into craggy coves.

The North Wales Coast is mostly sandy shore and beach towns, providing a more urban landscape for the final stretch of the path. One particular highlight is the large 13th Century castle by the harbour at Conwy. At Dee Estuary, you are likely to spot wildlife as the path nears its end. It follows the River Dee to the English border near Chester. 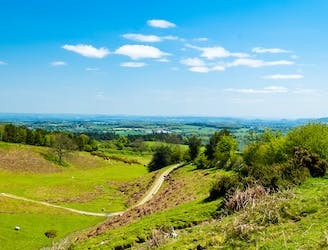 A beautiful journey along the Anglo-Welsh border 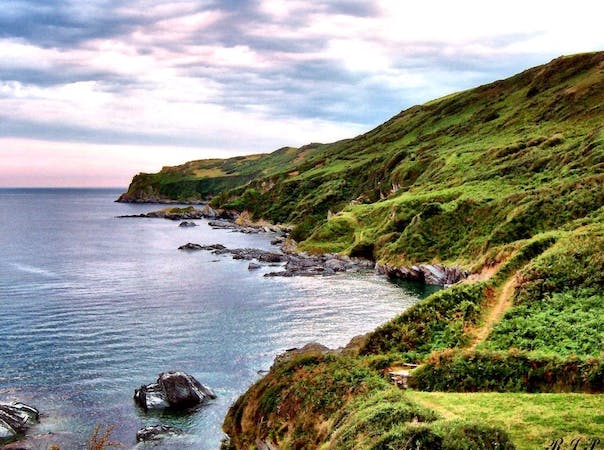 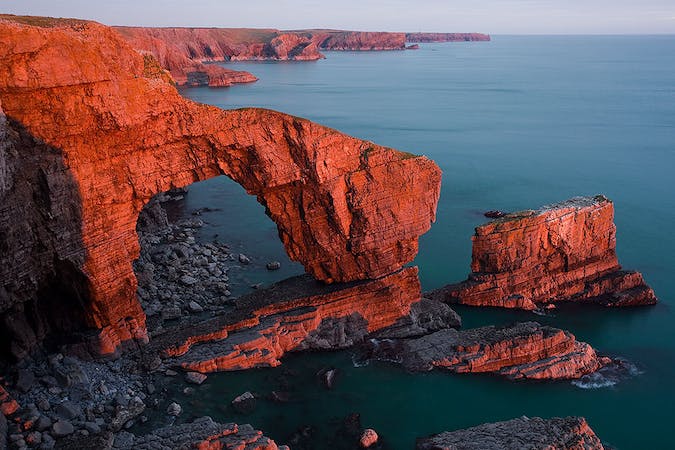