A UK National Trail along sea cliffs, across coastal moors, and through harbour towns of England's South West Peninsula.

Much of South West England is a peninsula rising dramatically from the Atlantic Ocean. On top, its high rolling hills are carpeted in woodland and moorland, but relentless ocean waves have battered the periphery into rugged cliffs and revealed some of Britain’s most fascinating geology. The South West Coast Path, which is the UK’s longest National Trail, traverses 630 miles of coast from Minehead, Somerset to Poole Harbour, Dorset.

Along the way are both the most westerly and most southerly points of the British mainland, the highest cliffs in England, huge beaches and sand dunes, waterfalls tumbling to the waves, natural arches carved in colorful stone, fossils from the age of dinosaurs, and every type of beach from jagged rock to sparkling sand. Just as impressive as its natural beauty, however, is the culture and history you’ll encounter along the South West Coast Path. It links all sorts of coastal towns, from big and bustling to small and charming, each with their own unique assortment of food and drink to try, places to stay, and people to meet. The path tours sites of immense significance to history, like the abandoned mines of Cornwall, and to lore, like Tintagel Castle where the legend of King Arthur begins.

In Somerset and north Devon, the path traverses a sparsely-populated and exceptionally-rugged coastline which includes Exmoor National Park. Sea cliffs tower to 1,000 feet in some places. The tallest of them all is Great Hangman at 1,043 feet, the highest sea cliff in England and the highpoint of the South West Coast Path. Farther west are expansive sand beaches and dunes, surf towns, and the North Devon Coast Area of Outstanding Natural Beauty. Beyond the town called Westward Ho! imposing sea cliffs rise again, punctuated only by small coves with historic harbour villages.

In North Cornwall, the sea cliffs become a mix of dark igneous and lighter granitic rocks, topped by rolling moors mostly bare of trees. In west Cornwall, the path rounds the westernmost reach of Britain’s mainland at Land’s End. Other highlights of the path through Cornwall include the surfers’ haven of Bude, clifftop castle ruins at Tintagel, volcanic hills called The Rumps, the Cornish Mining World Heritage Site, an amphitheater overlooking the sea at Porthcurno, the castle on St Michael’s Mount, and shiny, multi-colored rock along the Lizard Peninsula. Throughout Cornwall, you will find outstanding seafood and other tastes of Cornish culture like unique foods, beers, music, and signs written in the Cornish language.

The section through south Devon includes the largest population center along the path, Plymouth, as well as the stylish “English Riviera” of Torbay, and the historic port town of Dartmouth with its colorful houses along the quay and twin castles guarding the harbour. Apart from these urban highlights, there are numerous tiny fishing villages that seem stuck in time, plus the sparsely populated bays and headlands of South Hams, and the Slapton Ley National Nature Reserve.

Then comes the famous Jurassic Coast of East Devon and West Dorset, where sheer cliffs along the English Channel expose rocks deposited when dinosaurs roamed the Earth. This is England’s only natural world heritage site, designated for its outstanding geologic record, which shows a nearly complete chronology of the Mesozoic Era in tilted striations from west to east. Marine fossils are common in the cobbly beaches, and significant paleontological finds have been made here in the past.

The path is wild and exposed for much of this section, showing off the dramatic landscape and dynamic erosional forces that form it. Famous landmarks along the Jurassic Coast include: sea stacks of Ladram Bay, chalk pinnacles of Old Harry Rocks, the long sand spit of Chesil Beach, a natural arch called Durdle Door, and Golden Cap, the highest point along the South Coast. Natural backdrops and coastal towns of this region have been the setting for several movies and the inspiration for countless artists.

With so many highlights packed along this epically-long walk, each section of the path is a deserving journey of its own, and most of the towns along the way make holiday destinations in their own right. Short walks are the most popular way to enjoy the South West Coast Path, but there is, of course, the option to walk great lengths, or even the full 630 miles, in one push. The end-to-end journey typically takes 1-3 months. Accommodations vary greatly along the way, but options range from tent camping to luxury hotels. The weather, though often wet, can be comfortable year round. Summer is the easiest season for walking, not only for the warm temperatures, but also because ferries are the quickest way to negotiate the numerous river mouth crossings, and many of them operate only in summer. Fall and winter are the seasons for avoiding crowds and higher prices along the path, but come with logistical difficulties, limited accommodations, and harsher weather. 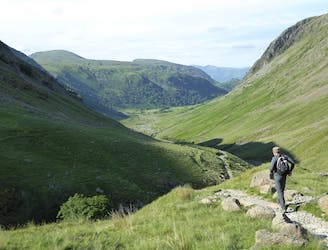 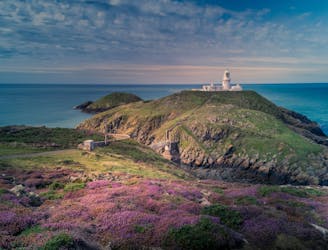