A historical hike with majestic bay and mountain views and some of the best snorkelling on the island.

Reach the trailhead by heading towards Kailua-Kona on Highway 11, find Nāpō’opo’o Road or Highway 160 near the 111-mile marker. Drive roughly 500 feet down the road and park by telephone pole number 4 in a small and unmarked side section. You can also head a little higher up the hill for a wider shoulder to park on. From here, walk down the four-wheel-drive road by telephone pole 4 for about 1.5-miles until it sharply turns south towards the water. If you’re walking through overgrown grasses and trees, you’re on the right path.

For the history buffs, this bay is an important historic location, as it’s where the famous explorer Captain James Cook first anchored his ship when he "discovered" Hawai'i, and where he was later killed. Known as the first European to set foot on the Hawaiian Islands, among other countries, Captain Cook played a major part in exploring the world. As you make your way downhill, you’ll come across an old heiau (ancient temple) where Captain Cook was ritually desecrated. Further down by the water, you’ll see a small plaque just a few feet out from the shoreline, memorialising where Captain Cook fell in the shallow water of the bay. And further along on the water’s edge, you can’t miss the large white obelisk, which is the Captain Cook Memorial.

Once you’ve had your fill of history, head into the bay’s brilliant waters for some of the best snorkeling on the island. Filled with coral and schools of tropical fish, the clear and calm waters are an idyllic spot for swimming. If you’re lucky, spinner dolphins can usually be spotted having some fun in the bay, too.

The surrounding, dramatic cliffs above you can best be described in Mark Twain’s famous words when he first laid eyes on Kealakekua Bay in 1866 “Kealakekua Bay is a little curve like the last kink of a snail shell, winding deep into the land, seemingly not more than a mile wide from shore to shore. A steep wall of lava, a thousand feet high at the upper end and three or four hundred at the lower, comes down from the mountain and bounds the inner extremity of it. From this wall, the place takes its name, Kealakekua, which in the native tongue signifies 'The Pathway of the Gods.'"

The all-uphill return will get your heart pumping and will offer you incredible views of the mountain looming above you and the sparkling ocean behind you. 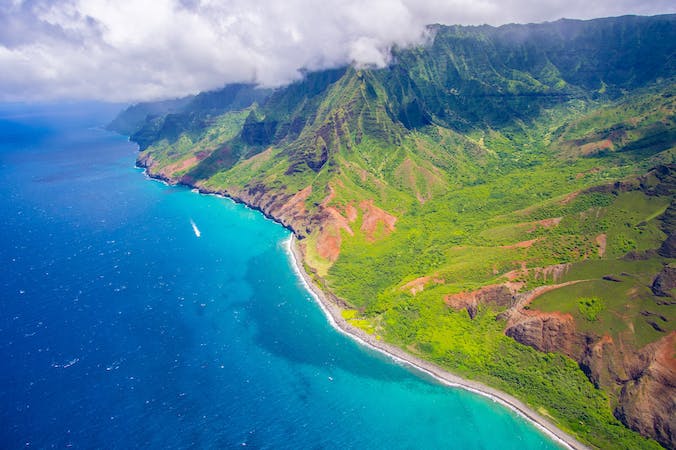