Once believed to be the highest peak in the Catskills, the Kaaterskill High Peak remains the most dominant mountain as viewed from most of the Hudson Valley. Its beauty and prevalence made it the subject of both artists and vacationers of the early 1900s. Today, it serves as a popular destination for hikers looking for an adventure.

The naming of the summit has a long history. Before topographers were able to accurately map the region, the adjacent Round Top Mountain to the west was originally believed to be the official higher point. Today, however, the summit is listed near 3,650', with Round Top listed at only 3,450'. Wikipedia even states that "in the latter years of the 18th century, the peak was known as Liberty Cap for its similarity to the Phrygian cap popular during the American and French revolutions."

Begin this hike at the DEC Parking Lot along Platte Clove Road. On some maps, it may be labeled as the Huckleberry Point Trailhead due to another popular day hike that departs from here. The route follows New York's Long Path and climbs gradually from the parking lot at what some would consider a conversational pace. At the junction with Huckleberry Point Trail, keep left to continue to High Peak.

Almost directly north of the summit, a small obscure junction leads to the left (south). Follow it, keep straight at the next intersection, and follow a very direct approach up its northern face. A steep, intense climb leads to a small grassy clearing nestled deep in the boreal forest. This is the official summit and two USGS Survey markers can be found nearby.

For some incredible views, continue south beyond the high point to Hurricane Ledge. Just a short walk away, a steep, exposed cliff gives ways to phenomenal views of nearby Indian Head and Twin Mountains, connected by the infamous Devil's Path. Enjoy the views: they are arguably some of the best in the Catskills.

For those interested in an additional challenge, remnants of two plane crashes can be found nearby. One is located near a snowmobile trail, while the other's location is obscured by dense brush. Lightly traveled paths have been formed over time by those visiting the wreckage. 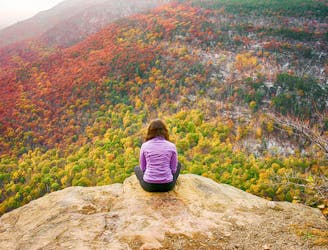 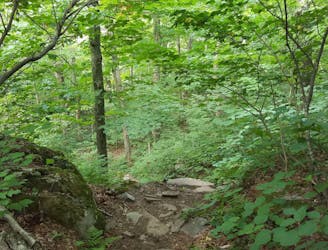 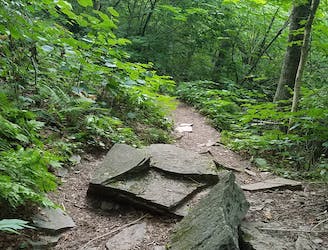 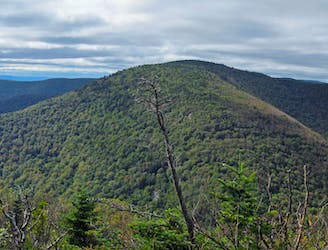 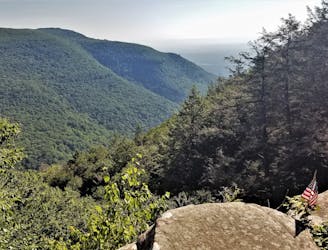 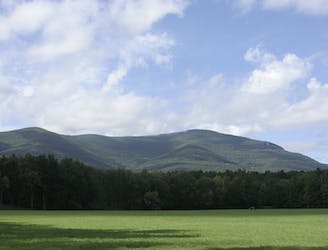 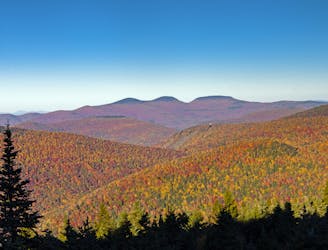