A lengthy and lesser-traveled approach to Mount Marcy.

This approach to Mount Marcy is a perfect alternative to the other heavily-trafficked options. Not only does it summit New York's Tallest Peak at 5,300 feet, but it also passes over the picturesque Boreas-Colvin Range along the way.

Over the past several years, the trail has seen a significant amount of work, including the addition of a new bridge near Elk Lake. The route is particularly remote, passing through a few swamps and bogs along the way.

Slightly southwest of Mount Marcy, a trail junction indicates Mount Skylight to the left, and leads to Mount Marcy on the right. The final approach is extremely rugged as the trail climbs into the treeless alpine zone and across Schofield Cobble above 5,000 feet.

Named after a 19th-century New York Governor, this grandstand offers astonishing views of the Adirondacks as its summit lies well above the treeline. Enjoy the views and take a picture of the placard denoting your accomplishment.

This approach is most often traveled as an out-and-back, but several other options exist. The Great Range, Phelps Trail, and Van Hoevenberg are only a few options to create an epic thru-hike through the Adirondacks. 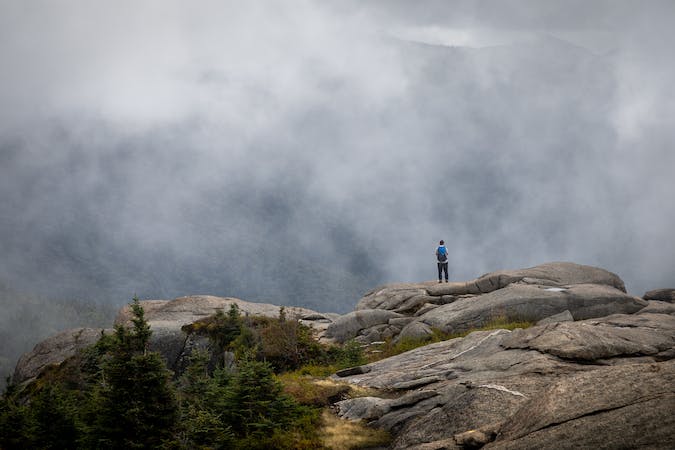