There is no defined trailhead for this loop, and some GPS devices may have difficulty navigating to the start of this route. This private community centers around the main thoroughfare—Winter Star Road—and the run begins on the road just before ascending above 3,800'.

Park at one of the many pull-offs on the road, the most notable of which is just before you encounter a "Private Property" sign. A second sign slightly up the road clarifies that the road is closed to motorized traffic and bicycles, but open to hikers (and runners).

The route begins with a nice warm up by walking up the gravel road. After a couple of switchbacks, the quality of the road begins to degrade and you will pass through a gate and onto rugged two-track. Not far up, two old mining roads converge into a large clearing. The loop begins here and can be completed either way—most choose clockwise.

Ahead, the old two-track leads uphill in a northerly direction, en route for a series of rugged switchbacks. The trail steepens immensely as you begin the climb to the old mica mine. After several switchbacks, you will notice a spur to the right that is frequented by hikers. 100 yards ahead, you'll enter a small clearing adjacent to an open, abandoned, mine pit. According to multiple sources, the hole is over 200 feet deep and intersects a horizontal shaft that leads much deeper into the mountain. Be mindful of your footing and avoid getting too close to the edge. Abandoned in the mid-1900s, ownership of the mine has changed multiple times and was the livelihood for the nearby town of Burnsville for some time.

The loop continues up a couple more switchbacks before leveling out and paralleling the closest ridge. Heading south, you'll be welcomed with some incredible views to the west, and at times, you can even catch a glimpse of Mount Mitchell to the south.

This portion passes two old roads that connect to the Black Mountain Crest Trail, creating the possibility for a much longer run. The first leads north towards a phenomenal overlook atop Horse Rock. The other leads to Deep Gap, the only camping area atop the ridge.

The return trip follows an old portion of Winter Star Road down a multitude of switchbacks, passing a beautiful waterfall along the way. After re-entering the clearing you were at before, head downhill on the road to finish your run. 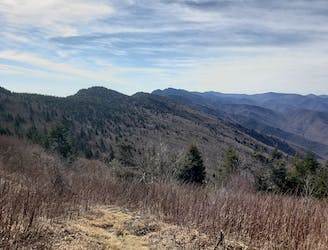 A rite of passage trail run not to be taken lightly. 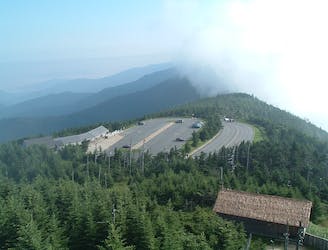 A classic route to the summit of Mount Mitchell, the highest point east of the Mississippi River. 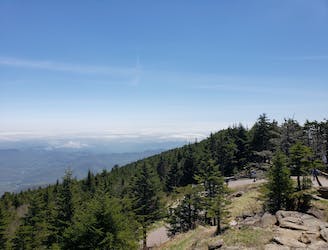 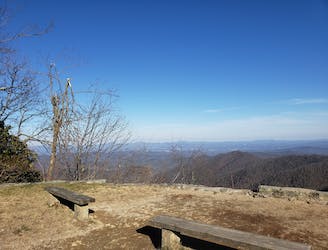 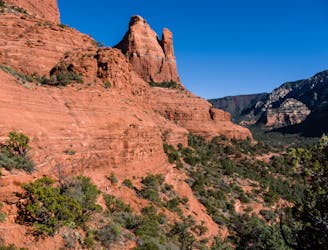