An stunning section of the Appalachian Trail idolized by trail and ultra runners.

S.C.A.R., also known by locals as the "Smokies Challenge Adventure Run," is an equally stunning — and epic — 70-mile stretch of the Appalachian Trail through the Great Smoky Mountains National Park. The adventure begins at Fontana Dam, the "tallest dam east of the Rockies," and ends near Interstate 40 at an unsuspecting trailhead along the road. Source

According to fastestknowntime.com, the fastest supported efforts known are in the 14-hour range, while unsupported efforts ring in just over 15. For the true masochists out there, there is even an official registry of those who have completed Double S.C.A.R. — an almost-unfathomable out-and-back version of the route. This detailed report by Meg Landymore highlights the details, planning, and other details necessary to attempt such a feat. When it comes to aid and support for the route, there is little to be had. Newfound Gap is the best option for a support vehicle, but the road may close during ice, snow, or other inclement weather. Those attempting the run should expect to remain completely autonomous and carry a water filter, PLB (Personal Locator Beacon), rain gear, and of course — plenty of calories.

While S.C.A.R. could be attempted any time of the year, early spring and fall are most common thanks to their mild temperatures. Mid-winter can yield icy and dangerous trail conditions as you frequent elevations above 6,000 feet, while mid-summer humidity and dry springs can make the trail unbearable mid-day. 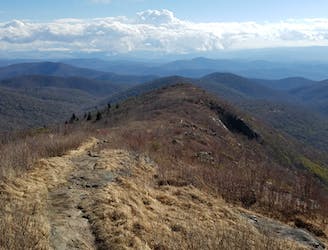