Located deep in the Appalachian Mountains lies this incredible, lesser known 80-mile hiking trail. Commonly referred to as the SST, the Standing Stone Trail provides an incredible thru-hike with endless options for day hikes to rocky vistas and unique rock formations. The trail is also part of the 1,800-mile long Great Eastern Trail, an alternative route to the Appalachian Trail. When completed, the route will include the Pinhoti, Cumberland, Tuscarora, and Allegheny Trails - among many others.

This segment holds one of the most-recognized landmarks on the trail: Thousand Steps. A short spur from the road makes this one of the most visited sections of the entire trail. According to standingstonetrail.org, "Located in Jacks Narrows near Mount Union, the steps were built in the 1950s by quarry workers who cut away a large slice of Jacks Mountain to quarry the ganister stone used to make silica bricks. The quarry opened around 1900, with its heyday in the early 1920’s. Local factories each day turned out nearly a half million bricks to earn Mount Union the title of Bricktown USA."

After passing several overlooks, including Shorbs Summit, the trail meanders down to a road crossing. Ahead, you're welcomed with a gentle traverse along the western slope of Stone Mountain.

An incredible stretch of trail lies ahead as you enter the Rocky Ridge Natural Area. According to standingstonetrail.org, "The region features a rare wildflower called obolaria, which grows only in one other place in Pennsylvania. The endangered putty root orchid, along with hundreds of lady slippers also can be found here." This area is also frequented by rock climbers due to the unique "standing" sandstone rock formations.

The final, and most challenging ridgetop traverse lies after Allensville Rd. Several rocky vistas make this a popular area for day hikes and two spur trails from Turkey Hill Road created even more options for day hikes. The trek across the ridge will likely be the most memorable of your thru-hike. Many of the rocks have been positioned to create a path as it traverses from Stone Mountain Hawk Watch to Greenwood Furnace.

The northern terminus for the SST lies in Greenwood Furnace State Park. Before its time as a state park, the furnace outlasted any of its predecessors. To this day, many of the original structures can still be seen.

If completing a longer thru-hike, take the opportunity to resupply at concession stand in the park. While this is the official northern terminus of the Standing Stone Trail, the Greenwood Spur of the SST lies ahead and connects to the Mid-State Trail at Detweiler Run Natural Area. 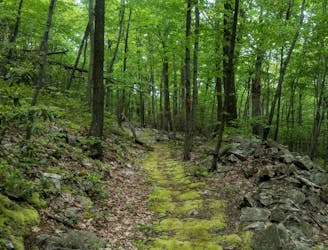 A popular overlook hike on the Standing Stone Trail, with a steep flight of rock stairs to test your stamina. 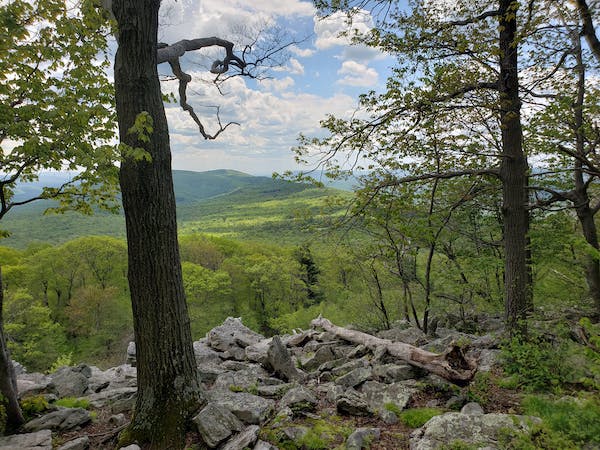 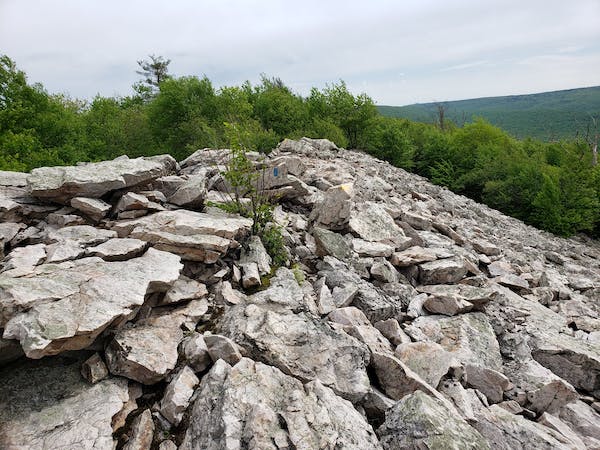