An out-and-back 10k trail run through Darby Canyon ending at the entrance of a massive cave.

A perfect summer destination, the Wind Caves in Darby Canyon offer an excellent 10k trail run through quiet backcountry, ending at the entrance to a massive cave. Best run in the peak of summer, expect an abundance of wildflowers along the trail, with wild huckleberries peaking in late July and early August. Those visiting close to dusk or dawn may even be able to view wildlife roaming along the mountainside.

The trailhead for this out-and-back run is at the end of Darby Canyon Road, less than 30 minutes from Victor or Driggs, Idaho. For those in Jackson Hole, set aside at least an hour for the drive each way.

The best chance for favorable weather is between May and September, though afternoon thunderstorms are always a possibility. According to this article by Teton Valley News, a trailside memorial denotes the location where a lightning strike "killed five and injured nine from Darby Girls Camp on August 1, 1951." Though the run is only three miles one-way, be sure to tell others of your plans, and don't hesitate to turn around if the weather turns sour.

The path is well maintained and easy to follow, making it a popular hike for families during the summer. There is only one intersection along the way, where runners will keep right to continue to the cave. As you approach the entrance, the trail becomes significantly more rugged and will likely slow your pace to a hike.

Wind Cave earned its name from a nearby "ice cave, which produces a cold wind," according to TheOutbound. Exploring further into the cave is a possibility, though it will require appropriate repelling gear and knowledge. Be mindful of the steep drop-offs as you explore the opening, and remember to turn around and soak in the incredible views behind you. At almost 11,000', Fossil Mountain can be seen to the east as Darby Canyon transitions into a massif that defines the westernmost edge of the Tetons. 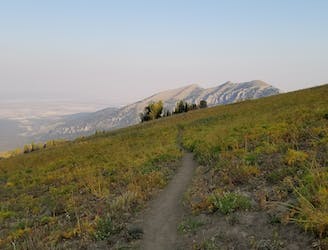 An incredibly steep approach to Table Mountain rewarded with stunning views of the Tetons. 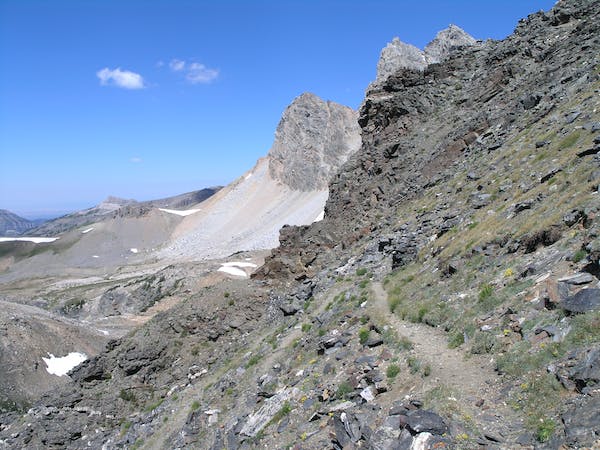