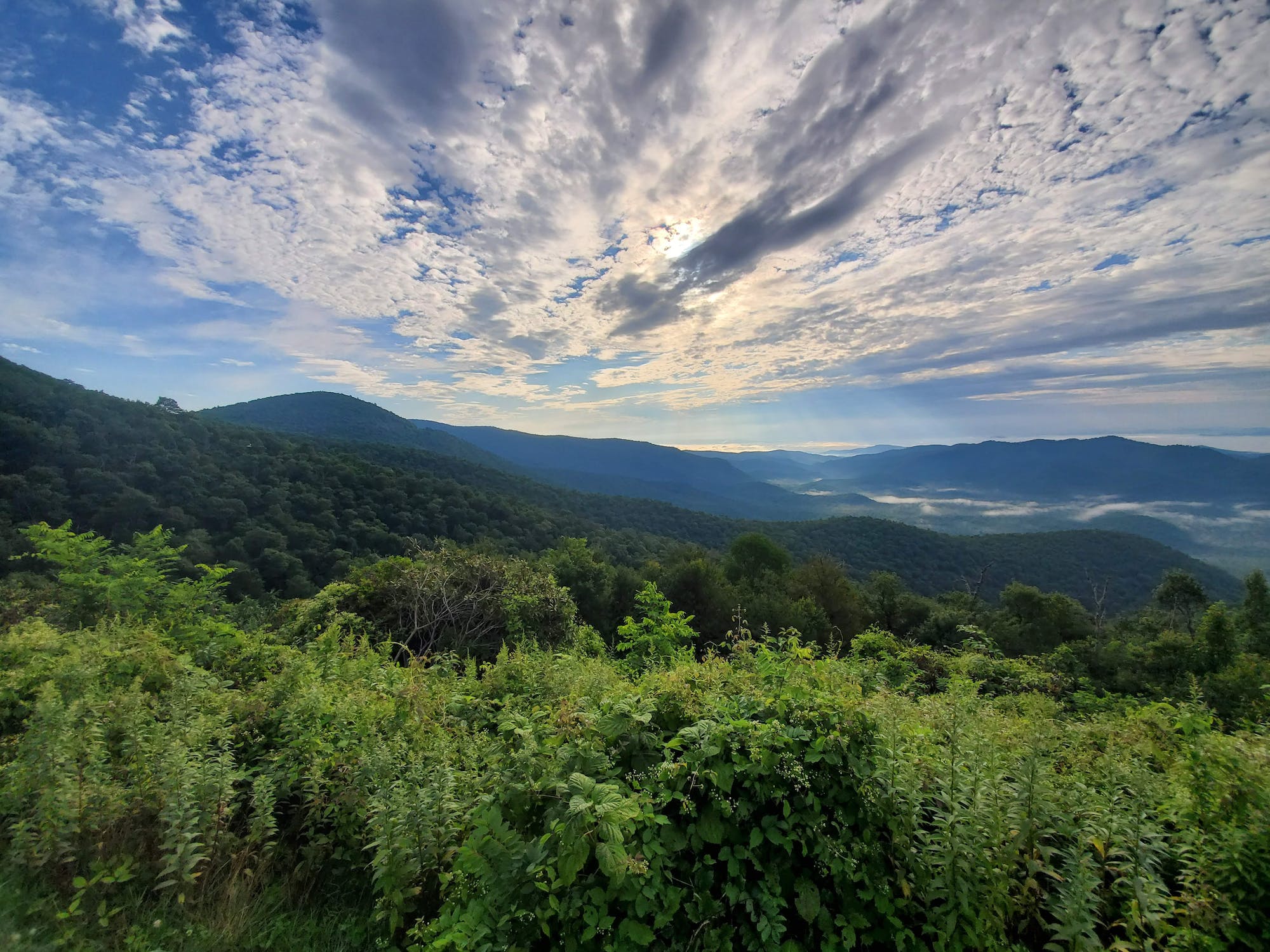 From roadside waterfalls to remote campsites and stunning views, the Pisgah National Forest in Western North Carolina is THE must-visit gravel riding destination in the Southeast.

Pisgah National Forest has earned a reputation as one of the top mountain biking, hiking, and trail running destinations in the east. Some have even nicknamed it "Moab of the East" due to its diverse and seemingly endless network of trail. The Pisgah totals over 500,000 acres and includes over 1,600 miles of trail, and that's before you factor in the gravel roads. Venture into the Cherokee or Nantahala national forests, and the miles of gravel almost triple!

Pisgah National Forest is split into three ranger districts, all of which have their own gravel guidebooks linked below:

Starting in Asheville, the Web Cove/Elk Mountain Loop is a local favorite and mostly paved, but has just enough gravel to warrant some wider tires. As mapped, the ride begins at Youngblood Bicycles on Merrimon Avenue in North Asheville. There are plenty of ways to start the loop, but this is their favorite and comes recommended by the owner of the store himself. This ride never ventures too far from town and only touches a small corner of the Applachian District – though it offers some killer views that reach as far as the Smokies! The Bent Creek/Arboretum Gravel Tour and Point Lookout/Mill Creek Loop are two other rides close to town – neither are too challenging.

Widely proclaimed as the central mountain biking hub in the Pisgah, Brevard is just 30 minutes from Asheville and worth setting aside a day for. The small town is home to several breweries, including UpCountry Brewing, Oskar Blues, and Ecusta Brewing—all great options for a post-ride beer. Both Yellow Gap Road and Avery Creek Road offer phenomenal gravel rides with views, waterfalls, and plenty of roadside camping if you want to take the bikepacking rig out for the night. Even better, the rivers and its tributaries are home to brook, rainbow, and brown trout – so grab a license, pack your Tenkara Rod, and set aside some time to stop and fish along the way! Oh, and don't forget to stop by The Hub & Pisgah Tavern before you head out!

Heading northeast from Asheville, the Grandfather District is a gravel biking paradise that must be explored. The Curtis Creek/Blue Ridge Parkway Loop stands out as one of the longer rides to make the list. Local bike shop Motion Makers highly recommends this loop and considers it perfect for any "strong rider who wants a serious 70+ mile loop starting in Asheville." Much of this route is paved, including the entire stretch of the Blue Ridge Parkway, but Curtis Creek offers a screaming fast descent down a quiet gravel road mid-ride. Even better, if you have the energy, you can ride straight to the top of Mount Mitchell. Just shy of 6,700', this grandstand is the highest point east of the Mississippi River and offers incredible 360-degree views from a viewing platform on the summit.

Further east, the Maple Sally/Brown Mountain Beach Loop and Two Gorges Loop are both top-notch gravel rides showcasing the beauty of both Linville and Wilson Creek Gorges. Of all the routes on this list, these may just be the two most remote and epic routes.

To the northwest, the Appalachian District is home to the renowned Appalachian Trail, plus endless miles of gravel road tucked deep in the mountains. The Appalachian District "consists of Pisgah National Forest lands that stretch westward from the Great Smoky Mountain National Park's eastern boundary to Craggy Gardens on the Blue Ridge Parkway to Roan Mountain near Tennessee," according to the USFS.

Heading to Hot Springs, NC? According to Wikipedia, the natural hot spring the town is named for is the only one of its kind in North Carolina, and in most of the southeastern United States. The Native Americans who originally occupied the area knew the spring to have natural healing properties, a belief that draws in countless tourists every year. The Hot Springs Gravel Grind is one of the best gravel loops around and pairs the beautiful French Broad River with a historic fire tower on Rich Mountain — the views are nothing short of epic!

Tucked away in the westernmost reaches of the Appalachian District, Max Patch is one of the most coveted spots anywhere on the 2,200-mile Appalachian Trail. While you could hike to the bald, grassy summit on this segment of the AT, you can also ride gravel roads to the mountaintop. The shortest and most direct route begins at the Harmon Den exit on Interstate 40 and heads directly to the summit following Cold Springs Creek Road. The other option is to begin near Waynesville for a long, epic day in the saddle. Even better, it loops back along the Cataloochee entrance to the Smoky Mountain National Park before returning to town. The area was "once home to a substantial Appalachian community and Cherokee hunting ground," according to sources), and is now home to the famous elk herd that can often be seen grazing in the area. 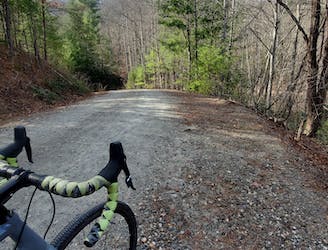 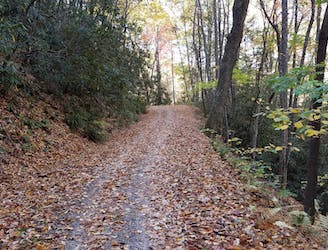 A gravel tour of Bent Creek Experimental Forest and the NC Arboretum. 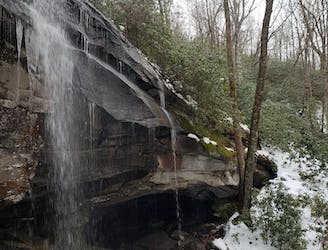 A go-to gravel ride near Brevard and a great intro to Pisgah National Forest. 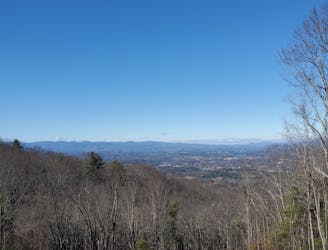 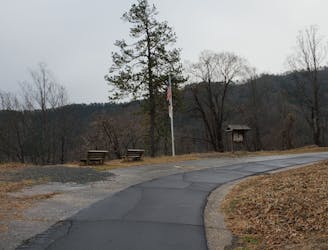 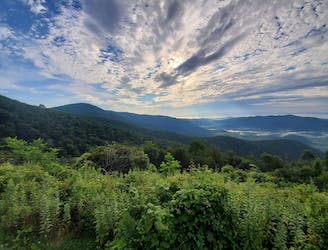 A mixed surface loop pairing all of Yellow Gap Road with a beautiful stretch of the Blue Ridge Parkway. 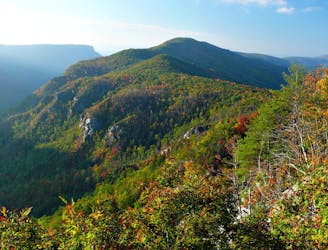 An epic adventure loop showcasing the beauty of both the Linville and Wilson Creek Gorges. 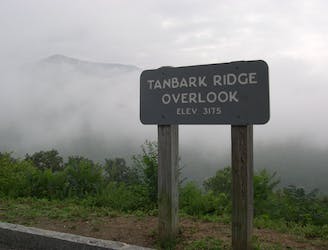 A challenging 75+ mile mixed surface loop with a side trip to Mount Mitchell. 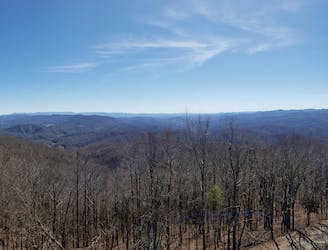 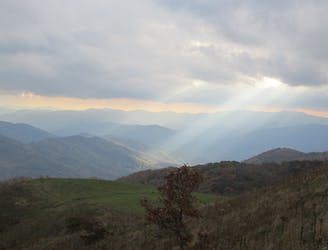 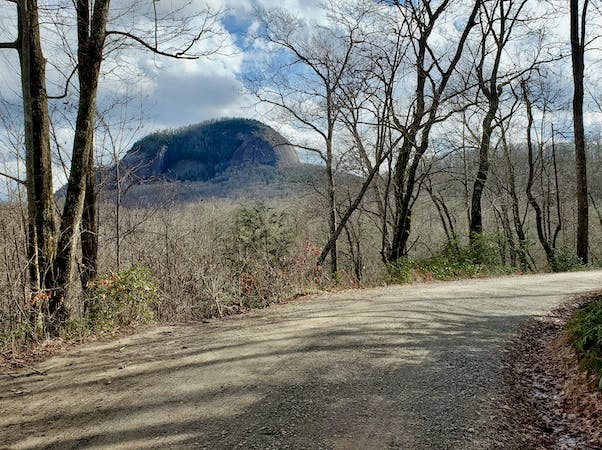 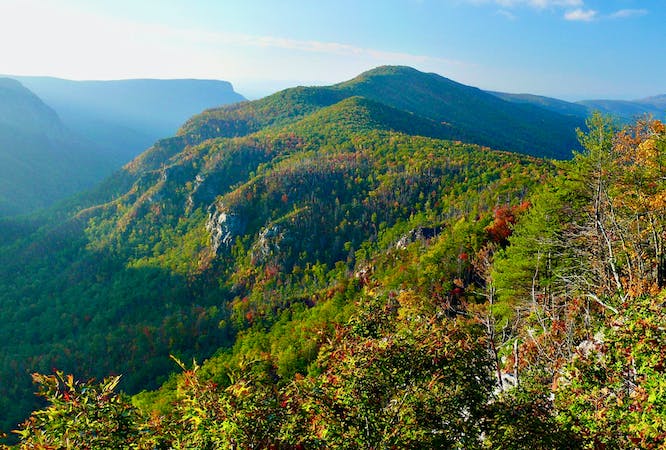 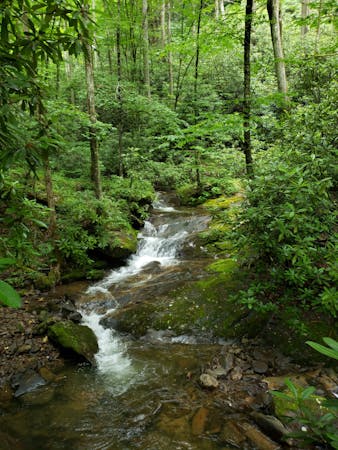