The brine pipeline between Hallstatt and Lauffen is still closed in 2019 due to logging, danger of falling rocks and maintenance work. "Ostuferwanderweg along Lake Hallstatt there is a beautiful alternative to the brine pipeline path. On the oldest pipeline in the world the Salzkammergut brine pipeline path leads from Hallstatt via Bad Goisern and Bad Ischl to Ebensee. The way is actually a factory site of the saltworks in the

Character:Not particularly difficult downhill hike, but short exposed spots require sure-footedness and a head for heights. Guided tours of the salt mine from the beginning of May to mid-October. Departure/end point: Hallstatt-Lahn, car park at the bus terminal. A visit to the Hallstätter Salzwelten is as much a part of a Salzkammergut holiday as salt is a soup. The exciting expedition into the world of the miners, garnished with a funny slide to the illuminated salt lake and the exit with the tunnel railway, offers a time travel through 4500 years of salt history. Since the funicular railway largely saves us the trouble of climbing the mountain, we can then follow the salt for a while: in 1595, construction began on the pipeline through which the brine, the brine from the mine, flows to this day into the Ebenseer Saline, 40 km away. The pipes were laid through the middle of a gorge and over the Gosauzwang, a curious 43 m high bridge structure on seven piers. The mountain station of the funicular railway is located at the beginning of the Salzberg-Hochtal valley: on the left a very steep path leads to the nearby show mine, on the right it leads up to Rudolfsturm (dream view of Hallstatt). The brine pipeline path (No. 601) goes straight ahead over many steps down to the Mühlbach. On well-secured stairs and footbridges you descend through the Höllschlucht gorge into the steep Hallstätter Bannwald forest. To the right there would be a direct path down to the market - the brine pipeline path, however, leads gently descending further north through the steep flanks of the Steingrabenschneid, crosses several ditches and finally reaches the Gosauzwang, the high bridge over the Gosaubach (before and after you can descend to the road near the Gasthof Gosaumühle). The following section of the brine pipeline path was cut out of the rocks in places and leads through the steep flank of the Ramsau mountains. Shortly before the power station we can descend to the right to Steeg. At the bottom of the road on the right you will come to the boat landing place, on the left - over the Traunbrücke bridge - you will come to the nearby railway station Steeg-Gosau. Rest stops:Gasthof Rudolfsturm, Salzbergwerk-Kiosk, Gasthof Gosaumühle. "Order hiking maps to the Dachstein Salzkammergut region ...: "To the 360° panorama tour through Hallstatt ....http://dachstein.salzkammergut.at/kartenbestellung: "Mountain rescue: 140 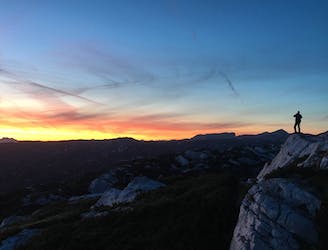