The toughest and most spectacular day yet on the trip

This is a truly special trekking day which takes you past peaceful mountain lakes, over a wild pass and beneath some classic Andean peaks.

Start out by traversing around the western shore of Lake Juri Khota and then climb up to a frozen lake which seems to hang on the rocky slope beneath the Condoriri peaks. After spending a few days acclimatising in La Paz and Lake Titicaca, and a further few days trekking to get to this point, it’s fabulous to now be amongst the high mountains. This is what you come to the Andes for!

From the lake head up to the Apacheta Col, which is reached via some rocky ground and some easy scrambling. There is nothing technically difficult but there are a couple of exposed scrambling moves so peel your eyes away from the view and concentrate on your movement when overcoming the steeper sections. It takes about 4 hours to reach the Col at a relatively leisurely pace and if you’ve still got some energy left, an extra 45 minutes of uphill will reward you with the summit of the nearby Apacheta peak, which is known as Pic Austria.

Descend east from the Col down to a large flat area right next to Chairkhota Lake. Set up camp and prepare for a big summit day tomorrow. The ascent of Pequeno Alpamayo is challenging and if you carry on down to the road after the summit (which is the recommended way to do it) then it’s a long day and you’ll need to be as fresh as possible for it. Spend the afternoon organising your kit for the summit and get an early night. 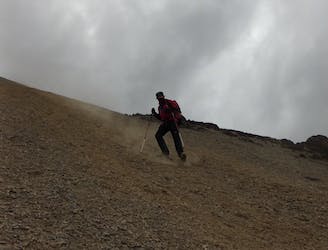 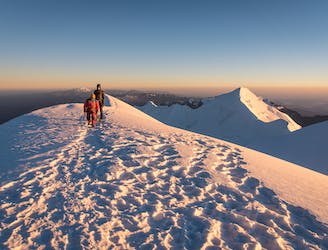 Bolivian Peaks - An Epic Journey Through the Andes