Starting in the Megève ski area, this is a popular accessible, fun and varied itinerary with some of the best views in the region!

With 1,025m of elevation gain, the Grande Croisse Baulet is an ideal objective for a variety of motivations from fast and light mountain athletes looking for a quick smash and grab half day tour to newbie ski tourers looking to hone their skills on a well-accessed route with a remote summit reward.

On a good day it offers excellent heli-ski style hero powder skiing but crucially without the crowds that are regularly found in other more popular spots around the valley.

From Megève, follow the Route du Jaillet as far as snow clearing allows - direction de la Mottaz. Late in the season you will probably be able to drive all the way to the official start of the tour at the Ball Trap (clay pigeon shooting area) at 1,420m.

From here, leave the base of the Télésiege des Prés on your left and follow the blue Bel Ava piste ahead which immediately crosses underneath the chairlift. Make your way up through the forest following the signs for the Chalets des Frasses. At this point head north west in the forest and follow signs for the col du Jaillet.

You will emerge from the forest at around 1,700m. At this point head west/north west along a relatively flat track to the Col du Jaillet (1,723m)

At this point the route climbs gently upwards again in the trees in a N/NW direction towards the first summit of the day - the Petit Croisse Baulet (2,009m).

Take a break here, have a drink and a snack and breathe in the awesome panoramic views of the Mont Blanc Massif, the Fiz and the Aravis, Those with tired legs can retreat from here by simply reversing the route but we strongly recommend carrying on the the 'Big' Croisse if you can!

From the top of the Petit Croisse Baulet, head in a north/north easterly direction (with skins on or off) along a gently descending slope towards the Col de l'Avenaz (1,929m).

At this point the route climbs again in towards the summit of the Grande Croisse Baulet itself (2,236m).

The best route is stick to the wide ridge that winds its way in a N/NW direction towards the summit. The gradient is slightly less steep than the more direct route up the middle of the face.

You will be skiing back down the same way so be sure to observe the conditions on the way up so you can sniff out the best snow and maximise the descent. The final section is the steepest of the day so make sure you leave something in reserve for some potential kick turns!

Once at the top, it's time to enjoy one of the best view points in the valley! From here you can see some of the most iconic summits in the world including the Aiguille Verte, the Aiguille du Midi and the highest mountain in western Europe - Mont Blanc (4,810m).

The first part of the ski from the summit of the Grande Croisse Baulet to the Col de l'Avenaz tends to offer the best skiing (if unaffected by wind) - a wide open S/SE facing slope with plenty of room to rip up those GS turns in fresh powder (if you're lucky!).

If you're carrying enough speed you might be able to make it the whole way back along this flatter section without stopping to take your skins off but if you prefer to take your time that's fine too!

Once you reach the end of the track, it's time to dive back into the forest from whence you came a few hours ago.

Whether you choose to join back up with the piste as soon as possible or keep nipping through the trees will be no doubt dictated by a combination of personal preference and snow conditions!

Whatever you decide, you're basically heading back in a S/SE direction to the base of the Telesiege du Prés.

After around 6 hours on the hill we reckon you should head to one of the many cafés in Megève for a well earned treat! Our fave is the Patisserie Le Comptoir Du Père Sotieu - but make sure you bring enough money as Megève can be a touch on the pricey side! 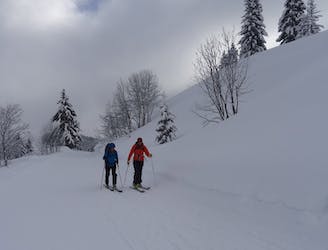 A beautiful tour with an easy approach and fabulous skiing. 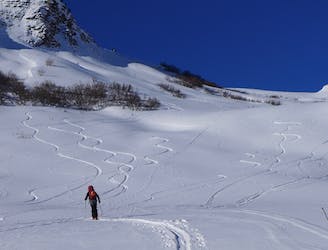 A fine ski tour on the wilder side of the Croisse Baulet. 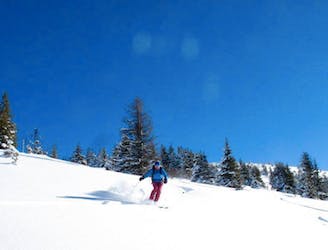 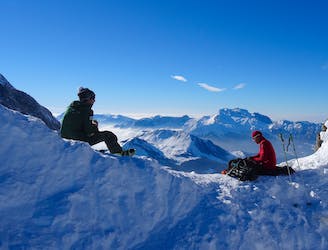 An exciting ski tour in one of the wilder parts of the Aravis. 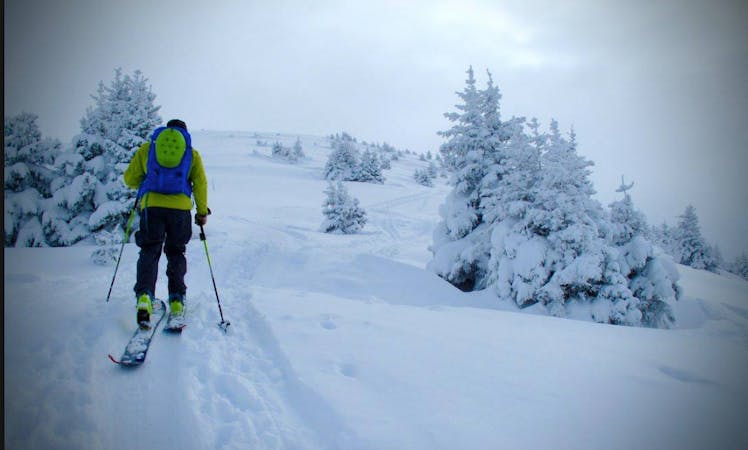 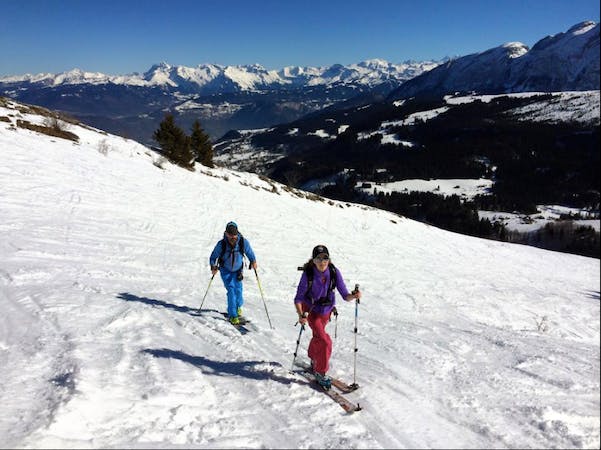 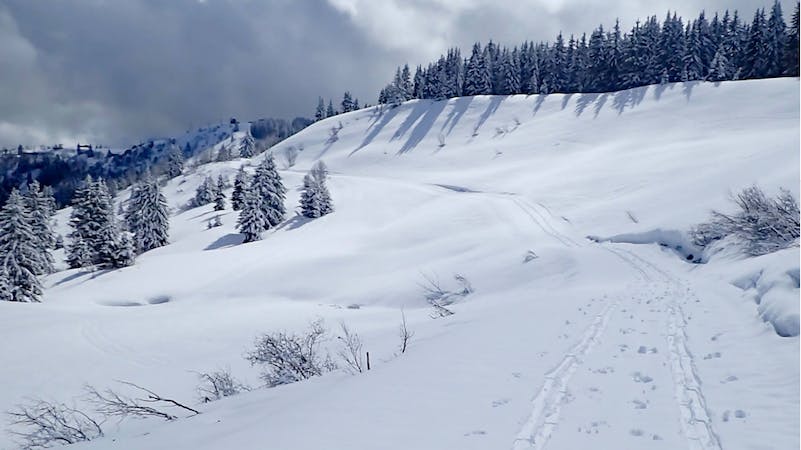