A classic ski tour in a peaceful and little known part of the French Alps.

This is a great little ski tour, ideal for getting to know the area. The skiing is mellow and mainly stress free, but there are some sections that pass through avalanche terrain so there are still some decisions to be made while you’re doing this route.

Start out in the hamlet of Les Fonds, which is about as quiet a settlement as you’ll ever find in the French Alps. Skin south on a track into a deep cut valley and follow this around to the south of Pic Lombard’s west face. Leave the valley floor and begin skinning up towards the foot of Pic Lombard's west ridge.

Skin up the ridge crest itself, enjoying the wilderness of the Queyras National Park as you go. The skinning is not technical but the ridge does get narrow in places and it can be easier to boot along it than skin in places, particularly higher up.

Upon arriving on the summit, pull FATMAP out and spend some quality time studying the peaks around you and planning for future adventures. The stunning North Couloir on the Sommet du Grand Vallon really stands out and makes for a great follow up to this tour.

Having geeked out for a while, put your skis on and ski the beautifully consistent south face of Pic Lombard and then push around to the west and ski mellow but flowy terrain back towards the track you initially skinned up.

Join the track as late as possible and hold onto as much height as you can in order to avoid any unnecessary poling/sidestepping and then ski down easily to Les Fonds. 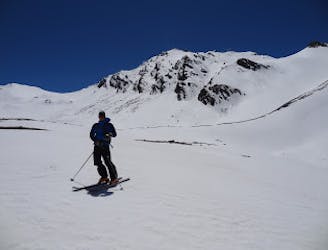 A classic ski couloir in a wild valley 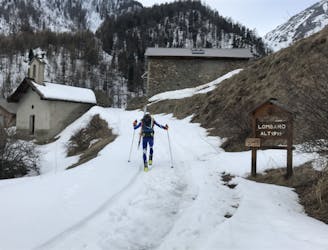 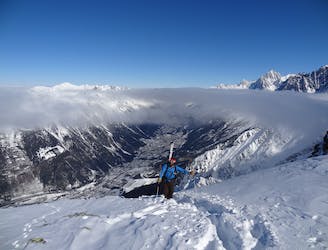