Northern portion of the Spite Highway Trail, beginning from the campground on Elliott Key.

Back in the 1960s, there was hot contention over Biscayne Bay, about whether it should be developed for real estate or preserved as a national park. In the end, conservationists won over public support and the lawmakers, but not before bitter landowners bulldozed a swath of forest clear across the largest island, thus creating the “Spite Highway” on Elliott Key. It never became a real road, though, and today it makes a nice hiking trail through the island’s interior. Vegetation has regrown thickly on either side, leaving only a footpath through a tunnel of greenery.

To get to Spite Highway, you could paddle to any place on Elliott Key then access the trail, but bushwhacking may be required. The typical place to start is the campground and marina area. From there, a well-traveled path leads past the ranger station and into the woods, then intersects the Spite Highway trail. Go either north or south as far as you like from there. 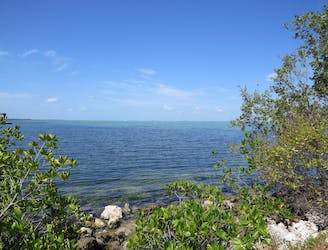 A path through the forest where you can find some small, secluded beaches on Elliott Key. 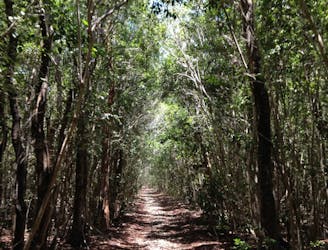 Southern portion of the Spite Highway Trail, beginning from the campground on Elliott Key. 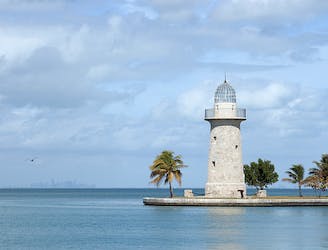